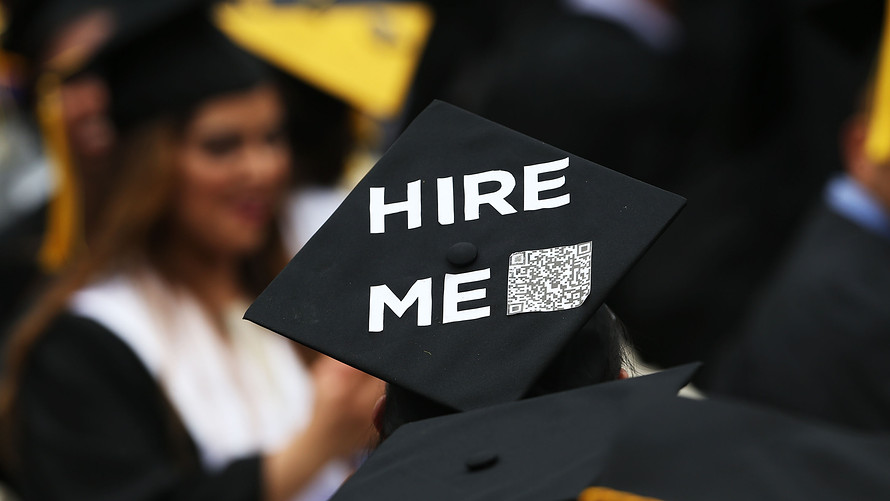 Ask economists and policy makers to what extent we should be worried about 20 and 30-somethings’ historically high levels of student debt and you’ll get a broad spectrum of answers. After all, this group is also the most educated ever and higher education is becoming increasingly necessary to guarantee a decent standard of living in the U.S.

But ask many borrowers in this generation whether they worry about how the loans will affect their future and you’ll get a slew of bleak replies: It’s stopped them from getting their car fixed, switching jobs, buying a home and having children. Even a tax credit aimed at helping working low- and moderate-income Americans can be seized to repay defaulted student loans.

People say student debt has stopped them from switching jobs, buying a home and having children. Even a tax credit aimed at helping working low- and moderate-income Americans can be seized to repay defaulted student loans.

They feel that the $1.5 trillion in student debt has crippled their progress towards financial stability. A paper released Tuesday by the Roosevelt Institute, a progressive think tank, aims to put some economic rationale behind those sentiments.

The researchers hope to shift the conversation about student debt from one that assumes student loans are a useful tool for improving individual’s economic prospects to one that acknowledges that higher levels of debt and education haven’t necessarily boosted young Americans’ financial futures.

“We are making several policy decisions right now based on the idea that student debt is essentially a benign mechanism for funding higher education,” said Julie Margetta-Morgan, a fellow at the Roosevelt Institute and one of the authors of the paper, which focused on borrowers between the ages of 25 and 40. “Our research suggests that is not, in fact, that case.”

“We’ve essentially engaged in a failed social experiment where the government thought that it would be fine to give people student debt because that would pay off in the long run and we’re seeing that’s not the case,” she added. “Individuals shouldn't bear all the burden for paying for that mistake.”

Workers are getting degrees, but salaries aren’t going up

The paper shines a different lens on the numbers experts have historically used to argue that student debt is a decent investment in a worker’s future. The authors focused on “the college wage premium.” That refers to the increase in earnings a worker receives for a college degree over just a high school diploma.

Between 2000 and 2017, the share of employees with college degrees has increased by about 6%, but this paper says it hasn’t translated into an earnings increase among those workers.

They note that while college graduates make more than 50% more than their counterparts with who didn’t earn a degree, much of that disparity is driven by a drop in the value of a high school diploma. Put another way: Between 2000 and 2017, the share of employees with college degrees has increased by about 6%, but that hasn’t translated into an earnings increase among those workers, according to the paper. At the same time, median student debt increased from $10,000 to more than $20,000.

The authors argue that “credentialization” is one of the driving forces behind this. That refers to how the availability of federal student loans allows employers to demand more credentials from workers without having to pay for them. Instead, individuals — and, in some cases, taxpayers — foot the bill. Higher education institutions are also able to increase their revenue by offering more of these types of degrees.

“The idea that student debt pays for itself is just a false economic inference,” said Marshall Steinbaum, research director at the Roosevelt Institute and the other author of the paper. “That has been used to justify prescriptions for individuals and to justify policies.”

High balance borrowers are cause for concern

The paper also questions the idea that policy makers should be only concerned with borrowers who have defaulted, which has long been considered the most dire consequences of struggling with student debt. For borrowers with high levels of student debt and education, it may appear as if their investment is paying off because they’re able to manage their monthly payments. But the authors argue that these borrowers are actually struggling under the weight of it.

The paper questions the idea that policy makers should be only concerned with borrowers who have defaulted — long considered the most dire consequences of struggling with student debt.

Steinbaum said students may be using an income-driven repayment program that allows borrowers to pay of their loans at a manageable percentage of their income to avoid default, but such measures stretch out the lifetime of the loan.

Matthew Chingos, the director of the Education Policy Program at the Urban Institute, a Washington, D.C.-based think tank, is one of the experts who has tried to steer the public narrative and policy conversation around student debt away from high-balance borrowers with advanced degrees.

In his book, “Game of Loans: The Rhetoric and Reality of Student Debt,” Chingos and his co-author Beth Akers, argue that policy makers and the media should be most concerned with borrowers most likely to default — those with relatively small student loan balances who didn’t get a return on their college degree.

He agrees that there may be a psychological consequences to having a high student loan balance, even if it comes with manageable monthly payments. From a policy perspective, that borrower is much less of a concern from one who is in default, he added. “I wouldn’t lump those things together,” he said.

The dynamics discussed in the paper — including credentialization and the inability of educated people to move ahead of previous generations — affects borrowers of color more acutely, the researchers note.

Other research indicates that black borrowers rely more on student debt and struggle more to pay it off than their white counterparts, in part because the racial wealth gap means they have less family money to rely on when paying for school. What’s more, discrimination in the labor market means that black workers typically need more education than white workers to make the same amount of money.

Research indicates that black borrowers rely more on student debt and struggle more to pay it off than their white counterparts, in part because the racial wealth gap means they have less family money to rely on when paying for school.

Given all of this, the researchers question the role student loans have played over the past several years in policy makers’ efforts to increase prosperity by boosting workers’ skills. “The federal government’s most important labor market policy is the expansion of the student loan program,” Steinbaum said. “As a labor policy that has not been a success.” Instead he suggests policy makers focus more on shifting power from employers to workers.

For Chingos, the evidence that the wages of college graduates are stagnant and that earnings for those with a high school diploma is troubling, “but I’m not sure what it tells us about higher education and student debt,” he said. “If the point is that ‘we’re all screwed because of the structure of the labor market,’ then go fix the labor market.”

Some of the implications of the paper are that fixes to the labor market would help to mitigate some of these challenges, the authors say. Such fixes include policies like increasing the marginal tax rate on top incomes and modernizing labor law to make it harder for employers to classify workers as independent contractors.

But tweaks to our higher education and student loan system would also help curb some of the issues raised in the paper, according to the authors. Their findings suggest that policy makers should consider some kind of partial student-debt cancellation for borrowers, Steinbaum said.