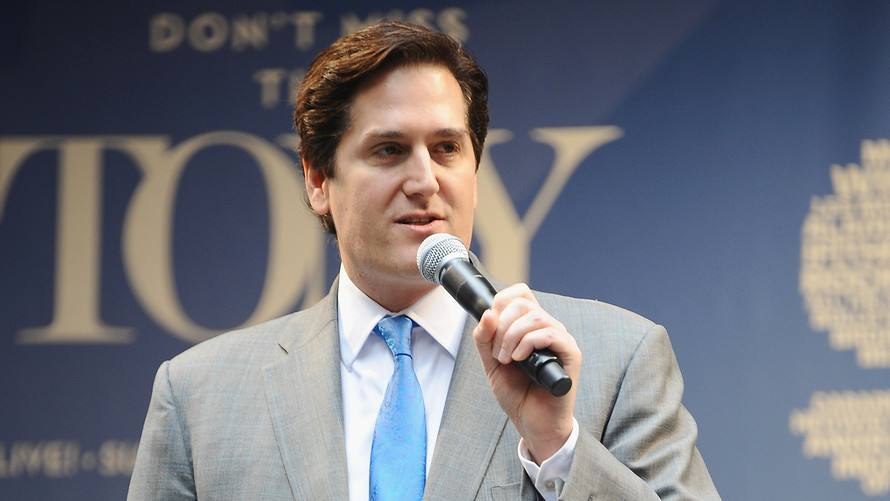 Gary Gershoff/Getty Images for Tony Awards Productions
A judge ruled that Nicholas Scandalios could have access to his husband’s cloud-stored photos.

Before his sudden death, Ric Swezey was the family photographer, capturing memorable moments with his iPhone and digital camera.

When Swezey died in an accident two years ago, he left behind his husband, their two kids — and access to precious photos stored in the 45-year-old’s password-protected Apple /zigman2/quotes/202934861/composite AAPL +1.98%   account.

Now a Manhattan judge is ordering Apple to give Swezey’s surviving husband, Nicholas Scandalios, the needed access to any photos behind the Apple ID.

The Cupertino, Calif. technology colossus didn’t fight the request, but said it needed to see a court order before it could open up Swezey’s account. That’s what Scandalios’ lawyers secured.

It’s a victory for the family and a broader win for people in Scandalios’ predicament, his lawyers say.

The photographs were important, especially seeing that it was a family with young children, Scandalios’ attorney, Jessica Malkin, told MarketWatch. “We don’t want to lose those memories,” she said.

The ruling adds clarity to a new and changing area of law on how “digital assets” like photos are passed down generation to generation, said Malkin, an associate at the law firm of her father, David Malkin.

In the past, David Malkin helped his clients make wills to ensure their loved ones would have access to their inherited belongings after they were gone. That list now includes cloud-stored accounts. “This is a standard practice,” he said.

Last wills and testaments are widely believed to be among the world’s oldest legal documents. Cloud storage, data privacy and the bevy of user passwords are cutting edge complications that families and lawyers now must consider.

And even if there are scores of Americans who now have to confront the issue, there are many more who aren’t at all. Just four in 10 American adults have wills, according to Caring.com , a website focusing on senior caregiving.

Swezey’s will didn’t have any language explicitly letting Scandalios get access to his digital property. But that wasn’t because of any secrecy between the couple. Scandalios, executive vice president of the Nederlander Organization, which owns several Broadway theaters, said their home computers faced each other and no one ever tried shielding data. They looked on Swezey’s computer as they crafted the family’s holiday cards.

The plan, he added, was going to be that Swezey would transfer the images to Scandalios’ account.

Mella, the judge in the case, said the photos weren’t the sort of “electronic communication” that required proof of the user’s consent or a court order. Her ruling is just the third known ruling to delve into New York’s laws on estates and digital assets, Malkin said.

New York has its own law on the issue. Most other states (41) have adopted the same law (known as a uniform law) which gives an estate’s executor default access to all digital property stored locally on an electronic device like a laptop or smartphone, according to Suzanne Brown Walsh, an attorney at Murtha Cullina in Hartford, Conn. Walsh chaired the Uniform Law Commission drafting committee that wrote the law.

However those laws say executors must have court orders or specific proof of consent in a will to get cloud-stored files from providers like Apple or Google /zigman2/quotes/205453964/composite GOOG +2.40%  that operate under federal privacy laws. Which means it can be tricky for people who aren’t prepared to gain access to those files.

A Google spokeswoman said the company has an “inactive account manager” page, which lets individuals pick the people who could have access to their information if they couldn’t do it, along with a process for dealing with a dead person’s account. “Our primary responsibility is to keep people’s information secure, safe, and private, and any decision to satisfy a request about a deceased user will be made only after a careful review,” she said.

Delaware’s law gives default access to all digital assets, whether they’re in a cloud or stored locally. Oklahoma, Louisiana, Pennsylvania, New Hampshire and Kentucky have no laws at all, Walsh noted. California follows a portion of the uniform law, said Walsh. Massachusetts doesn’t have a law, but its courts have grappled with the issue in a long-running case about family’s bid to access a dead brother’s Yahoo email account.

The ruling in the Scandalios case showed a recurring theme of cloud storage companies not wanting to hand over access too readily, Walsh said. “They still want courts to confirm what the others have already confirmed: That you get access.”

Planning ahead can help people in similar situations bypass aggravation and legal bills.

People who already have a will, but no verbiage about “digital assets” don’t need to rip up the document and start over, she said.

It’s sufficient to add a new document specifying which people are allowed access to dead person’s cloud accounts. Walsh likens the addendum to a medical patient’s privacy right release that says who can be in the know. Future versions of the will can incorporate the document, she said.

Another crucial step is to give your loved ones access to your password manager and other forms of data back-up, Walsh added. That way grieving clients would only have to deal with internet and cloud providers when they don’t have other ways to access the files.

“We never want our clients to enter into arguments,” she said.

It’s another issue when there’s no will to work off.

Walsh said the absence of a will puts survivors on much more unsure footing for access to cloud stored files. At the very least, some sort of document on who gets digital access would help, according to her.

Then again, there could be folks who don’t want loved ones seeing certain online accounts.

“If you are in that camp, you better plan,” Walsh said.