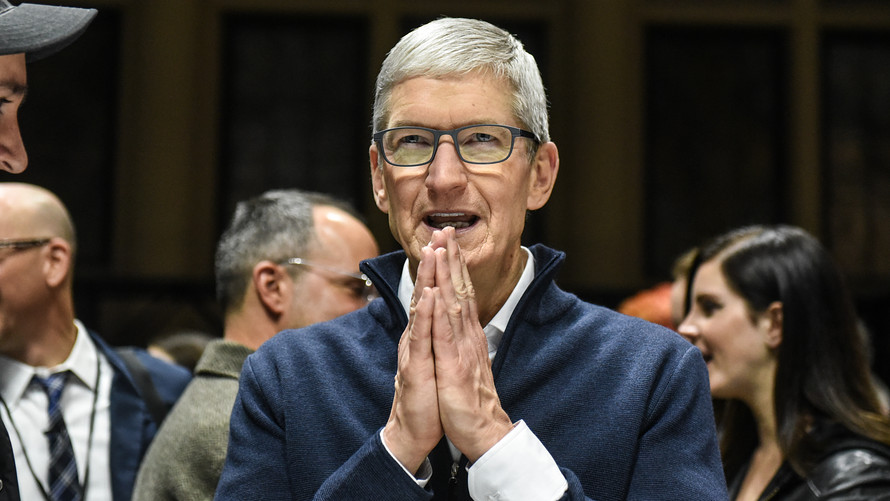 Half of the 41 analysts surveyed by FactSet cut their targets, some by as much as $100. 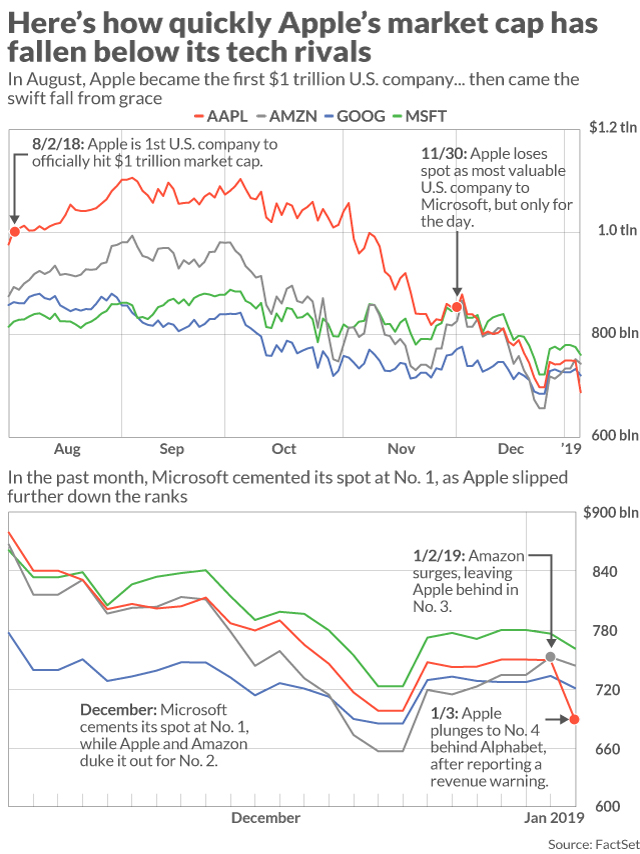 Goldman Sachs analyst Rod Hall chopped his price target by 42% to $140 from $240, while maintaining the neutral rating he’s had for the past 11 months. Beyond China, Hall is also concerned by weaker rates for iPhone replacements, likening Apple’s current predicament to the one that knocked Nokia Corp. off its perch more than a decade ago. Read more about Apple’s revenue warning.

Analyst Brian White at Monness Crespi Hardt also slashed his target by $100 to $200, but kept his rating at buy, citing a valuation that he believes is “depressed.” He said Apple’s net cash position of $25.29 a share help keep him bullish. 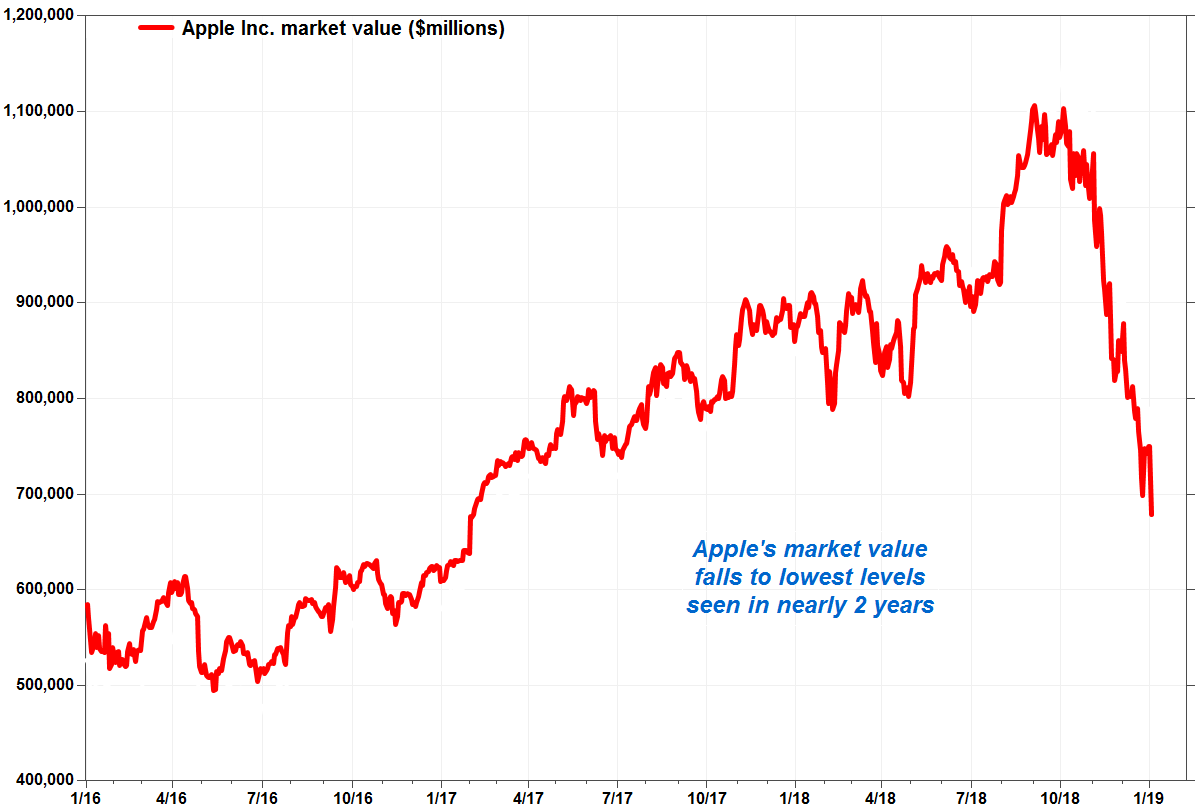 Meanwhile, Jefferies’ Timothy O’Shea downgraded Apple to hold, and cut his price target to $160 from $225, citing concerns over how the company will deal with its biggest “miss” in years.

“We still think Apple can build a massive services business over time. But [Apple] hasn’t missed its guide in years, so the extent of this miss suggests it is navigating uncharted waters,” O’Shea wrote in a note to clients. “We move to the sidelines and wait for clarity as uncertainty grows around the hardware business.” 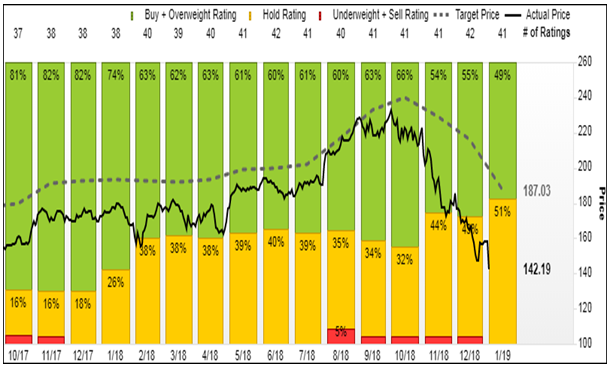 “Last night Apple delivered a bombshell negative preannouncement that will be a defining moment for Cook & Co. for years to come,” Ives wrote in a research note. “Although the company had some soft quarters over the past 20 years that missed Street expectations, in the modern iPhone era last night was clearly Apple’s darkest day in our opinion and represents a challenging growth period ahead for the company (and its investors).”

Ives kept his rating at buy despite the “black eye” results, because he believes Apple is an “installed base story of 750 million active iPhones worldwide,” with nearly half of those in the window of upgrade opportunity over the next 12-to-18 months.

Apple’s “bombshell” also hurt shares of its suppliers, even though many had already issued revenue warnings in recent months citing weakening demand from a large smartphone customer.