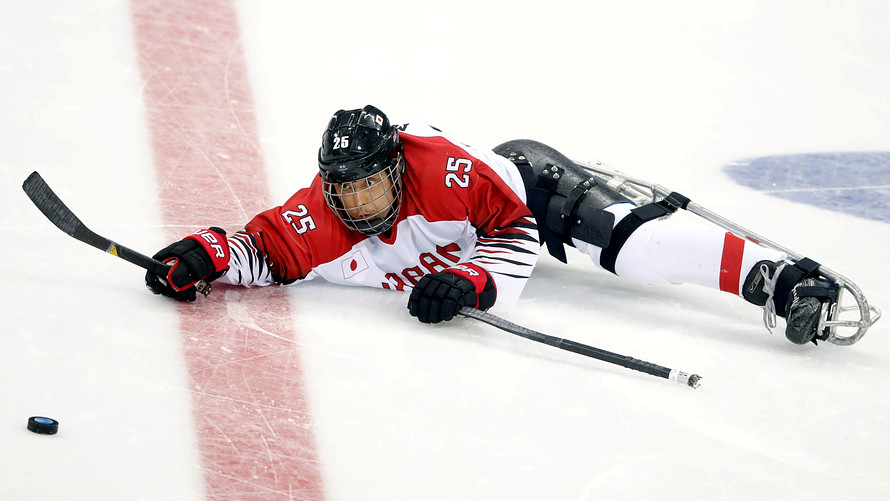 Reuters
Japan’s Eiji Misawa drops to the ice at the Winter Paralympic Games in South Korea on Wednesday.

Stocks in Japan and Hong Kong initially dropped by more than 1% following falls in major U.S. benchmarks overnight, but as investors perceived overselling they stepped in and pushed the Nikkei and the Hang Seng back into positive territory. Hong Kong’s recovery was helped by southbound flows from mainland China.

The initial pessimism stemmed largely from a third straight fall in major industrial stocks in the U.S. concern over the implications of protectionist trade policies. The Commerce Department said Wednesday that U.S. businesses seeking to avoid tariffs on supplies they import will face high hurdles. A puzzling decline in U.S. retail sales, meanwhile, hit stocks in that sector.

There is still a risk that U.S. President Donald Trump may keep his campaign promise and impose significant tariffs on China, which could hurt the whole of Asia, said Vasu Menon, a senior investment strategist at OCBC Bank.

“Xi Jinping is a strongman and his own actions in purging his rivals and corruption in China shows he will not shy away from taking an aggressive stance if Trump hits China with significant tariffs,” said Menon.

Still, China may act less aggressively if the tariffs are limited to steel and aluminum, which will have a relatively low impact on its economy, said BNP Paribas Investment Partners’ head of Chinese stocks Caroline Yu Maurer. “That is why we haven’t seen much retaliation,” she said.

Do you hate politics? Here's how you could profit from it using ETFs

Here's how ETFs enable investors to buy stocks that would benefit from the policies of the Republican or the Democratic party, regardless of their personal political beliefs.