Asymptomatic transmission ‘is the Achilles’ heel of COVID-19 pandemic control,’ one study says 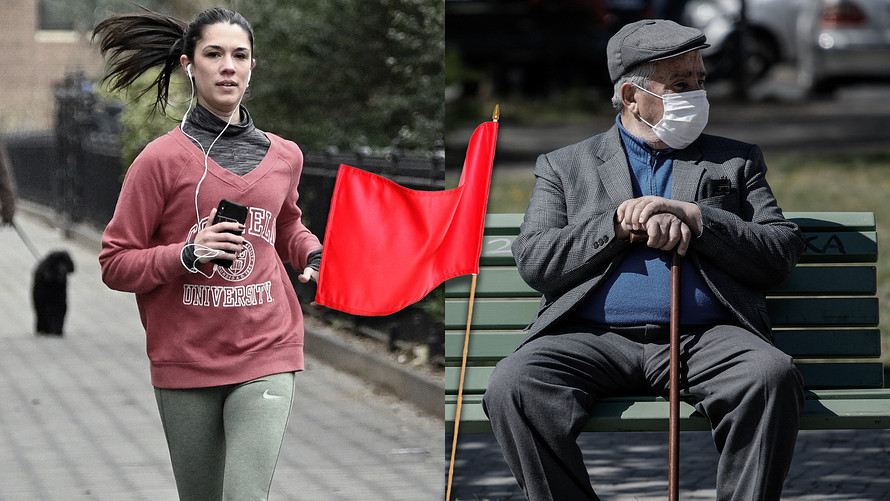 MarketWatch photo illustration/Getty Images, iStockphoto
The WHO currently estimates that 16% of people are asymptomatic and can transmit the novel coronavirus, while other data show that 40% of coronavirus transmission is due to carriers not displaying symptoms of the illness.

How worried should you be about asymptomatic transmission of COVID-19?

‘This virus has very peculiar immunological secrets wrapped up inside it.’

Gregory Poland, who studies the immunogenetics of vaccine response in adults and children at the Mayo Clinic

The World Health Organization estimates that approximately 16% of people with COVID-19 are asymptomatic and can transmit the coronavirus, while other data show that 40% of coronavirus transmission is due to carriers not displaying symptoms of the illness.

Public-health officials have advised people to keep a distance of six feet from one another. Face masks are designed to prevent the wearer, who may be infected with COVID-19 but have very mild or no symptoms, from spreading invisible droplets to another person and thereby infecting them too.

Anthony Fauci, director of the National Institute of Allergy and Infectious Diseases, says that in his 40 years of dealing with viral outbreaks, he’s never seen anything like COVID-19. “I’ve been dealing with viral outbreaks for the last 40 years. I’ve never seen a single virus — that is, one pathogen — have a range where 20% to 40% of the people have no symptoms,” he told a recent House Committee on Energy and Commerce hearing on the Trump administration’s response to the novel coronavirus pandemic.”

But “there’s nothing magic about six feet,” said Gregory Poland, who studies the immunogenetics of vaccine response in adults and children at the Mayo Clinic in Rochester, Minn., and is an expert with the Infectious Diseases Society of America.

“The virus can’t measure,” he told MarketWatch. “For example, the viral cloud while speaking will extend 27 feet and linger in the air for about 30 minutes. This is more like influenza in the sense that people transmit the virus prior to experiencing any symptoms and some people, of course, will not get sick.”

Letter from New York: ‘When I hear an ambulance, I wonder if there’s a coronavirus patient inside. Are there more 911 calls, or do I notice every distant siren?’

Asymptomatic transmission “is the Achilles’ heel of COVID-19 pandemic control through the public-health strategies we have currently deployed,” according to a May 28 editorial in the New England Journal of Medicine .

The editorial, by researchers Monica Gandhi, Deborah Yokoe and Diane Havlir at the University of California, San Francisco, referred to recent study of a coronavirus outbreak at a skilled nursing facility, which concluded that epidemiologic evaluations of COVID-19 outbreaks within skilled nursing facilities “strongly demonstrate that our current approaches are inadequate.”

Asymptomatic transmission ‘is the Achilles’ heel of Covid-19 pandemic control.’

Gandhi, Yokoe and Havlir said those symptoms include high genetic relatedness, transmission primarily through respiratory droplets, and the frequency of lower respiratory symptoms (fever, cough, and shortness of breath), with both infections developing a median of five days after exposure.

“Despite the deployment of similar control interventions, the trajectories of the two epidemics have veered in dramatically different directions,” they added. “Within 8 months, SARS was controlled after SARS-CoV-1 had infected approximately 8,100 persons in limited geographic areas.”

The stock market has been on a wild ride in recent months. The Dow Jones Industrial Index (DOW:DJIA) , the S&P 500 (S&P:SPX)  and Nasdaq Composite (NASDAQ:COMP) closed higher Wednesday, as investors awaited round two of a fiscal stimulus. 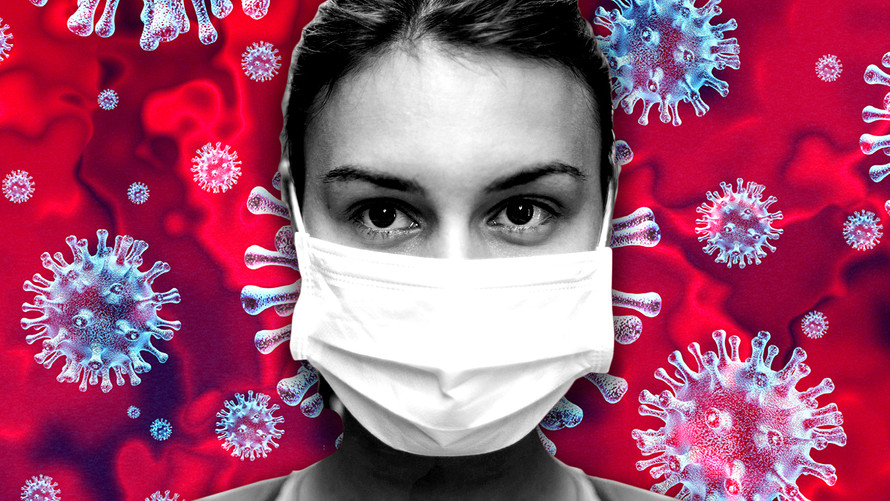 MarketWatch photo illustration/iStockphoto
The American public has been confused about the number of asymptomatic people and how contagious they are.

Here are five reasons to care about asymptomatic transmission:

1. COVID-19 has high viral loads in the upper respiratory tract

The University of California, San Francisco study said there’s a high viral load of SARS-CoV-2 shedding in the upper respiratory tract, even among pre-symptomatic patients, “which distinguishes it from SARS-CoV-1, where replication occurs mainly in the lower respiratory tract.”

2. Outdoor joggers could create a viral ‘slipstream’ of 30 feet

The controversy over asymptomatic transmission wasn’t the first time authorities left the public mystified about best practices. In April, after weeks of obfuscation over the efficacy of face masks, the Trump administration and Centers for Disease Control and Prevention said Americans should wear them. Some studies suggest transmission is more likely without a mask.

“A runner who doesn’t yet know he’s sick running in front of you is likely to infect you with the slipstream behind him by around 30 feet,” Poland said. “At six feet, the largest respiratory droplets have settled out onto the ground.”

“WHO told us that mask wearing was unnecessary and then it was necessary,” he added. “If you’ve only had a few people sick in a hospital room, you can still culture the virus off doorknobs and light bulbs. It may also be that the risk of transmission is higher with people coughing and sneezing.”

3. Some experts say masks are so-so in their effectiveness

“Unless you’re wearing a PAPR, a self-enclosed breathing unit, there’s no such thing as safe,” Poland said. “They’re so-called space suits. The only thing you can be is safer. You can’t be 100% safe with social distancing and face masks.”

“All of these things together form a web of interventions to protect you. You wouldn’t get into a car without seat belts, brakes, tires, air bags. You would not be happy with any one of those things. So too with the so-called non-pharmaceutical interventions.”

Poland added, “I’m worried that people who have the antibodies or get the vaccine will have a get-out-of-jail free card. This virus has very peculiar immunological secrets wrapped up inside it. We’re still learning about influenza and we’ve been working on that since the 1940s.”

Dispatches from a pandemic: Letter from New York: ‘When I hear an ambulance, I wonder if there’s a coronavirus patient inside’

“Asymptomatic transmission enhances the need to scale up the capacity for widespread testing and thorough contact tracing to detect asymptomatic infections, interrupt undetected transmission chains, and further bend the curve downward,” the CDC says in its guidelines .

If the novel coronavirus pandemic is found to be driven by asymptomatic or mildly symptomatic SARS-CoV-2 infections, it added, “new innovations in disease detection and prevention beyond exhaustive contact tracing, mass testing, and isolation of asymptomatic contacts may be needed.”

The agency said more needs to be known, in particular whether full or partial immunity develops in these people, how long protective immunity lasts, and if it is possible to be immune from reinfection but still transmit COVID-19 to another person while remaining asymptomatic.

Depending on the sample group, anywhere between 10% and 43% of people infected with COVID-19 had no symptoms, according to a body of research reviewed by William Petri, a professor of medicine and microbiology at the University of Virginia who specializes in infectious diseases.

“Asymptomatic SARS-CoV-2 infection appears to be common, and will continue to complicate efforts to get the pandemic under control,” Petri wrote in The Conversation . To put those figures in context: Asymptomatic carriers also ranged anywhere from 5% to 25% for influenza.

As many states open up again, Carlos de Rio, a professor of global health and epidemiology at Emory University’s Rollins School of Public Health, told MarketWatch that it’s best to avoid prolonged exposure to others for now. “Working in an office with somebody is what concerns me,” he said.

Also see: Yes, America needs to brace itself for a second wave of coronavirus