How We Rated Them

THE 12TH ANNUAL Barron's /Value Line ranking of the top 100 U.S. mutual-fund managers comes as growing investor fears about credit quality have sent the Standard & Poor's 500 stock index down almost 7% in the past month -- its worst one-month showing in three years. Money managers across the board are feeling the heat, including many who earned a place in our latest survey.

That said, most of this year's top 100 managers were beating the market and their peers by a comfortable margin at the end of June, and continue to outperform for the year. The top 20 returned an average of 9% for the year through Aug. 7, easily outpacing the broad market's 5% gain. No. 3-ranked CGM Focus /zigman2/quotes/203752257/realtime CGMFX +1.57% Fund, in particular, has run rings around the market, gaining 30% in 2007 under veteran fund manager Kenneth Heebner.

The Barron's /Value Line survey is designed to identify top fund managers in nine broad investment categories, who consistently beat peers with similar investment objectives over a period of at least three years, without undue volatility in returns. All the managers who made the grade this year enjoyed double-digit long-term returns through June 30, according to Value Line, suggesting they'll be up to the challenge of steering their funds through today's more volatile market. (For a full explanation of Value Line's methodology, see How We Rated Them, below.)

Indeed, many of the leading fund mangers are using the recent correction to scoop up shares of their favorite stocks, including Ford Motor /zigman2/quotes/208911460/composite F -0.67% (ticker: F) and newspaper owner GateHouse Media (GHS). Sectors such as industrial materials, energy and technology are favorite hunting grounds for many of the top 100. 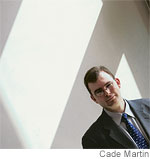 SCOTT BARBEE , manager of No. 1-ranked Aegis Value, is adding to his stakes in Callon Petroleum /zigman2/quotes/201917664/composite CPE +1.37% (CPE) and Spansion (SPSN), a maker of flash-memory chips. But he sees more than 150 potential investment ideas, including fallen financials. Though Aegis has lost 10% in the past month, it has beaten its Russell 2000 Value benchmark for the year, with a 3.4% return through Aug. 7. "For the long-term investor with dry powder, periods of illiquidity can present attractive investment opportunities," Barbee says. "We are fortunate we have cash available to be buying stocks today."

Barron's increased the fund-size requirement to at least $200 million in assets, consistent with the mutual funds we profile weekly. This eliminated last year's winner, Third Millennium Russia Fund (TMRFX), which handles $100 million. Third Millennium continues to do exceedingly well, however; it gained 37%, annualized, over the past three years.

Small- and mid-capitalization stocks rule this year, as they have for the past several years. Four of the top five funds focus on stocks valued at less than $5 billion. Michael Corbett of No.-5 ranked Perritt Micro Cap Opportunities just might need a magnifying glass to find worthy investments. "We invest in the smallest of the small-caps out there," he says, meaning stocks with market values of $750 million or less.

Small-caps were hit hard last month, leading some market watchers to insist large-caps are ready, at last, to take the baton after more than five years of chasing their smaller cousins. But Corbett, who looks for "growth companies selling at value prices," still sees ample opportunities in the small-cap sphere.

The manager, whose fund has risen from No. 13 last year, is finding bargains among technology issues. A recent purchase: Smith Micro Software /zigman2/quotes/206094512/composite SMSI -1.68% (SMSI), a wireless-communication software maker.

Perritt's 21% annualized return in the past five years puts it ahead of more than 95% of its peers. While the sustained popularity of small-caps helped the fund, the stock-market rally that began in 2003 has lifted all funds in the survey to double-digit gains for one, three and five years, ended June 30. Fidelity Leveraged Opportunity , No. 6, led the 100 with a 38% return for the five-year period. "Debt doesn't have to be a four-letter word," says fund manager Thomas Sorviero, who invests mostly in mid-cap companies skilled at using their hefty debt loads to grow.

While the Aegis Fund's Barbee, 36, is the most notable newcomer to this year's rankings, mutual-fund masters such as Heebner; Bill Miller of Legg Mason Opportunity Trust (No. 7); Ron Baron of Baron Growth Fund (No. 30), and Mario Gabelli of Gabelli Small-Cap Growth (No. 52), also grace the list. Making the top 100 has become old hat, as well, for Michael Carey and Thomas Callan, whose No. 2-ranked BlackRock International Opportunities has been among the top 10 for three straight years.

SOME FUND COMPANIES have several offerings on the list. Fidelity Investments leads with five funds, while Oppenheimer and T. Rowe Price contribute four apiece in this year's survey.

Similarly, some managers appear more than once with different funds. For example, No. 4-ranked Daniel B. LeVan of the Boston Co. International Small Cap Fund , weighs in again at No. 29, with a similar offering for Dreyfus. Karen Umland, Neil Hennessy, Jonathan D. Coleman and Brian W.H. Berghuis also take multiple bows.

Every year Value Line expands its universe of funds. This year's wider net captured Aegis Value for the first time, though the fund's long-term performance would put it among the elite. Aegis exemplifies the take-a-licking-and-keep-on-ticking quality that characterizes so many names on the list. It has returned 24% in the past year through June 30, notwithstanding what Barbee, who is based in Arlington, Va., calls his "worst investment decision in 10 years."