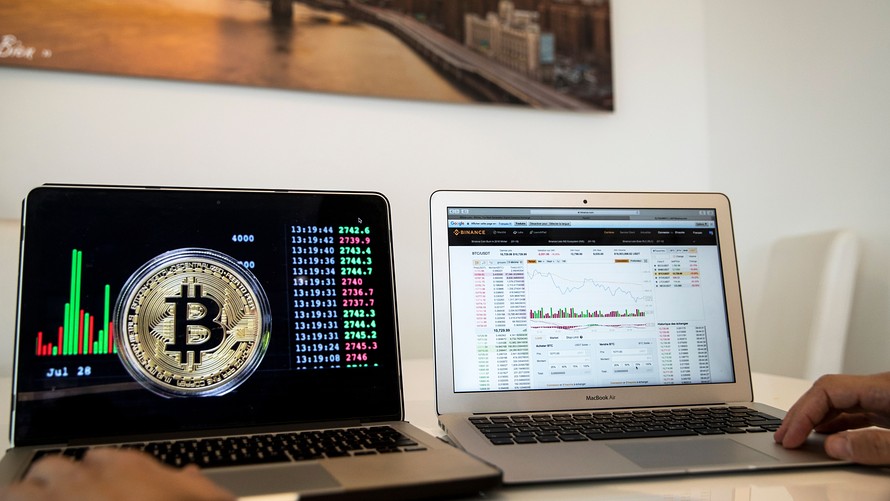 Bitcoin prices on Wednesday evening were virtually unchanged, even as unknown hackers were perpetuating a massive scam to lure bitcoins away from owners.

Scammers were engaged in a sprawling hack that compromised the Twitter Inc. /zigman2/quotes/203180645/composite TWTR -0.04% accounts of a parade of high-profile individuals and entities, including Tesla Inc.’s /zigman2/quotes/203558040/composite TSLA +1.33% CEO Elon Musk and Berkshire Hathaway /zigman2/quotes/208872451/composite BRK.A +0.46% /zigman2/quotes/200060694/composite BRK.B +0.42%  billionaire Warren Buffett. Hackers used the accounts to solicit bitcoins from individuals by promising to double the amount sent to a bitcoin wallet address. Former President Barack Obama’s Twitter account also was hacking, underscoring the breadth and sophistication of the hacking (see an attached screenshot of the tweet).

Bitcoin /zigman2/quotes/31322028/realtime BTCUSD -4.21% , however, was seeing little in the way of significant movement, with the value of the world’s most popular digital currency off 0.4% at $9,209.77, and futures for bitcoin trading on the CME Group were up slightly, around 0.5%, in electronic trade, after the June contract settled at $9,190, according to FactSet data.

In a stated via its platform, Twitter said that it was “aware of a security incident” on its platform. “We are investigating and taking steps to fix it. We will update everyone shortly.”

Bitcoin has a long history of hacking by perpetrators looking to abscond with other people’s digital currencies. The cryptographic asset also has a history of individuals hacking bitcoin exchanges.

Last year, popular exchange platform Binance said it discovered that hackers stole 7,000 Bitcoins from a single digital wallet, totaling some $40 million, according to a report from the Wall Street Journal .

Hacks have been a primary reason that many have been circumspect about the future of the cryptocurrency, which introduced the world to blockchain technology. According to WSJ, more than $1.7 billion in bitcoin has been publicly reported stolen, since the inception of the coin back in 2009, including the historic Mt. Gox hack .

It isn’t clear if any coins have been lost in this episode, but some have speculated that the perpetrator of this Twitter attack may have gotten some $100,000 in coins sent to their account.