Facebook, Google, Amazon and Apple are being targeted, but experts say that using antitrust law against them is unlikely to be successful 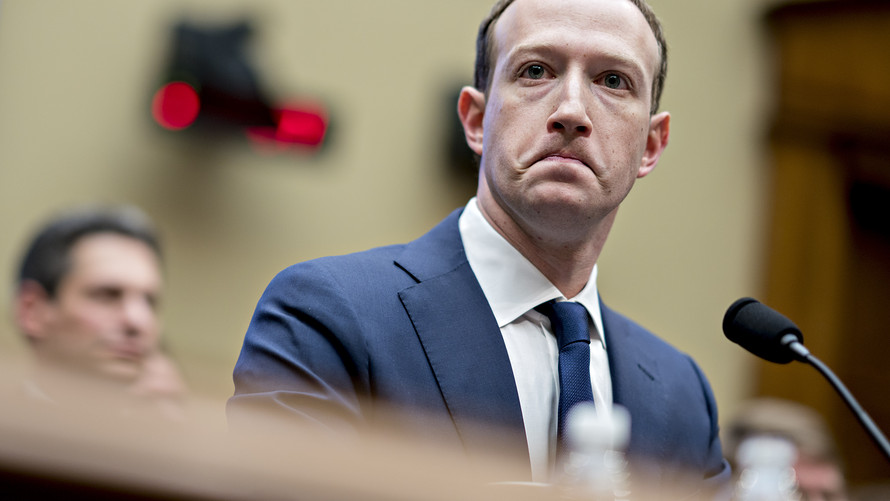 Bloomberg News/Landov
”Facebook is the most vulnerable of the four companies under scrutiny because of its dominant status in an easily defined market,” one expert said of reported U.S. antitrust investigations into four of the largest tech companies in the world.

If federal regulators are serious about prosecuting Big Tech icons for antitrust practices, they’ll probably have to redefine what constitutes a monopoly in the industry.

That is one of many steep obstacles in the way of officials at the Justice Department and Federal Trade Commission as they consider reshaping Facebook Inc. (NAS:FB)  , Alphabet Inc.’s Google (NAS:GOOGL) (NAS:GOOG) , Amazon.com Inc. (NAS:AMZN) , and Apple Inc. (NAS:AAPL)   through potential probes.

“The likelihood of a Microsoft- or AT&T-like Sherman Act proceeding is highly remote,” Andrew Jay Schwartzman, an attorney with Georgetown’s Institute for Public Representation told MarketWatch in a phone interview, alluding to the Sherman Anti-Trust Act (1890), the first federal law that outlawed monopolistic business practices.

Any endeavor to slice off pieces of the four tech titans or impose restrictions on how they do business is a Sisyphean task in terms of legal maneuvering, resources, and especially time, according to antitrust experts, former regulators and legal scholars.

“Antitrust is a slow, messy remedy,” warns Adam Thierer, a senior research fellow at George Mason University’s Mercatus Center. “It can be a sledgehammer approach when what this situation requires is a scalpel.”

“How the heck would any of this apply to Facebook, Amazon, or Apple? How do you cleave off their units and divest them?” Thierer says.

Regulators face an onerous task. None of the individual companies cry out “monopoly,” but collectively — as Big Tech — they present strong evidence. Apple and Google, for example, control more than 95% of all mobile app spending by U.S. consumers, and the Google-Facebook tandem command nearly 60% of all digital advertising spending world-wide. Amazon, meanwhile, has significantly impacted industries such as booksellers, grocery stores and the postal service.

Opinion: Big Tech is now on feds’ hit list, but will anything really change?

Further muddying the picture, Microsoft Corp. (NAS:MSFT)  — the subject of a yearslong investigation that led to no breakup in the early 2000s — is not under federal scrutiny now, even though it has never been more valuable. On Friday, its market capitalization topped $1 trillion, $100 billion more than Apple or Amazon.

In pursuing antitrust actions against four of the largest public companies in the world, the federal government faces four major challenges.

Defining a monopoly in the internet age

In past marquee antitrust cases, the road map for a breakup was relatively straightforward. The Standard Oil case, decided by the Supreme Court in 1911, split up the company largely along geographic lines.

Easier said than done with tech. Critics of Facebook contend it’s a monopolistic entity because it dominates the online attention of more than two billion people and controls their personal data. But Facebook has competition in the social-media market with Twitter Inc. (NYS:TWTR)   and Snap Inc. (NYS:SNAP) ,  unlike AT&T Inc. (NYS:T)   and its Bell System, which had a nationwide stranglehold on local telephone operators, long-distance service and telephone equipment before its breakup in the 1980s.

Facebook also doesn’t have such easily identifiable boundaries. Social networking occurs only through reaching as many people as possible and connecting them with others, making the idea of separating parts of the business much more complex.

Even Sen. Amy Klobuchar (D., Minn.), who has made regulation of Facebook a major tenet of her presidential campaign, contends it is premature to call for breaking up big companies. Her legislation calls for tweaks to legal standards to make it easier to challenge mergers successfully in court.

The Justice Department’s antitrust lawsuit against AT&T, and its unsuccessful bid to break up Microsoft, took years to unfold and bled from one presidential administration to another. Indeed, whoever wins the White House in 2020 may be out of office before a potential case against one of the targeted four companies is decided or settled. A two-year FTC probe of Google for violating antitrust and anti-competition statutes in how it arranges its Web search results resulted in no action in 2013.

Before that, uneventful government investigations of IBM Corp. (NYS:IBM)   and Microsoft took 13 and 11 years, respectively. The former was “referred to as the DoJ’s antitrust Vietnam, it was such a quagmire,” Thierer says.

What complicated those investigations, and is likely to undercut any new probe, is the speed with which the tech market moves. The IBM probe was focused on its dominance in mainframe computers even as the market quickly moved on to personal computers. Indeed, tech market leaders rise and fall, as in the cases of Myspace , Motorola, Nokia, and BlackBerry Ltd. (NYS:BB)  .

Divestiture is hard in the digital age

Charlotte Slaiman, competition policy counsel at consumer advocacy group Public Knowledge, argue that imposing restrictions on how social media companies use data could be a more effective strategy than breaking them up. There is simply little precedent in divesting tech companies, short of blocking mergers, she says.

“You have to make sure the piece that is being broken off has the components that can be successful. If you spin off a piece that fails, you haven’t succeeded in increasing competition,” says Slaiman, who previously worked as an attorney in the anticompetitive practices division of the FTC for four years (2014-8).

The sheer size and resources of the four companies under scrutiny — collectively, they employ over 900,000 people and rang up nearly $700 billion in sales last year — afford them the luxury of hiring an army of attorneys that dwarf the federal government, setting up a confrontation that could wend its way through court for years, according to Schwartzman.

Which leads to the inevitable question: What is likely to happen, if anything?

Efforts by Rep. Ro Khanna (D., Calif.), whose district covers Silicon Valley, and other Congressional members to regulate tech could prove to be the most likely outcome over the next few years.

“What’s needed is a measured approach through legislation, not a bludgeoning of four companies that are so vital to the U.S. economy and its workforce,” Khanna told MarketWatch in a phone interview. “There needs to be give and take between Silicon Valley and the Beltway, not confrontation.”

More: Silicon Valley congressman says, ‘It is embarrassing how technologically illiterate most members of Congress are’

For now, Facebook has faced the most scorn, although Alphabet has been fined billions of dollars in the past year by the European Union.

Rebecca Allensworth, a law professor at Vanderbilt University, takes a more optimistic viewpoint that federal regulators can deter Big Tech from taking actions to expand their empires. This could come in the form of changes to corporate strategy and business models, or self-regulation in the form of bypassing acquisitions that gobble up market share and sales. [Amazon, for example, has plunged into the grocery market with its $13.4 billion acquisition of Whole Foods Market in 2017, and Apple has been linked to a possible buyout of Tesla Inc. (NAS:TSLA)  ]

She points to Facebook’s purchases of social-media rivals WhatsApp for $19 billion in 2014 and Instagram for $1 billion in 2012 as the most egregious examples of a powerful tech company widening its turf.

“Facebook is the most vulnerable of the four companies under scrutiny because of its dominant status in an easily defined market,” she says. “WhatsApp and Instagram were successful before Facebook acquired them, and certainly could be spun off and remain viable.”

Facebook also seems the easiest target, she adds, because its product is out of favor with many consumers and it has been compared with an addictive tobacco company.

“There is a political element to this as well, and Democrats and Republicans have set their sights on Facebook,” she says.