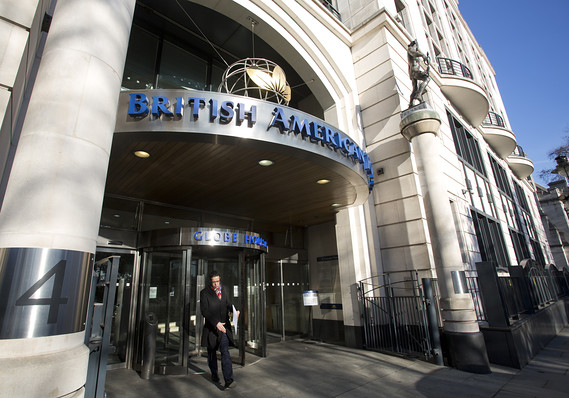 Getty Images
The headquarters of British American Tobacco at Temple Place in London, England, on January 17, 2017.

Shares of British American Tobacco slipped in London trade on Tuesday as the cigarette maker reduced its earnings guidance for the year.

Shares in the maker of Kent and Kool cigarettes (LON:UK:BATS)   (NYS:BTI)  fell 4% as it said it is now forecasting mid-single-digit earnings per share growth on 1% to 3% revenue growth at constant currencies, vs. previous guidance of high-single-digit earnings per share on the lower end of 3% to 5% revenue growth for the year. It said it would continue a dividend payout ratio of 65% of adjusted diluted EPS and growth in sterling terms.

“Having more than halved between 2017 and 2019, British American Tobacco’s share price has shown more resilience in recent times. However, the real question is whether it will be left behind when economic conditions start to improve,” said Russ Mould, investment director at AJ Bell, as he noted investors who have social screens don’t want to invest in tobacco stocks.

The FTSE 100 (FTSE:UK:UKX)  had a difficult session, skidding 1.8% in midday trade. Markets in Europe and the U.S. slipped ahead of the Federal Reserve’s two-day meeting, as well as the recent strength as economies open up.

U.K. engineering group Aveva (LON:UK:AVV)  was one of the few FTSE 100 advancers, rising 4% after reporting a 23% rise in adjusted operating profit on 9% revenue growth and maintaining its dividend payment.