A 2.7% slide in materials equities (TORONTO:XX:TORGC195) , followed by a 2.3% fall in the metals and mining sector helped set the overall trading tone.

“Sentiment for these sectors, particularly commodities, has been negatively affected on the day by the weaker-than-expected import numbers from China as well as yesterday’s earnings report from Alcoa,” said Elvis Picardo, vice president of research and portfolio manager at Global Securities.

Still, housing starts came in better than expected, with 222,700 annualized units, beating a market consensus of 205,000. In May, Canada saw 217,000 housing starts on a comparable basis. 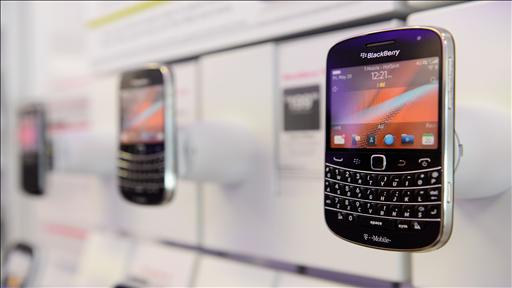 In a move aimed at appeasing frustrated investors, Research In Motion's chairwoman said it is actively looking to further shake up its board of directors. (Photo: Getty Images)

“Tighter mortgage regulations will help to slow construction activity, although its impact will show up later in the year,” wrote TD Securities strategist Mazen Issa in a note Tuesday.

“In the meantime, the Bank of Canada will have to remain vigilant if the recently announced regulations tightening the mortgage market fail to slow housing activity,” Issa added.

“Research In Motion is a significant decliner after shareholders were not reassured about the company’s prospects,” said Picardo.

Read more about RIM board meeting.

In corporate news, Bombardier Inc. confirmed a $764 million order from Latvian flag carrier Air Baltic Corp. for as many as 20 CSeries jets. The announcement boosted Class B shares of the Montreal-based company by 0.25%. Read more on the airplane maker's sale.