Silvercorp Metals up as much as 21% after accounting audit 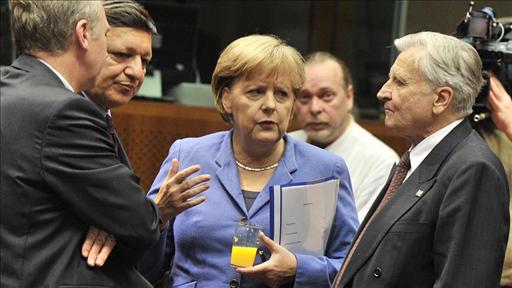 The impact of a debt deal

Unless France and Germany can find a way to resolve those differences over the next few days, both the euro and the European Union itself could start to unravel-a terrifying prospect. WSJ Brussels Bureau Chief Stephen Fidler discusses on Markets Hub.

European leaders said Sunday that discussions were progressing over European bank recapitalization, Greek debt restructuring and the euro-zone bailout fund. A final package of measures is expected at a second summit on Wednesday. Read more on the EU summit.

Among notable movers, shares of Silvercorp Metals Inc. /zigman2/quotes/210397281/delayed CA:SVM +4.87% soared as high as 20.7% after the miner said an audit of the company’s accounting practices backed the company’s financial statements against recent fraud allegations.

The Canadian dollar strengthened 0.6% against its U.S. counterpart /zigman2/quotes/210561978/realtime/sampled USDCAD +1.0889% , with one U.S. dollar recently purchasing 1.0029 Canadian, versus 1.0088 late Friday. The loonie has rebounded nearly 6% against the greenback since the Canadian currency depreciated to a one-year low on Oct. 4.

On Tuesday, the Bank of Canada will convene to announce its quarterly interest rate decision. Analysts largely expect the central bank to keep the key rate unchanged at 1%.

“We continue to believe that the BoC is unlikely to cut its policy rates and that such a change would require a dramatic weakening of the global economy and a strong tightening of global financial conditions,” wrote analysts at Nomura Global Economics, adding that domestic factors like high consumer debt and housing prices will limit the bank’s willingness to slash rates.

Nicole Hong is a MarketWatch reporter, based in San Francisco.