Canada’s housing market frothy, but not a bubble 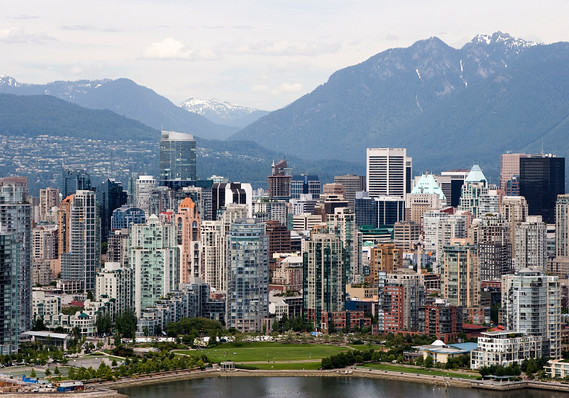 Downtown high-rises in Vancouver, B.C., fronted by a park and the shoreline of False Creek.

“We don’t expect the base Canadian housing market to experience the trauma of the U.S. market,” said Robert Hogue, senior economist at Royal Bank of Canada /zigman2/quotes/206088494/composite RY -0.59%  in Toronto.

Regulatory observers said they agree that a series of actions taken by the Canadian government starting in 2008 and culminating in a June 2012 package of reforms to limit access to credit for borrowers is having its intended effect of cooling the frothy Canadian housing market.

Responding to the financial crisis of 2008, the Canadian government set a minimum down payment of 5% for government-backed mortgages. It also began a gradual reduction in the maximum amount of time borrowers could take to pay down their mortgages. The limit was set at 35 years in 2008 and was last cut in June to 25 years. The moves were imposed to tighten up underwriting standards that had been loosened between 2004 and 2008.

The steps were necessary, observers say, in the face of rising home prices — Canadian house prices have roughly doubled in the past decade, according to credit rater Standard & Poor’s — that forced borrowers to take on high debt to buy a house.

“There are signs that the market has been slowing. The measures [to tighten mortgage underwriting standards] by public authorities are preventative as well as reactive and cautionary, and they are having an effect,” said Sheryl Kennedy, CEO of Promontory Canada and deputy governor at the Bank of Canada from 1994 to 2008.

Kennedy argued that the regulatory actions taken over the past four years to tighten mortgage insurance and underwriting standards along with public pronouncements by the Bank of Canada and Ministry of Finance to ensure that Canadians understand they should be working to cut debt levels, have contributed to the cooling of the housing market.

EUrope in CRisis
• Unemployment sky-high and rising in Spain
• Matthew Lynn: Global chaos, gold bullishness
• Lynn: How Thatcher would play the crisis
• Come on, ECB: Tell us what you really think

Tom Lewandowski, a Canadian bank analyst with Edward Jones in St. Louis, said the Canadian housing market could experience some form of slowdown, with more delinquent borrowers and a small hike in foreclosures, but nothing akin to the millions of foreclosures experienced in the U.S.

“There isn’t a U.S.-style bubble to be burst,” said Lewandowski. “Given the structure of the Canadian mortgage market, I don’t think you are going to see a similar amount of foreclosures [as in the U.S.].”

In fact, statistics show that Canada’s housing market continues to cool. The number of homes newly listed for sale dropped 3.3% in July, from June, according to an RBC report earlier this month.

According to statistics from the Canadian Real Estate Association, 461,000 homes sold in July on a seasonally adjusted basis — virtually the same as in June. The average price of homes sold in Canada through the Multiple Listing Service fell for the fourth time in the past five months in July, dropping 0.8% from June on a seasonally adjusted basis.

Resales in Vancouver, a particularly hot market for condos and single-family homes, fell for the eighth straight month in July, according to RBC. Toronto, another city in a condo-building boom, saw a small decline in activity for the third consecutive month in July, with resales falling by 1.4% for a cumulative drop of 11.7% since April.

However, even with a cooling market, Canadian borrowers typically take on far more mortgage interest-rate risk than their U.S. counterparts, with roughly a third of homeowners taking floating-rate mortgages, according to data from a May 2011 Canadian Association of Accredited Mortgage Professionals report.