How will it affect the character of smaller cities and towns? 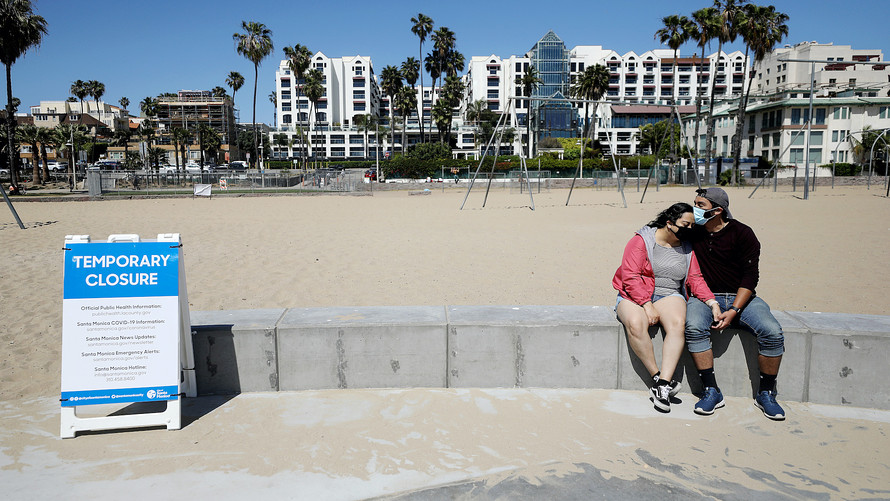 Answering the question “Where do you want to live?” has always been a complicated calculation, taking into account everything from job opportunities to cost of living to climate to proximity to family and friends.

Nowadays there’s something new to factor in: how COVID-19 may change how — and where — we want to live.

COVID-19 has touched every state in the nation. But the virus hit America’s largest cities harder than less densely populated areas.

According to the Johns Hopkins Coronavirus Resource Center, the counties with the highest number of confirmed cases encompass Queens, Brooklyn, the Bronx, Chicago, Los Angeles, Detroit, Philadelphia and Miami. (The suburbs of New York City, where many commuters live, have also been hard hit.)

Perhaps not surprisingly, “this idea has sparked in [a buyer’s] mind: Do we want to live in the city anymore?” says Mike Simoneau Jr., a Realtor for Geri Reilly Real Estate in Burlington, Vermont. He said his agency has “gotten a lot of inquiries from people” since COVID-19 began.

Ditto for Pierrette Rouleau, owner of Rouleau Real Estate Group, a boutique real estate agency in Western North Carolina. She says she often gets inquiries about moves to the area planned for two or three years out. Now she wonders if some potential buyers might fast-track a move due to COVID-19 “because they realize that their space is so limited and they need more.”

Related: New York is reminiscent of the Wild West ghost town of my youth — our city’s future depends on our collective fortitude

However, not all Realtors are fielding COVID-19-related inquiries. Deb Parker of Parker & Co. Real Estate in Billings, Montana, and president of the Billings Association of Realtors, says she hasn’t seen an influx of people inquiring from out-of-state about relocating to Big Sky Country. Instead, most of her inquiries have been regarding job transfers. Ultimately, Rouleau was reluctant to draw any conclusions about how COVID-19 may impact relocation choices, or the real-estate industry in general. “What the next six to eight or 12 months looks like in terms of real estate is anybody’s bet,” she says.

What matters to movers?

Urban experts agree that it’s too early to tell whether more people will leave larger cities due to COVID-19. Those trends become more visible after a couple of years, but even then, looking at trends over decades can reveal something entirely different.

Aaron Renn, writer and researcher on cities, pointed out that many people predicted New York City residents would flee after 9/11. At the time, it was assumed that Americans wouldn’t want to live in a confirmed terrorist target. And yet the population of New York City continued to increase by almost 225,000 people in 2010 and an estimated 300,000 more by 2020.

Also see: Letter from New York, epicenter of coronavirus: ‘The streets are virtually empty, but the birds go on singing’

So, regarding COVID-19, “it’s really hard to predict what the consequences of these sorts of events are going to [have],” Renn says

Experts also note that it’ll be difficult to ascertain whether people who relocate to smaller cities and suburbs are motivated exclusively by the virus. That’s because even before the total upheaval caused by the pandemic, there was already a trend of people moving out of larger cities to smaller cities or to suburbs.

“The bloom was already a little bit off the rose on these big coastal cities like New York — the biggest cities,” says Renn. He noted that tens of thousands of people left Los Angeles, Chicago and New York City the past several years. This occurred as the population of smaller cities like Phoenix, Orlando and Denver increased between July 1, 2017 and July 1, 2018, according to a Bloomberg analysis of U.S. Census data.

Joel Kotkin, author and fellow of urban studies at Chapman University in Orange, California, acknowledges that no one knows what the long-term impact of COVID-19 will be. But he theorizes that the big city-exodus trend will continue “unless cities decide they’re going to operate in a different way.”

For example, public transportation has long been one of the benefits of living in a city. But new priorities — ensuring less crowding during peak hours and maintaining cleaning regimens without impacting ridership — may prove difficult. If people forgo public transportation for cars, there will need to be more places to park all those vehicles. Streets may need to close to encourage more social distancing or to encourage restaurants, bars and music venues to transition to open-air.

These adjustments may be easier to enact in smaller cities, where an affordable cost of living is already appealing (in addition to other assets). Renn suggests that there are some cities, like Columbus, Kansas City and Indianapolis “have a lot of opportunity” right now.

“You’re going to see people say, ‘What matters?’” says Kotkin. “Let’s just say that these pandemics occur on a fairly regular basis, every five years, every 10 years. Then you start thinking about, ‘If I’m going to be locked down for a month or two months or three months, I’d much rather have a house with a yard and some space.’”

Storage space may also be a premium. “I think a lot of people are probably going to start carrying an emergency toilet paper reserve,” says Renn. “Where are you going to store the 30-roll Charmin pack?”

Renn and his family moved from an apartment in New York City to a house in Indianapolis in December. He noted that as the COVID-19 outbreak hit, they purchased 35 pounds of rice and were able to store it in an empty cabinet in their home. “I felt the likelihood that there would be food shortages was remote, but why not be prepared anyway?” He says. “Especially with room to store it.”

Changes in where we want to live may be influenced by how we are able to work. COVID-19 “is forcing people’s hand in regards to working remotely,” says Simoneau, the Realtor in Vermont.

Remote work, which has already been on the upswing, may become an even more attractive option. Working at home is appealing for those who are uncomfortable using public transportation during the pandemic, and it’s a necessity for parents of school-age children who are out of school. But even when the curve flattens, office spaces and co-working spaces need to reconfigure their layouts to curb the spread of the virus. With so much upheaval, some employees may just prefer continuing to work from home.

That’s why extra rooms, or bedrooms that could be used as home offices, may become assets for those looking to relocate. “That’s certainly what people in the industry are musing,” says Rouleau, the Realtor in Western North Carolina.

If social distancing becomes the norm in the long-term, there will be a premium on being able to walk or drive to work, says Kotkin. However, that’s not always possible — or pleasant — in a large, spread-out city like LA. Yet again, there’s an appeal to working from home where possible.

The character of smaller cities will change, too

Smaller cities are also being impacted by COVID-19, although the effects may be more stark regarding finances than public health.

For example, Asheville, North Carolina, is hugely popular for its restaurants, breweries and quirky local businesses, like Spicewalla, a spice brand, and East Fork Pottery, which sells ceramic dinnerware. However, the stay-at-home orders that were in effect for two months impacted local business, prompting closures and furloughed workers. Tourism is a big income source for the city and that’s also taken a hit. 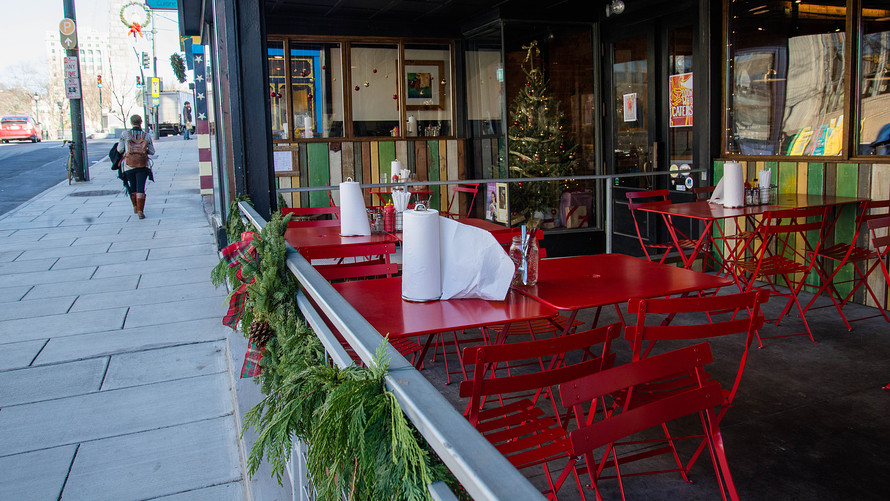 iStock
Asheville, North Carolina: tourism is a big industry, and the city thrives on restaurants and other small businesses.

“There are small businesses that are closing down that are just saying … ‘We can’t do it,’” says Rouleau, the Western North Carolina Realtor. “So the landscape of Asheville is going to change.”

Still, she thinks the fundamental character of the city will remain, even if some restaurants and small businesses shutter. “We are still very community-driven here,” she says.

Simoneau, who already witnessed a trend of city folks moving to Vermont before COVID-19, wants potential relocators to know his state offers financial incentives to entice new residents. It specifically applies to people who work remotely. They can receive up to $10,000 if they move to Vermont and perform a majority of their work from the state.

Folks thinking of relocating to Vermont should understand there are less options for restaurants and live music in the state than city folks may be used to, he says. But the trade-off is the gorgeous Lake Champlain and lots of mountains for skiing and hiking. In Vermont, natural resources abound — and so might much-needed peace of mind.

“It’s all good vibes here,” says Simoneau. “The outdoors, and it being so beautiful, that definitely puts your mind at rest.”