Index rises to record-high 2.61 from record-low 17.89, suggesting a substantial increase in growth 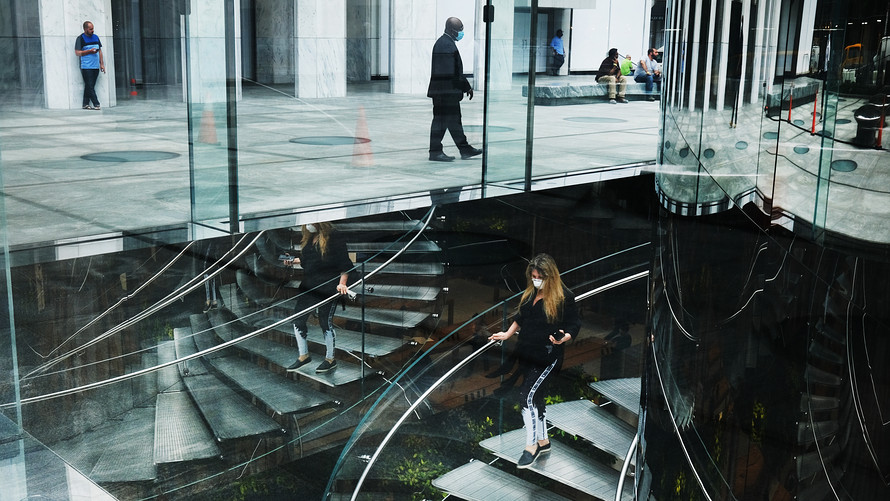 Getty Images
Customers walk into the 5th Avenue Apple store as it re-opens for appointments in Manhattan.

The numbers: The Chicago Fed’s national activity index recovered to a record-high 2.61 in May from record-low negative 17.89 in the prior month. The index’s three-month moving average, which smooths volatility, improved to negative 6.65 from negative 7.5 in April. 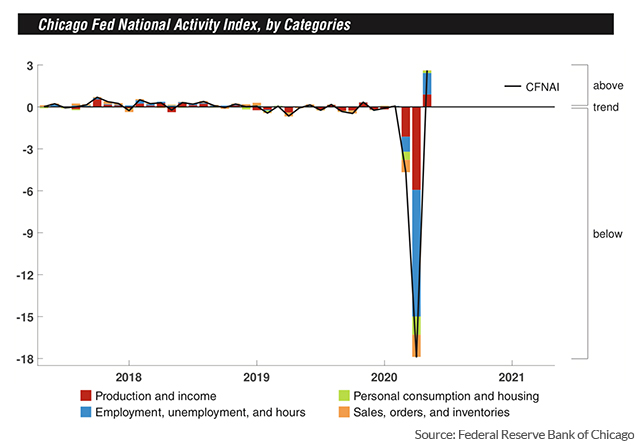 What happened: The Chicago Fed index is a weighted average of 85 economic indicators. Seventy-two indicators improved in May with 13 deteriorated.

A zero value for the index indicates the national economy is expanding at its historical trend rate of growth.

Big picture: While return of growth in May is good news. economists caution not to put too much emphasis on it. They say the May data just shows that the lights are back on for the economy and doesn’t contain much information about the likely path of the economy over the last six months of the year.

What are they saying: “As an aggregate of 85 different economic indicators, the CFNAI, while not the timeliest of measures, will provide a decent yardstick of the collective progress being made toward full recovery,” said Josh Shapiro, chief U.S. economist at MFR Inc.