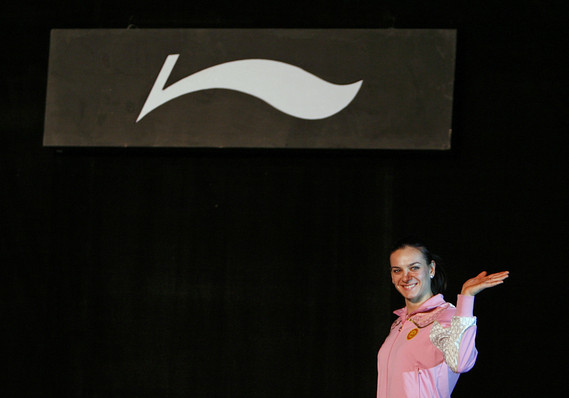 Reuters
Russian Olympic champion Yelena Isinbayeva waves while standing under the logo of Chinese sportswear manufacturer Li Ning during a news conference in Beijing in 2009.

HONG KONG (MarketWatch) — Grim times lie ahead for China’s sneaker and athletic-clothing brands about to face the hangover of easy credit and all-too-rapid expansion, according to analysts.

Once poised to benefit from China’s hosting of the 2008 Beijing Olympics, analysts now view the brands as caught by steroid-like overgrowth of their retailing and wholesale businesses.

“The overcrowding of stores is beginning to cause cannibalization of sales and [a] price war,” said UOB KayHian analyst Ken Lee in a note released last week.

The problem, Lee said, can be traced back to the initial-public-offering boom in Hong Kong during recent years, when mainland Chinese consumer-related themes were able to raise funds easily to fuel ambitious growth plans.

For example, Peak Sport Products Co. /zigman2/quotes/200761060/delayed HK:1968 -12.00% — which signed U.S. basketball star Jason Kidd and other top athletes to represent its line of apparel — was able to raise $224 million in a September 2009 listing, pledging to use the funds for product development and to expand its retail sales network in China. 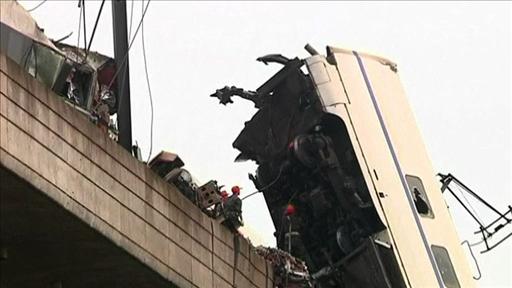 But what followed, says Lee, was a retailing arms race that outpaced consumer spending power.

Five of the major Chinese sportswear brands listed in Hong Kong each have retail networks of more than 7,000 mainland Chinese outlets, according to UOB KayHian, citing data at the end of 2010. A sixth brand listed in Hong Kong, focused more on wealthier coastal cities, operates 3,750 outlets.

A recent visit to some of these stores revealed product markdowns of 50% to 90%, or even two-for-one promotions on summer wear.

“We have never seen such deep and prevalent discounting,” said Lee, whose retail survey in June took him to six cities around the Chinese mainland.

In a note earlier this month, Credit Suisse analysts said they expect some of the brands to merge as they struggle for survival amid what could be a crisis during the current half-year period.

International brands appear, so far, to be avoiding the fallout. Nike Inc.’s /zigman2/quotes/203439053/composite NKE -1.93%  Greater China sales were up 16% in the second quarter from a year earlier. But two recent profit warnings are amounting to a reality check for the Chinese labels.

“We see this as a turning point ... [showing] investors’ loss of faith in Chinese sportswear stocks,” said Lee, citing a sharp sell-off in share prices across the sector following the profit warnings.

Li Ning’s board warned that higher raw-material prices were a factor for its upcoming soft numbers, which would see first-half profit fall by as much as 56% from a year earlier.