Climate-change deniers may be propping up home prices in waterfront communities, research suggests 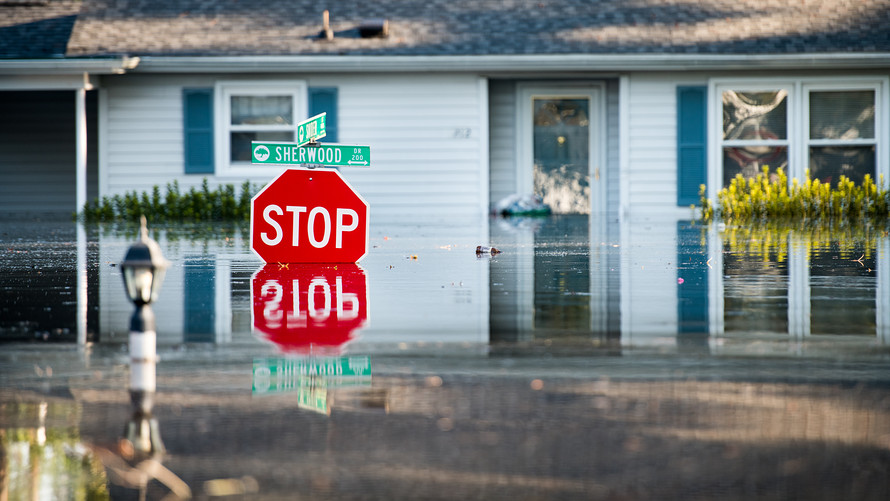 Getty Images
Millions of homes could be underwater across the U.S. by 2100 because of climate change. But people who deny climate change are keeping real-estate prices elevated.

The fate of home prices in real-estate markets that have a high risk of being affected by climate change could come down to how many local residents actually believe in climate change.

A new study from researchers at the University of British Columbia’s Sauder School of Business in Canada examined the role climate change denial plays in the pricing of these homes. The researchers compared sea-level data from the National Oceanic and Atmospheric Administration (NOAA), current real-estate transaction data from Zillow /zigman2/quotes/205077794/composite ZG -1.86% , and geographic data about climate change attitudes from the Yale Program on Climate Change Communication, which estimates opinions on climate change based on a national data set of 24,000 people.

“If everyone were to say, ‘I’m not buying beachfront property here because it’s going to get flooded,’ then prices would collapse,” UBC Sauder School of Business assistant professor and study co-author Markus Baldauf said. “But if you don’t believe in climate change, you might say, ‘You guys are crazy. Climate change isn’t a real thing, so I see a buying opportunity.’”

The effects could also be magnified in the U.S. because so much development has focused on the coasts, and unlike in other countries climate change denial is more common, the researchers argued. Previously, Zillow /zigman2/quotes/204413973/composite Z -2.40%  estimated that 2.5 million homes worth $1.3 trillion are at risk of being underwater because of rising sea levels by the year 2100 if the current rate of greenhouse-gas emissions continues.

The researchers also examined whether political affiliation played a role, but found that the effects persisted even when accounting for people’s political parties. The researchers also cautioned that it’s possible that climate-change believers are over-reacting to the threats of global warming — and pushing prices downward — rather than deniers under-reacting.

Earlier this week, David Burt, who predicted the 2008 financial crisis, suggested that climate change could break the housing market because of mispricing. However, separate research has shown that as the effects of climate change are felt, people are less likely to continue denying climate change.

A new study published in the journal Global Environmental Change found that people who identify as politically conservative are more likely to back climate change mitigation policies if they’ve experienced some sort of personal harm as a result of an extreme weather event, including wildfires, floods and tornadoes. This trend held true even in cases where the severity of the weather event, such as a strong tornado, was unlikely to have been exacerbated by climate change.

Also see: Global warming could be poisoning your food