Climate change poses a ‘systemic threat’ to the economy, investors with $1 trillion at stake warn the Fed and SEC 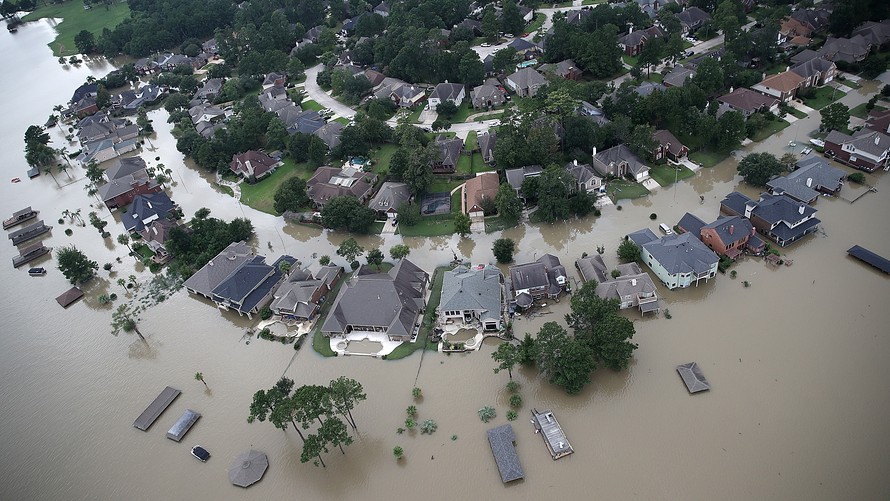 The Federal Reserve, the Securities and Exchange Commission and other financial regulators should act on climate-change concerns to avoid economic disaster, a letter from pension funds and other investors representing almost $1 trillion in assets urges.

“The climate crisis poses a systemic threat to financial markets and the real economy, with significant disruptive consequences on asset valuations and our nation’s economic stability,” reads the letter, which was signed by more than three dozen pension plans , fund managers and other financial institutions.

These investors worry that if regulators do not act, climate change may cause the worth of some companies to fall suddenly, an unstable situation for the economy. But providing more information about that risk — for example, requiring greenhouse gas emissions data or mandating companies to disclose how facilities are vulnerable to rising seas — could help investors price assets and make better decisions.

Specifically, the investors want the agencies to treat climate change as a systemic risk. For the SEC, the call is for adoption of mandatory and consistent disclosure of climate threats at the companies under its watch.

A unified regulatory stance on these risks would create an incentive for businesses to adopt policies that could help them lower insurance costs in the long run, or assure better access to loans and capital, says Ceres, an advocate for sustainable investing that organized the letter’s participants.

The Fed’s San Francisco branch late last year held the first-of-its-kind climate summit for the central bank, exploring among other things the risks and rewards of steering industries from dependence on fossil fuels.

“Because there is considerable uncertainty about the persistence, breadth and magnitude of climate-related shocks to the economy, it could be challenging to assess what adjustments to monetary policy are likely to be most effective at keeping the economy operating at potential with maximum employment and price stability,” Fed Gov. Lael Brainard said at that event.

In one paper presented in San Francisco , the authors said climate change could subtract 7% from real world per-capita gross domestic product by 2100.

The official letter to the regulators advances a report issued last month by Ceres. That report, warning of “green swan” risks, and which had some bipartisan support, laid out a 50-step plan for markets and regulators on climate change. The letter also emerges as the private sector has taken a lead in efforts toward a zero-emissions future.

The letter was also timed to the 10-year anniversary of The Dodd–Frank Wall Street Reform and Consumer Protection Act.