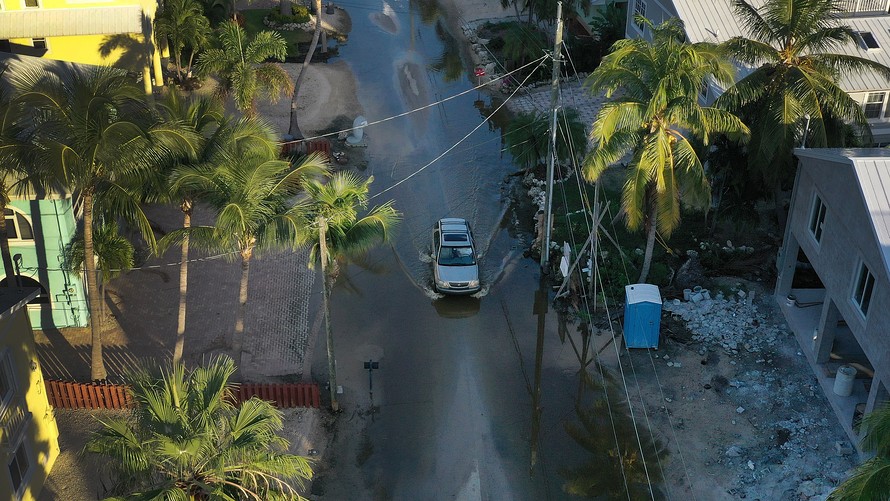 Risk to the housing market from underestimated climate change echoes lessons from the 2008 subprime-mortgage debacle — as does the chance to capitalize on these miscalculations.

That’s the view of David Burt, whose old firm and its timely escape from the financial crisis just over a decade ago featured in Michael Lewis’s book “The Big Short.”

Burt makes a climate change and subprime lending connection in a recent interview with Vice:

‘There’s a lot of parallels, it’s a big real estate mispricing issue. At its core that presents a lot of the same risks. A lot of real estate is massively overpriced and there’s a lot of risk associated with that and the big risk is another foreclosure crisis. Now, it’s a very different dynamic that’s creating the mispricing, but actually magnitude-wise it looks pretty similar, maybe even bigger.’

The first serious market ripples from industry nonchalance, Burt says, could materialize as early as next year.

Burt was a consultant at Cornwall Capital, the firm that made about $80 million when it shorted the subprime mortgage market whose eventual implosion left the housing market in a shambles and lured well-positioned investors to pick through the bones. Cornwall was profiled in the Lewis narrative and one of Burt’s colleagues was played by Brad Pitt in the movie adaptation.

As Vice reports, just as Burt did before the last crash, he has left his big-time investing job, this time splitting with the $1 trillion Wellington Management. Burt now heads an investment firm that believes it can profit from the lack of attention being paid to the risk of climate change in a property industry that’s building, buying, selling and lending (cheaply) without taking into account rising sea levels and inland flood risks.

The problem, other climate-change experts allege, starts with government flood maps that under-report risk and continues through the complex multilayer housing, lending and insurance market where risks are diluted, or at least, mispriced.

Between $60 billion to $100 billion worth of mortgages for U.S. coastal homes are issued each year. Some 311,000 existing coastal homes will be repeatedly flooded, or lost altogether, within the next 30 years, according to sea-level calculations that the Union of Concerned Scientists publishes. That means the often high-population states of California, Texas, Florida, Maryland, New Jersey and New York are vulnerable, as are retirement destinations including the Carolinas.

Read : The number of people at risk from climate-triggered floods has tripled — here’s the surprising reason why

The number and total value of flood insurance policies has been declining since 2006, meaning that households that purchased a property in coastal areas especially may be at increased risk of defaulting on their mortgages, a recent academic paper says.

In 2016, Freddie Mac’s then–chief economist Sean Becketti wrote that “the economic losses and social disruption [of rising seas on coastal housing] may happen gradually, but they are likely to be greater in total than those experienced in the housing crisis and Great Recession.”

Burt sees opportunity but says he also wants to sound the alarm.

“I love the environment and nature and much of my joy in life comes from going for walks in the woods or on the beach with my family,” he told Vice. “We have no idea how bad things really could get, there’s far bigger risks associated with climate change than depreciating home values and some of them are just really, really scary.”

Read : As the California wildfires rage on, what you need to know about disaster insurance