Cohn says infrastructure is next on Trump’s agenda 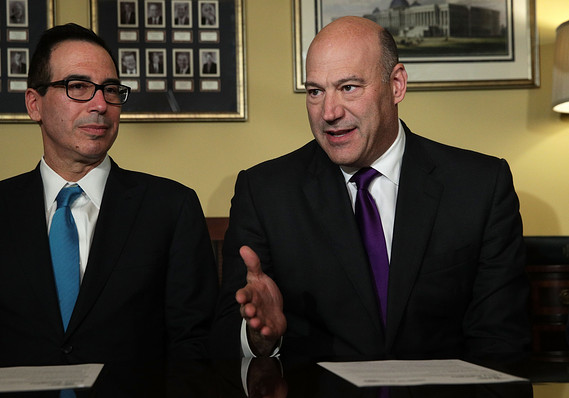 Speaking at The Wall Street Journal CEO Council meeting in Washington, Cohn predicted an infrastructure package would have “pretty broad bipartisan support.” He said “it is the very next thing on our agenda.”

Cohn spoke as lawmakers and the Trump administration are pressing a major overhaul of the tax system, something that he said he wants to be completed this year. “I think it’s really important to get it done,” Cohn said.

Cohn said he would be meeting with Trump the week after next to discuss a broad plan on infrastructure. He said there are “a lot of different alternatives” about paying for roads and bridges. Trump campaigned on a $1 trillion infrastructure plan.

Cohn said he was confident the House of Representatives would pass its tax bill this week, and assumed the Senate Finance Committee would complete work on its own bill this week.

Also see: Here are the winners and losers of the Senate tax plan.

Executives polled at the meeting, meanwhile, were skeptical about tax reform being completed this year. A survey found that 56% of CEOs said Congress wouldn’t pass a major tax bill by the end of the year.

Asked what he’d most like to see from Washington in the coming months, Michael Kasbar, CEO of World Fuel Services Corp., /zigman2/quotes/201809068/composite INT +3.69%   called tax reform a “no-brainer.

“Making U.S. companies competitive on the global playing field is eminently sensible,” he told MarketWatch in a brief interview.