‘He is now the candidate and I will be voting for him,’ says the Republican former secretary of state and chairman of the Joint Chiefs of Staff 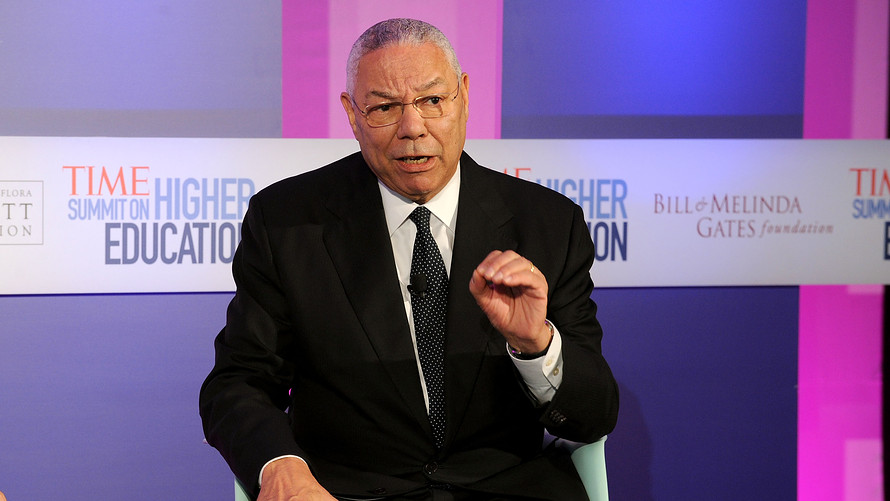 Colin Powell said Sunday that he’ll be voting for Joe Biden for president in November.

“He is now the candidate, and I will be voting for him,” Powell said in an interview on CNN’s “State of The Union.”

Powell, perhaps the most prominent black Republican, said he is “very close” with Biden and has worked with him for almost 40 years.

In the interview, Powell spoke harshly about President Donald Trump, calling him a liar, and saying he was “drifting away” from the constitution.

Powell was the secretary of state under President George W. Bush and also the chairman of the Joint Chiefs of Staff. Powell said he didn’t vote for Trump in 2016.

Trump later responded to Powell’s interview on Twitter. The president called Powell “a real stiff” and attacked Powell’s record leading up to the Iraq War.

Powell said he was proud that other ex–military leaders are speaking out against Trump’s push to use active-duty military personnel to combat the protests.

Powell said the country appeared to be at a turning point and that the mass-protest wave should be “embraced.”

In an interview on CBS’s “Face the Nation,” Condoleezza Rice, who succeeded Powell as secretary of state and also served as a Bush national-security adviser, urged Trump to “speak in the language of unity, the language of empathy.” She said Twitter was not a great venue for complex messages and urged him to take a break from the social-media platform.

Rice praised the protesters for taking a stand on the death of George Floyd in police custody.

“As somebody who grew up in Birmingham, Ala. — Jim Crow Alabama — when, if a black man was shot by a policeman, it wouldn’t have even been a footnote in the newspaper, I am really grateful for people who are going out now and saying, ‘No, that is not acceptable,’ ” Rice said.