Is palm oil as bad as cigarettes and coal in blurring the safety line between animals and humans? Analysts say ‘wet markets’ are only the tip of the issue 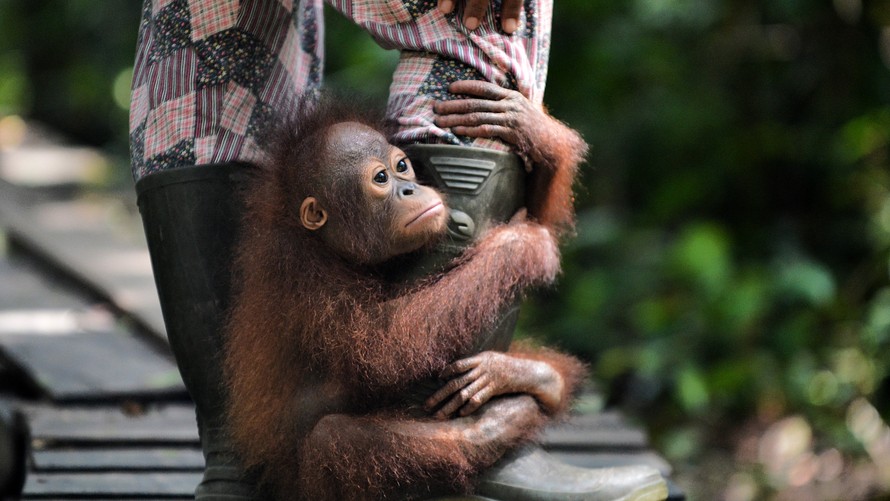 Getty Images
An orphaned orangutan is learning to fend for himself since being found wandering alone and suffering smoke inhalation from burning at a palm oil plantation in Indonesia's part of Borneo.

Plenty of blame for the spread of the deadly coronavirus that causes COVID-19 has been leveled at the Chinese “wet markets” that offer wild animals — endangered species in some cases — as cuisine.

The cultural finger-pointing has arguably been as controversial as the practice, particularly as the pandemic has spread and governments provide varying degrees of response.

Interaction between humans and animals, often forced because of lost biodiversity, is neither exclusive to this outbreak nor likely to become less controversial absent intervention in coming years, environmentalists warn.

According to some scientists, the strain of the novel coronavirus can reportedly be tied to bats and then the pangolin , a scaly anteater that is considered a delicacy in some diets in the developing world. Studies of the coronavirus origin persist and even include so-far unproven speculation that the disease was lab-born . Sen. Lindsey Graham, the South Carolina Republican, and Sen. Chris Coons, a Democrat of Delaware, are leading a group of bipartisan U.S. senators in “urgently” requesting that China “immediately” close all operating wet markets amid the coronavirus pandemic. The fresh markets are called “wet” because they sell perishable goods, distinguishing them from “dry” street markets that might sell fabrics and electronics.

The Centers for Disease Control and Prevention estimates that three out of every four new or emerging infectious diseases in people come from animals. Most scientists see a link between deforestation, habitat change and pandemics. From Zika to West Nile, Ebola to SARS, Nipah to COVID-19, deforestation has had a hand in many of the world’s worst viral outbreaks as lost habitat brings animals in closer contact with humans.

Jay Lipman, president and co-founder of sustainable asset manager Ethic, explains: the palm oil used especially in industrial baking and the tobacco grown to satisfy smoking habits which, while reduced from decades past, still enjoys strong demand in some parts of the world, are in large part to blame. Include coal-power use, particularly in parts of Asia, in his trio of violators. All require the clearing of forest habitats that force animals out of the wild into developed villages and cities. With this forced migration comes a greater chance for zoonotic or zoonosis disease spread.

Zoonotic describes an infectious disease caused by a pathogen (including bacteria, viruses and parasites) that has jumped from nonhuman animals (usually vertebrates) to humans.

“Due to anthropogenic activities, we are substantially increasing our exposure to pathogens we have never been exposed to, and thus we’re not prepared to respond to. We’re doing this in two main ways: bringing wildlife too close to us [such as markets], or us getting too close to wildlife [by way of overdevelopment],” says Daniel Mira-Salama, senior environmental specialist in the World Bank’s Beijing office.

“The second, large amplification phenomenon could be attributed to globalization: once a pathogen has spilled over to humans, and enough individuals are infected, international flights and cruises and global value chains, transport those infected individuals to all corners of the globe,” he says.

Human-animal contact through hunting and farming is a chief factor, but so are others. Poleward shifts in the geographic distributions of species, the spread of deadly forest fires in Australia and elsewhere and the bleaching of coral reefs have all been linked to climate change and pose a risk to biodiversity. 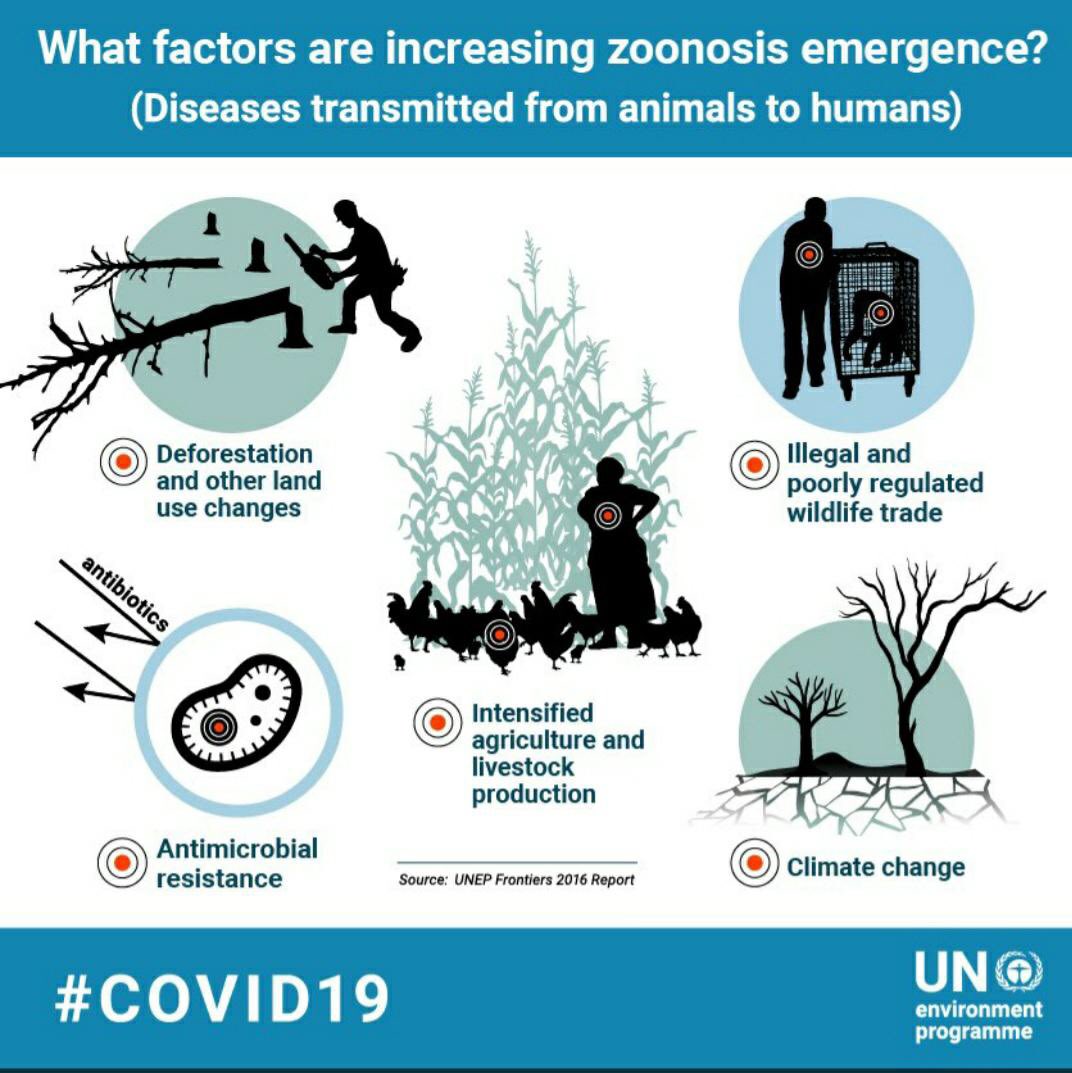 Research suggests that infectious disease outbreaks very often follow extreme weather events, as microbes, vectors (such as ticks spreading Lyme disease) and reservoir animal hosts exploit the disrupted social and environmental conditions left in their wake — these extreme weather events are only set to become more frequent as global warming’s effects are felt in communities across the world, according to some research .