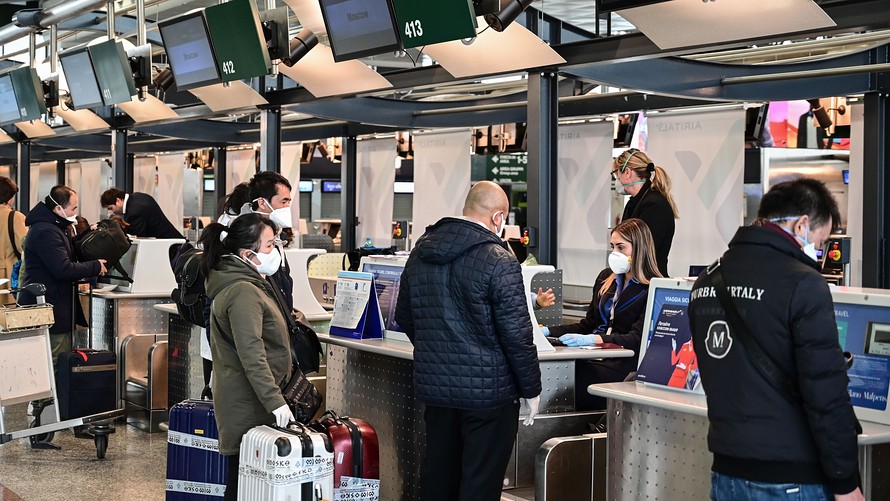 The rapidly growing outbreak of COVID-19 in Italy combined with worries about oil prices sent the stocks of some of Italy’s largest companies tumbling.

Over the weekend, Italian Prime Minister Giuseppe Conte signed a decree limiting community interaction for nearly five weeks in parts of Northern Italy most affected by the outbreak. Movie theaters and schools have been closed, funerals suspended, and people have to stay at least 3 feet from one another in bars and restaurants. In the Lombardy region, more than 10 million people face some form of a quarantine

“The question for Italy is: can they launch a large-scale epidemic response in the most effected areas, and can they limit the emergence of the epidemic in the other areas so they can focus on their intervention in the most effected zone,” Dr. Michael Ryan, executive director of the World Health Organization’s (WHO) Health Emergencies Programme, told reporters on Monday.

There are a total of 113,575 cases and 3,995 deaths, and more than 62,000 people have recovered. The novel coronavirus, which was first detected in December in Wuhan, China, until recently had primarily impacted mainland China, which has reported about 72% of total cases and 77% of deaths worldwide. A week ago, China had 89% of cases and 95% of deaths, a shift that marks how quickly the outbreaks in Iran, Italy and South Korea have expanded.

“Now that the virus has a foothold in so many countries, the threat of a pandemic has become very real,” WHO director-general Tedros Adhanom Ghebreyesus told reporters on Monday. “But it would be the first pandemic in history that could be controlled.”

Cuomo said Monday that there are now 142 cases in New York, and eight of those patients have been hospitalized. He also announced a new policy that if a student is confirmed for COVID-19, that school will be closed for at least 24 hours for an initial assessment. “Then a determination will be made about whether to close the school for longer,” he tweeted .

Credit Suisse analysts wrote Monday that they expect the “brunt of the economic/earnings impact” in the second quarter of 2020, with the first-quarter impact likely to be modest. “The cadence of corporate profits should shift as a result of the virus, with the bulk of the downside (-8%) occurring in 2Q, and a rebound in the latter half of the 2020,” they wrote.

Oil down 20%, set for largest 1-day plunge since 1991 Gulf War on fears of global price war

Trump on allowing Grand Princess cruise passengers to disembark: ‘I’d rather have them stay on, personally’

What is a state of emergency and why are governors declaring them as the coronavirus spreads?

FDA commissioner: CDC coronavirus tests have been used for 1,583 patients

Americans are stocking up on disinfectant wipes, but will they kill coronavirus?