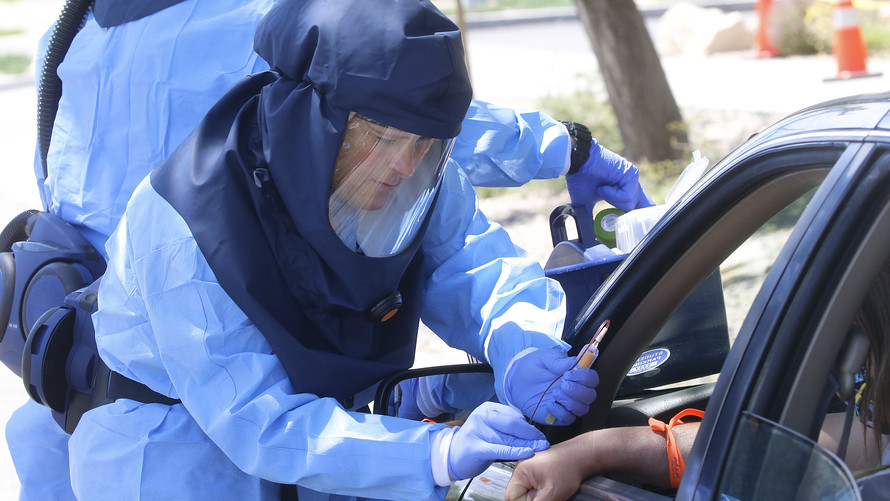 The number of reported new daily COVID-19 cases in the U.S. declined Tuesday but the death toll increased, as President Donald Trump was lambasted for his handling of the crisis at the Democratic National Convention, made virtual for the first time because of the pandemic.

The U.S. is by far the world-wide leader in cases with 5.46 million and also in COVID-19-related deaths with 171,120, according to Johns Hopkins University data , so speakers at the Democratic convention late Monday took the opportunity to criticize handling of the crisis.

Kristin Urquiza, whose 65-year-old father died from COVID-19 in June, said Trump’s “dishonesty” about the severity of the virus, and his pushing to end social-distancing rules before it was safe is what killed her father.

Urquiza said her father was a “healthy” 65-year-old Donald Trump supporter, and his only pre-existing condition was trusting Trump.

Don’t miss : Daughter of Trump voter who died of coronavirus: ‘His only pre-existing condition was trusting Donald Trump.’

Among others who criticized Trump’s handling of the crisis, New York Gov. Andrew Cuomo praised his state’s handling of the pandemic while calling the Trump administration “dysfunctional and incompetent,” as it tried to deny, then ignore and then politicize the virus. Read more about speeches from Sen. Bernie Sanders and former first lady Michelle Obama. 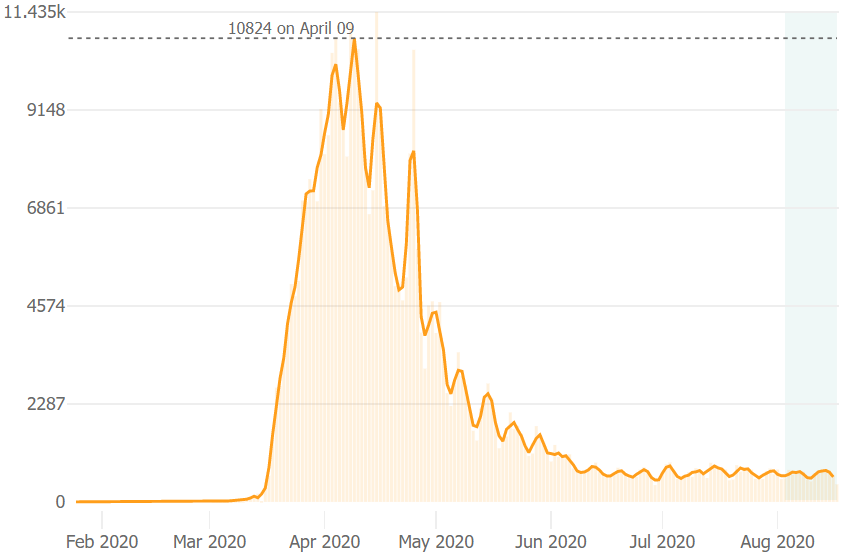 Meanwhile, questions remained about school reopenings amid the pandemic, University of North Carolina at Chapel Hill did an about face by saying it will switch undergraduate classes to remote instruction, after a “spate” of COVID-19 infection clusters during the first week of classes. Other colleges are asking students to sign agreements acknowledging the dangers of COVID-19 before returning to class, as MarketWatch’s Jillian Berman reports.

Not all mutations are bad news

Paul Tambyah, senior consultant at the National University of Singapore and president-elect of the International Society of Infectious Diseases, said in an interview with Reuters that there is reason to believe the proliferation of D614G has coincided with a fall in death rates.