In a second embarrassment for a major U.S. public health agency this week, CDC says asymptomatic people exposed to infection can again be tested 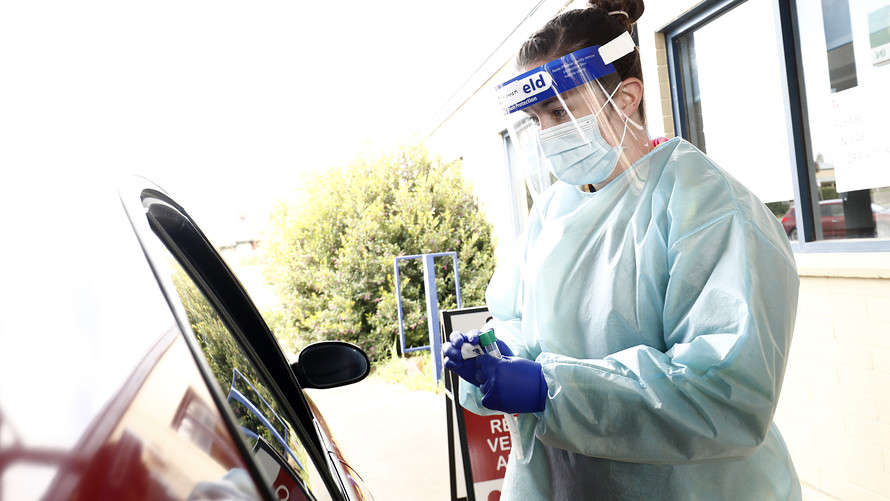 The number of confirmed cases of the coronavirus illness COVID-19 worldwide climbed above 24 million on Thursday, and the U.S. tally topped 5.8 million, as the head of the Centers for Disease Control and Prevention walked back a change in guidelines on testing following a storm of criticism from doctors and scientists.

Just days after the agency quietly revised its guidance on testing to exclude asymptomatic patients, CDC head Robert Redfield said “testing may be considered for all close contacts of confirmed or probable COVID-19 patients,” according to media reports. It was a sudden about-turn that came after leading public health experts, including the Harvard Global Health Institute, said the change would lead to more cases and more deaths.

The new guidance represented “a major departure from the evidence-based policy on tracing and testing contacts of positive cases that has played a key role in the success of states such as New York and Massachusetts and countries such as Germany and South Korea to contain the virus,” the HGHI said in a statement.

Until Monday, the CDC was recommending that people who had spent more than 15 minutes with an individual who had tested positive for the virus should also get tested, regardless of the presentation of symptoms. One reason the virus has spread so far and so fast is because it is spread by patients with no symptoms, who account for an estimated 40% of confirmed cases, according to one research letter published in May in JAMA Network.

Other estimates suggest up to 50% of infected patients are asymptomatic. That’s why health experts are urging all Americans to wear face masks, wash their hands frequently and socially distance from others who may have the virus without knowing it.

The CDC’s guidance shift on testing had been championed by White House officials, according to a New York Times report.

President Donald Trump has repeatedly said the U.S.’s world-leading case tally is due to its conducting more tests, an argument that has been dispelled by scientists and doctors — and one that has aggravated concerns that government agencies are being politicized in the Trump era.

The reversal marks the second embarrassment this week for a major U.S. public health agency. On Monday, the head of the U.S. Food and Drug Administration, Stephen Hahn, acknowledged in a tweet that he misspoke at a Sunday briefing. Standing beside Trump at the White House, with Trump having promised a major announcement, Hahn told reporters that a study had shown convalescent plasma achieving a 35% improvement in survival in a COVID-19 trial.

“What that means is — and if the data continue to pan out — 100 people who are sick with COVID-19, 35 would have been saved because of the administration of plasma,” Hahn said.

At that Sunday press conference Hahn announced an emergency-use authorization for convalescent plasma as a treatment for hospitalized patients. The briefing was held on the eve of the Republican National Convention. Trump hailed the EUA as a “breakthrough.”

A day earlier, Trump had criticized the FDA for being slow to approve therapies and treatments for COVID-19 and suggested staffers were holding off until after the November presidential election.

“I have been criticized for remarks I made Sunday night about the benefits of convalescent plasma. The criticism is entirely justified,” Hahn subsequently wrote on Twitter. “What I should have said better is that the data show a relative risk reduction not an absolute risk reduction.”

In the letter describing the EUA, which is not equivalent to a full FDA approval, the chief scientist for the FDA, Denise Hinton, said: “COVID-19 convalescent plasma should not be considered a new standard of care for the treatment of patients with COVID-19. Additional data will be forthcoming from other analyses and ongoing, well-controlled clinical trials in the coming months.”

New York Gov. Andrew Cuomo, California Gov. Gavin Newsom and Washington state Gov. Jay Inslee had all criticized the CDC testing-guidance change and said they would not comply. Cuomo dismissed it as yet another political move by Trump, and not one based on science.

• France is gearing up to mandate that all residents of Paris wear face masks in public, following a surge in new infections in recent weeks. Prime Minister Jean Castex said the country could lose control of the outbreak if more isn’t done.

“The virus is spreading all over the country,” Castex told reporters at a briefing. “ The spread of the epidemic could become exponential if we do not react quickly.

The French reproductive rate, or “R” number, has risen to 1.4, said Castex, meaning that every 10 infected people are infecting another 14. Experts say an “R” number above 1 is risky. France is eager to avoid another lockdown that would hurt its economy, but the virus is spreading fast among young people.

• The World Health Organization said young people have become a core group being infected and infecting others across Europe, which has seen a worrying spike in cases in recent weeks, including in countries like Spain, Italy and Germany that seemed to have succeeded in containing the spread.

Dr. Hans Henri P. Kluge, WHO regional director for Europe, said young people need to be aware that “no one is invincible” and the pandemic is a “tornado with a long tail,” the Guardian reported.

• The North Carolina State University is closing residence halls and ordering students to leave campus by Sept. 6, as it moves to contain a cluster of new cases, some of which are believed to steam from college parties, the Washington Post reported .

“We hoped and strived to keep residence halls open and safe to best serve our students,” Chancellor Randy Woodson wrote in a memo to students. “However, the rapid spread and increasing rate of positive cases have made our current situation untenable.”

The university has reported 24 clusters in residence halls, off-campus apartment blocks and Greek housing since it resumed classes earlier in August, according to the Raleigh News and Observer.

• South Korea counted 441 new COVID-19 cases on Wednesday, its highest tally since early March, according to the Korea Centers for Disease Control and Prevention. The country now has 18,706 cases and 313 deaths.

There are now 24.3 million confirmed cases of COVID-19 worldwide, according to data aggregated by Johns Hopkins University, and at least 827,670 people have died. About 15.8 million people are confirmed to have tested positive and recovered.

China, where the illness was first reported late last year, has 89,805 cases, and 4,715 fatalities

The coronavirus pandemic could have a lasting impact on city life. WSJ’s Jaden Urbi explores how the ways we work, shop and play are changing as urban designers refocus on health, tech and open spaces. Illustration: Zoë Soriano