X
Tweet
Share this bulletin
Get news bulletins by email
Bulletin The Fed, stock market are set for a showdown this week. Here's what’s at stake. » 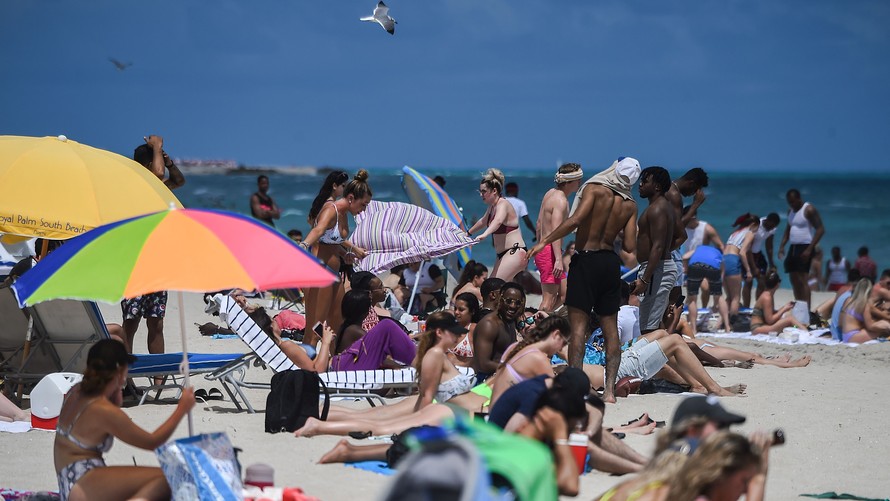 The number of confirmed cases of the coronavirus illness COVID-19 climbed above 13 million on Tuesday, and the world’s eighth biggest economy, California, moved to again temporarily shut down higher-risk businesses such as bars and restaurants after a spike in hospitalizations.

Other centers reimposing restrictions on movement include Hong Kong, and parts of Australia and India, including outsourcing center Bangalore. Russia reported more than 6,000 new cases overnight and in France, a baby boy was infected in its mother’s womb . In the U.K., face masks will become mandatory in indoor shops across England from July 24. French President Emmanuel Macron wants to require masks inside all indoor public spaces by Aug. 1.

World Health Organization Director-General Tedros Adhanom Ghebreyesus warned that there is no way to return to normal “for the foreseeable future” and that there are “no short cuts out of this pandemic,” at a news conference, as the Guardian reported.

In the U.S., a growing chorus of voices lamented the tensions between President Donald Trump and his own expert advisers, including Dr. Anthony Fauci, head of the National Institute for Allergies and Infectious Diseases, who is increasingly being targeted by administration officials over alleged mistakes make in handling the pandemic.

Trump accused his most experienced infectious-disease expert of mistakes in a Fox News interview at the weekend, and administration officials gave the Washington Post a series of talking points outlining failures such as mixed messaging on wearing face masks.

The U.S. now has 3.39 million confirmed cases of COVID-19 and at least 135,984 people have died, according to data aggregated by Johns Hopkins University. Forty one states and territories have seen cases rise over the last 14 days, according to a New York Times tracker.

Florida is the new hot spot and Miami is the state epicenter. Florida counted more than 12,000 new cases on Monday, after more than 15,000 on Sunday. The Sunshine State has 282,427 confirmed cases and 4,276 people have died, the New York Times tracker shows.

Carlos Migoya, chief executive of Miami-based nonprofit Jackson Health System, said Miami has about a three-week window before hitting the peak, and is missing vital equipment to cope — including staff: “That is a very tough three weeks,” Migoya said on MSNBC. “We’ve already been going at it for a full four months, and our staff are very, very tired and stressed, and, of course, nervous.”

See: Coronavirus slashes deal-making globally: What to expect next

Miami currently has a testing positivity rate of 25% to 28%, he said, which makes reopening schools in the fall unviable, he said. Multigenerational housing in Miami is causing young people to infect their parents and grandparents, he said, urging the public to wear face masks in public and socially distance.

“We’re finding an awful lot of people that are extremely aggressive and against complying to those environments that is not really understandable at all,” he said.

That message was echoed by Miami-Dade County Mayor Carlos A. Giménez: “‘Unless we change behavior, you can do all the tests in the world you want, we can get all the contact tracers in the world we want, it’s not going to make a difference,” said Giménez. “We have to change our behavior.”

Robert Redfield, head of the Centers for Disease Prevention and Control, agreed. Redfield said at a Monday news conference that if every American agreed to wear a mask, “over the next six weeks we could drive (the virus) into the ground.” 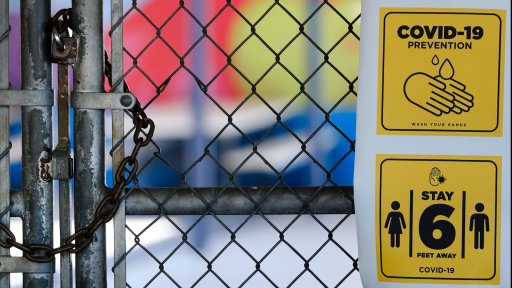 Los Angeles and San Diego public school districts said Monday they will begin the year online, as California grapples with mounting Covid-19 cases and the WHO issued cautionary statements regarding coronavirus and kids. Photo: Richard Vogel/AP

There are now 13.2 million confirmed cases of COVID-19 world-wide and at least 574,615 people have died, according to data aggregated by Johns Hopkins University. At least 7.3 million people have recovered.