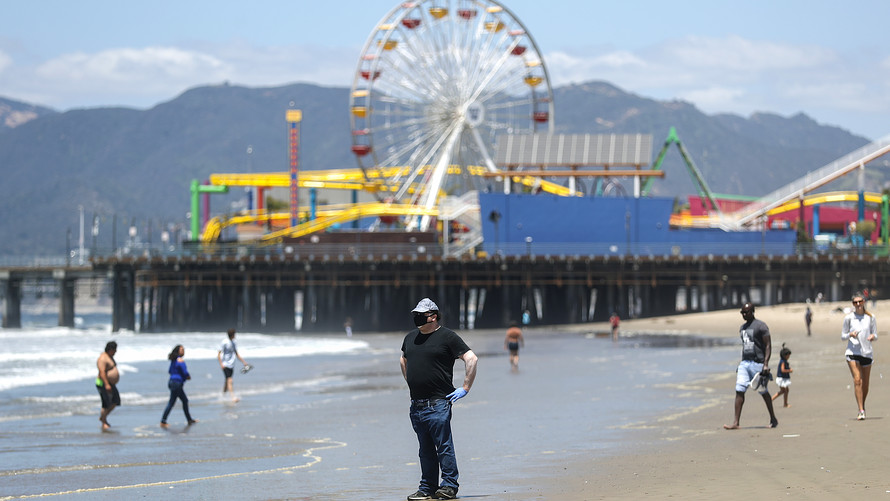 California now has more than 424,000 confirmed cases of COVID-19, compared with New York's 414,405, although New York’s death toll is still the highest in the nation at 32,270, according to a New York Times tracker.

California is the most populous state in the U.S. with 40 million residents, or roughly double the population of New York. California set a record for number of cases in a single day on Wednesday at 12,162, and record number of deaths in a 24-hour period at 155. Missouri, North Dakota and West Virginia also tallied record case numbers and Alabama, Idaho and Texas recorded daily death records, the Times reported.

On Wednesday, there were 59,628 Americans being treated for COVID-19 in hospitals, according to the Covid Tracking Project, closing in on the record of 59,940 set on April 15.

California cases have been climbing since the state lifted its statewide lockdown in May and early June. Statewide, hospitalizations have nearly doubled in the past month to more than 7,100 patients, according to the Associated Press. Coronavirus patients in intensive care have risen 71% in that period to more than 2,000.

Gov. Gavin Newsom and health officials have blamed the increase on people, especially younger people, gathering in groups and not wearing masks or maintaining social distancing. Newsom imposed new shutdowns at the end of June, closing bars and indoor dining, along with indoor malls and gyms. But officials caution it’s too early to say whether those measures will slow the spread of the virus. Los Angeles Mayor Eric Garcetti has warned the situation in LA has become so tenuous that a virtual lock-down may be needed.

A day after President Donald Trump finally urged Americans to wear face masks and said the pandemic will get worse before it gets better, he undermined that message by saying he doubts the value of diagnostic testing in an interview with Fox News, calling it “overrated.”

Health experts have consistently cautioned that testing, tracing and isolating contacts of infected patients are crucial in containing the spread of the deadly illness. Many state governors have lamented the lack of a national plan on testing and experts at Harvard University have said the U.S. is falling short of testing targets during the pandemic.

Trump’s comments also undermined his own public health agencies. On Wednesday, officials at the National Institutes of Health unveiled a plan to ensure it has the capacity to provide up to 6 million diagnostic tests a day by year-end.

The NIH established a Rapid Acceleration of Diagnostics program in April with $1.5 billion in stimulus funding, to focus on encouraging the development of point-of-care tests, in part by providing financial assistance to developers, and examining the role of home-based tests, biomarkers to identify an infection with the virus, and testing wastewater to understand the prevalence of the virus in a community. The Food and Drug Administration so far has granted emergency use authorization to 154 diagnostic tests, 31 antibody tests, and two antigen tests during the pandemic.

Former FDA Commissioner Scott Gottlieb told MSNBC that testing demand will only continue to rise heading into the flu season.

“Everyone who comes in with a febrile illness or a respiratory pathogen heading into the fall, or influenza, is going to have to be ruled out for COVID first,” he said.

For now, testing is being hampered by the long delays in getting results, he said. About a quarter of the tests being conducted are point-of-care tests, and another quarter are hospital tests, both of which come back quickly.

“It’s the other 50% that are run in the large commercial labs that are taking a lot of time because those labs are backed up,” he said. Those labs “literally can’t get the machines to expand their footprints,” he said.

Gottlieb said data from the CDC this week that showed that the true tally of cases is far higher than expected suggests more of the same to come.

“If you look what’s happening in Southern California right now, Texas, Arizona, Florida — there are indications perhaps that the epidemics in those states are starting to peak. It’s likely to be a long plateau. It’s not going to be like the New York experience, where there was a sharp up but a sharp down — granted, excess mortality, excess death and disease along the way.

“But they came down pretty quickly from their epidemic. These are likely to be more extended, but, even when these states start to peak — if you look at the data, it looks like Georgia is getting hot, Ohio is getting hot, Missouri has an epidemic under way, Tennessee, Montana — so even as certain states start to peak and maybe have a reduction, other states are heating up.” 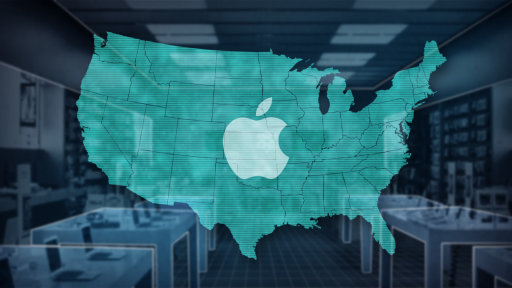 Want to Know Where Covid-19 May Hit Next? Watch the Apple Store Closures

Apple has consistently been one of the first retailers to close its doors in areas of the U.S. just as they see a surge in Covid-19 cases. WSJ tracked hundreds of store closures, coronavirus statistics and lockdown measures to piece together Apple’s shutdown strategy. Illustration: John McColgan

There are now 15.3 million confirmed cases of COVID-19 worldwide and at least 625,005 people have died, according to data aggregated by Johns Hopkins University. At least 8.7 million people have recovered.

The U.S. has the highest case tally at just over 4 million, or about a quarter of the total, and the highest death toll at 143,967.

China, where the illness was first reported late last year, has 86,026 cases and 4,649 fatalities.

The number of Americans seeking jobless benefits rose in the week ended July 18 for the first time since March, adding to concerns about the surge in new COVID-19 cases across the U.S.