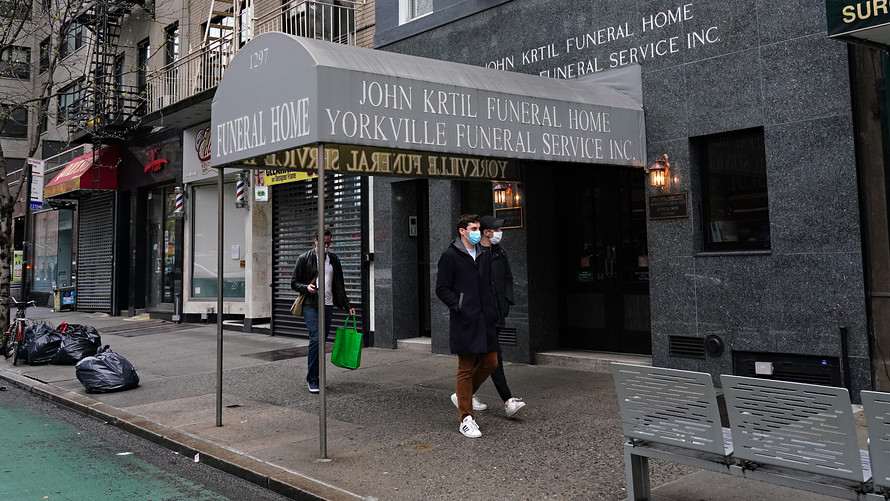 The U.S. death toll from the coronavirus that causes COVID-19 has surpassed the number of lives lost in the Vietnam War as more than 1 million Americans are confirmed to have had the deadly illness.

Data aggregated by Johns Hopkins University show the U.S. has had 60,316 fatalities from the virus, more than the 58,220 Americans who died in the Vietnam War that lasted about 20 years. The data show 1.02 million cases in the U.S.

President Donald Trump continued to defend his administration’s record on handling the pandemic on Tuesday, as he met with Florida Gov. Ron DeSantis, the Associated Press reported. DeSantis has been criticized for his slow response to the spread of the virus in his state.

Trump insisted that the U.S. was doing enough testing to protect Americans re-entering the workforce and said the rate of testing would soon reach 5 million a day, without specifying details. The U.S. has only conducted 5.7 million tests to date, according to the Johns Hopkins data.

Read: The future of successful coronavirus response: Mass testing at work and in church and self-administered tests

Vice President Mike Pence drew the ire of public-health officials—and the internet—by visiting the Mayo Clinic without wearing a face mask. In a now-deleted tweet, the Mayo Clinic said Pence had been informed ahead of his visit that face masks were compulsory during the pandemic. Photos from the trip show Pence to be the sole person who is not wearing a mask. Health-care workers said his example may encourage others not to wear masks, which are compulsory in some states, including New York. 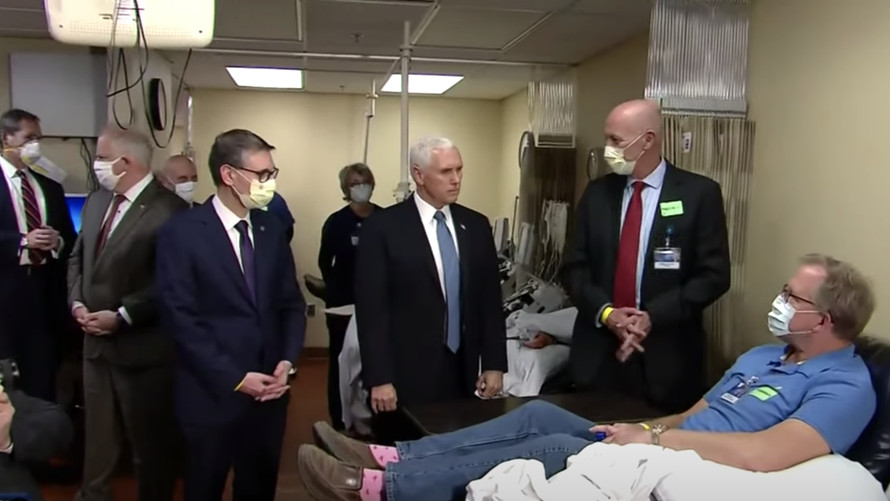 There was tragic news from Massachusetts where 68 people at a home for veterans died of COVID-19, according to state officials cited by the Guardian. The state-run Holyoke Soldier’s Home has another 82 residents and 81 employees, who have tested positive. Federal officials, including State Attorney General Maura Healey, are investigating whether residents were denied proper medical care and whether legal action is required.

Read also: In the midst of the coronavirus pandemic, spending on health care collapses 18%

There are now 3.16 million cases of COVID-19 worldwide and at least 219,611 people have died, according to the Johns Hopkins data. At least 957,094 people have recovered.

See: As France and Spain unveil lockdown easing plans, here’s a look at what steps European countries have taken

The U.K. number surged after officials added patients who died in care homes or the community to the tally of those who died in hospitals That led to a sharp increase of 3,811 in a single day, according to Public Health England , and bumped the death toll to third highest in the world, after the U.S. and Italy. Wales has suffered 886 deaths from the virus, while Scotland has lost 2,272 lives, according to the National Records of Scotland.

Northern Ireland, the smallest of the four countries that make up the U.K., has suffered 338 deaths, according to the Department of Health.

In the U.S., New York remains the epicenter with about 300,000 cases and almost 25,000 deaths. New York state counted another 330 deaths on Tuesday, down from the 335 reported on Monday, according to Gov. Andrew Cuomo. Hospitalizations are down on a three-day basis, along with intubations, he said, but the number of new patients showing up with infections remains flat.

See: Cuomo speaks of fears during New York’s coronavirus pandemic: ‘I had two nightmares when this started’

The pandemic continued to stress the U.S. economy and caused the biggest drop in gross domestic product in the first quarter since 2008 in a prelude of an even more massive decline in the spring, as MarketWatch’s Jeffry Bartash reported.

GDP, the official scorecard for the economy, shrank at a 4.8% annual pace from the beginning of January to the end of March, the government said Wednesday. Economists polled by MarketWatch had forecast a 3.9% decrease.

The worldwide spread of the coronavirus began to nip at the edges of the U.S. economy early in the quarter before exploding in March into the biggest crisis since the Great Depression some 90 years ago. The economy is likely to contract by 25% or more in the second quarter, with some forecasts putting the decline at a record 40%.

“The upshot is this was already an economic catastrophe within two weeks of the lockdowns going into effect. The second quarter will be far worse,” said U.S. economist Paul Ashworth of Capital Economics.

Separately, the index of pending home sales dropped 20.8% in March as the coronavirus pandemic took a significant bite out of real-estate activity, the National Association of Realtors reported.

This represented the lowest level of pending sales since 2011.

The index measures real-estate transactions where a contract was signed but the sale had not yet closed, benchmarked to contract-signing activity in 2001. It serves as an indicator for existing-home sales reports in the coming months.