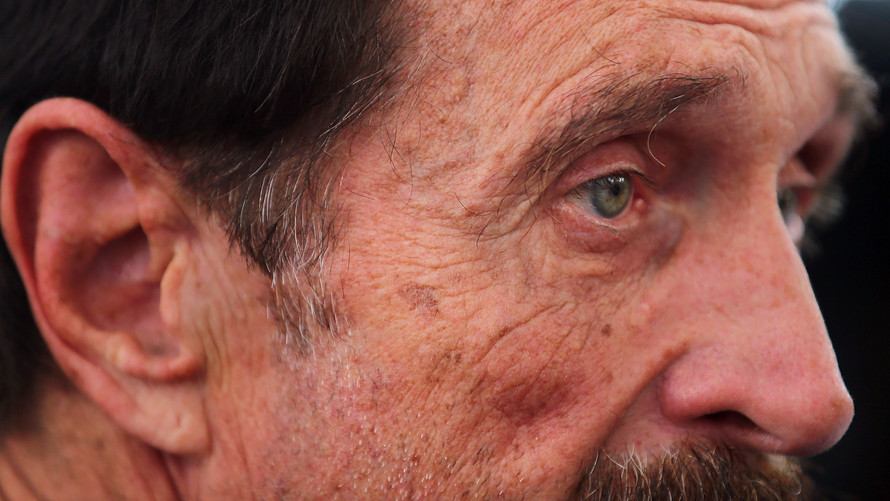 Getty
John McAfee speaks with reporters in Miami Beach in 2012 after his month on the run in Belize.

John McAfee, the colorful founder of his namesake antivirus software company, as well as a former fugitive and passionate cryptocurrency backer, says bitcoin is headed toward the $500,000 mark within three years.

Apparently, he’s got a lot riding on it:

That disturbing visual may be a joke, but bitcoin’s potential is no laughing matter, according to McAfee. In a tweetstorm that began Monday and is still raging, the eccentric techie laid out his bullish case and offered to take any bet to the contrary:

Of course, there were takers:

McAfee might be on the extreme end, but he’s not the only one with high hopes for bitcoin and the rest of the cryptos. Fundstrat’s Tom Lee, one of Wall Street’s biggest equity bears, says bitcoin’s the new gold, with $55,000 possible by 2022.

The overall crypto market topped the $80 billion-mark Tuesday after the recent declines dropped it to a low of $61 billion, according to Coindesk.