Daily case count rise to more than 227,000 as hospitalizations jump again to a record for the 19th day this month 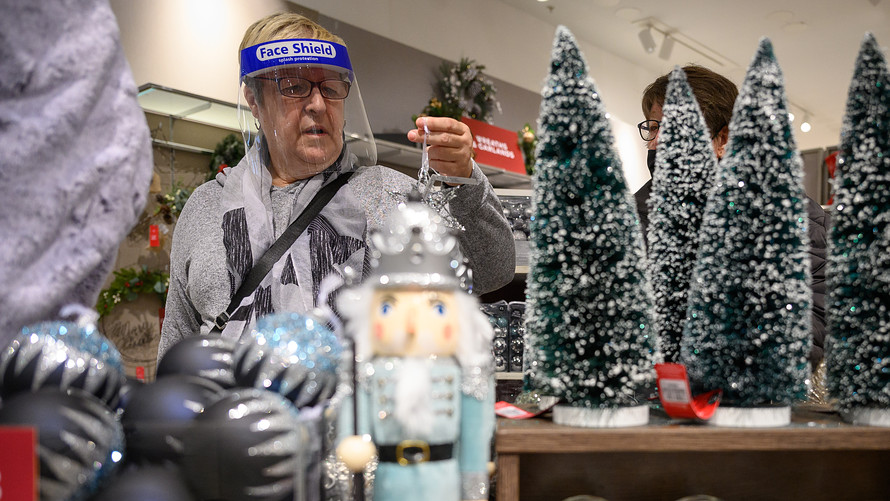 The U.S. suffered through one of its worst days on the COVID-19 front since the pandemic started, with the daily death toll jumping to more than 3,400, on the same day it reached an “early but important” milestone of more than 1 million vaccinated.

Hospitalizations grew by 1,702 to a record 119,463 on Wednesday, according to the COVID Tracking Project , to hit a daily record for the 19th time this month. The daily average of new cases over the past week was 213,472 cases, up 2% from the average two weeks before.

If there’s a silver lining, it’s that more than 1 million people have been vaccinated since the first dose was administered on Dec. 14, the Centers for Disease Control and Prevention (CDC) said late Wednesday.

That means, however, the U.S. will fall dramatically short of the stated year-end target for vaccinations of about 20 million.

Moncef Slaoui, chief scientific advisor to the Trump administration’s “Warp Speed” program, told the media later Wednesday that objective was unlikely to be met , as the process of immunizations is happening slower than originally expected.

Don’t miss : “A Word from the Experts,” a Q&A with MarketWatch reporter Jaimy Lee and Moncef Slaoui.

“There is currently a limited supply of COVID-19 vaccine in the U.S., but supply will increase in the weeks and months to come,” the CDC said in a statement on its website . “The goal is for everyone to be able to easily get vaccinated against COVID-19 as soon as large enough quantities are available.”

The CDC continued to stress that until every person in the U.S. is able to get a vaccine, Americans would be asked to social distance, wash their hands and wear makes in public.

And for the holidays, the CDC continued to recommend American postpone travel plans and stay home.

China, where the virus was first discovered late last year, has had 95,298 confirmed cases and 4,767 deaths.