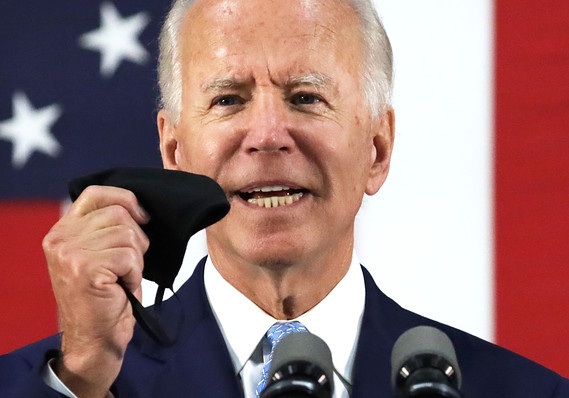 Forget the balloon-drops, backslapping and cheering crowds: This year’s Democratic National Convention, beginning Monday, will be an almost entirely virtual event, as the party faithful gather around computer screens and TVs to celebrate Joe Biden as their presidential nominee.

Originally scheduled as an in-person event in Milwaukee, the convention has instead changed to something resembling a four-day Zoom /zigman2/quotes/211319643/composite ZM +1.06%   meeting thanks to the coronavirus pandemic. Biden will accept the nomination on Thursday from his home state of Delaware, and speakers including vice-presidential pick Kamala Harris and party stars like Bill Clinton and Rep. Alexandria Ocasio-Cortez will be addressing fellow Democrats via video instead of onstage in Wisconsin.

Now read: Biden calls for national mask mandate, saying it would save 40,000 lives over 3 months.

But voters and investors will find plenty to chew on from four nights of prime-time speeches, including how Biden attempts to unite progressives and establishment Democrats and how he might further detail economic policies.

The event’s speaking schedule is a nod to Biden’s effort to bring a disparate party together. Sen. Bernie Sanders, who battled Biden for the nomination, has been given a speaking spot, as has fellow progressive Ocasio-Cortez.

See: Here’s how to watch the Democratic convention — plus who’s speaking, and when.

“I think the progressives are going to fall into line because they just want to defeat [President Donald] Trump,” said J. Wesley Leckrone, a political scientist at Widener University in Pennsylvania.

Biden’s task for his speech is to project a “competency and presidential air that shows that he can unite the country,” Leckrone said.

Trailing Biden in national and swing-state polls as well as betting markets , Trump is attacking the former vice president as beholden to the left of his party, as exemplified by the likes of Sanders and Ocasio-Cortez. That’s despite Biden’s rejection of policies like Medicare for All, which Sanders championed.

Trump has charged that the Biden-Harris ticket could sink stock markets /zigman2/quotes/210598065/realtime DJIA -0.48%   and the economy — though at least one analyst has said that it’s a Democratic sweep of the White House and Congress that would be best for the economy in the long run. Wall Street, what’s more, was reassured by Biden’s pick of Harris over a more-liberal vice-presidential contender such as Sen. Elizabeth Warren.

Now read: A Biden-Harris sweep would be best for economy, says Fidelity International .

“Part of the boost to the economy early in Trump’s administration was not just the tax cuts, but the big drop in regulation,” said Briggs, “along with just the general tone from the top on business.”

“I’m going to be looking for things like, does [Biden] sound like he’s moving far into re-imposing a lot of regulations?” he said.

U.S. stocks /zigman2/quotes/210599714/realtime SPX -0.31%   have rebounded since their March lows. At the same time, however, millions of Americans are out of work as the coronavirus continues to pound the economy, with U.S. unemployment remaining at more than 10%.

Such grim statistics give Biden an opening, says Leckrone.

“The economy — that was what Trump had going for him before all this started,” Leckrone said. “But now, [Biden] can start reaching out and saying, ‘I know what you’re going through right now, I grew up in that environment, and we’re going to build back.’” Biden frequently references his middle-class upbringing, and called Harris a “fearless fighter for the little guy” when he announced her as his running mate.

Democratic-convention speakers will give remarks each night from 9 p.m. to 11 p.m. Eastern.

Republicans will re-nominate Trump during the week of Aug. 24, and the president is planning his acceptance speech for Aug. 27.