These dogged stocks are the year’s best investment strategy 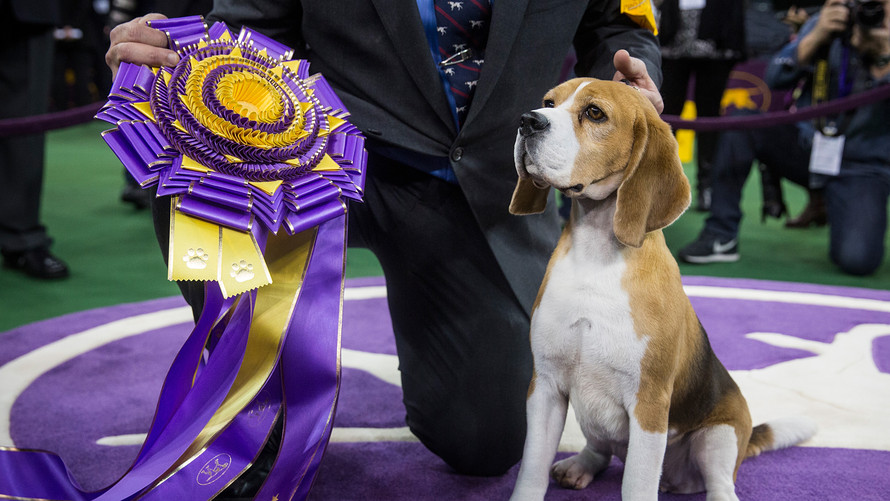 Getty Images
The ”Dogs of the Dow” strategy is up 15% year to date.

If you want a friend on Wall Street, your best bet is to get a dog. A dog of the Dow, that is.

The so-called “Dogs of the Dow” has the inside track for this year’s best-performing investment strategy.

The portfolio, first popularized by Michael Higgins in his 1991 book, “Beating the Dow,” is up an impressive 15% year to date, compared with the 3.8% increase in the Dow industrials or the 4% gain for the S&P 500 index (S&P:SPX) as of Monday’s close. That is before dividends are factored in.

The Dogs of the Dow strategy is fairly simple: Buy an equally weighted portfolio of 10 of the 30 Dow Jones Industrial (DOW:DJIA)  components with the highest dividend yields at the beginning of the year, rebalancing it annually. The success of this strategy has a lot to do with the fact that inherently, the highest dividend-yielding stocks also happen to be the cheapest, according to James Meyer, chief investment officer at Tower Bridge Advisors.

Bespoke Investment Group calculated the returns of each of the Dog components, highlighting the point that all 10 of the Dow stocks that offered the richest dividends at the end of 2015 have gained hefty returns so far this year. 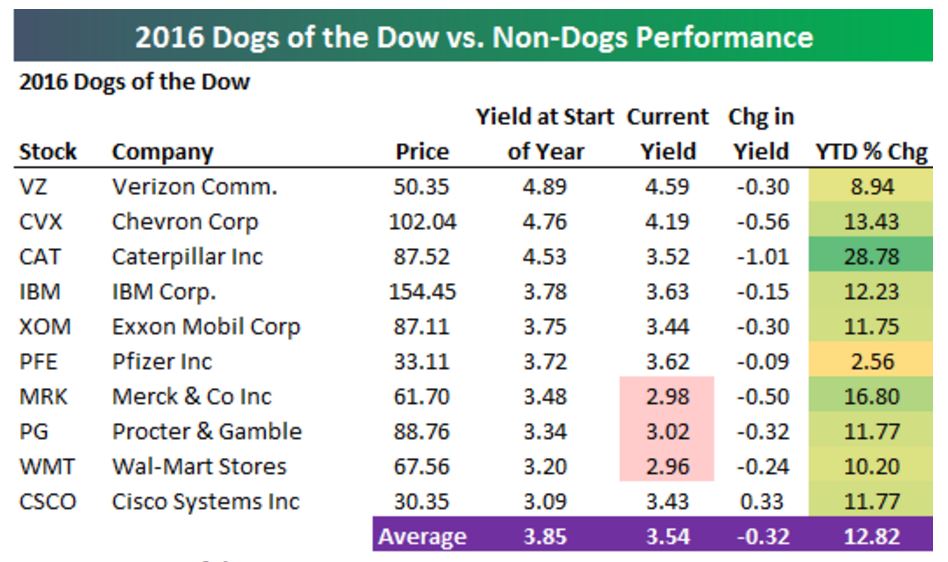 The other 20 stocks in the Dow are up less than 1%, suggesting the Dow’s returns came primarily from the Dogs this year. 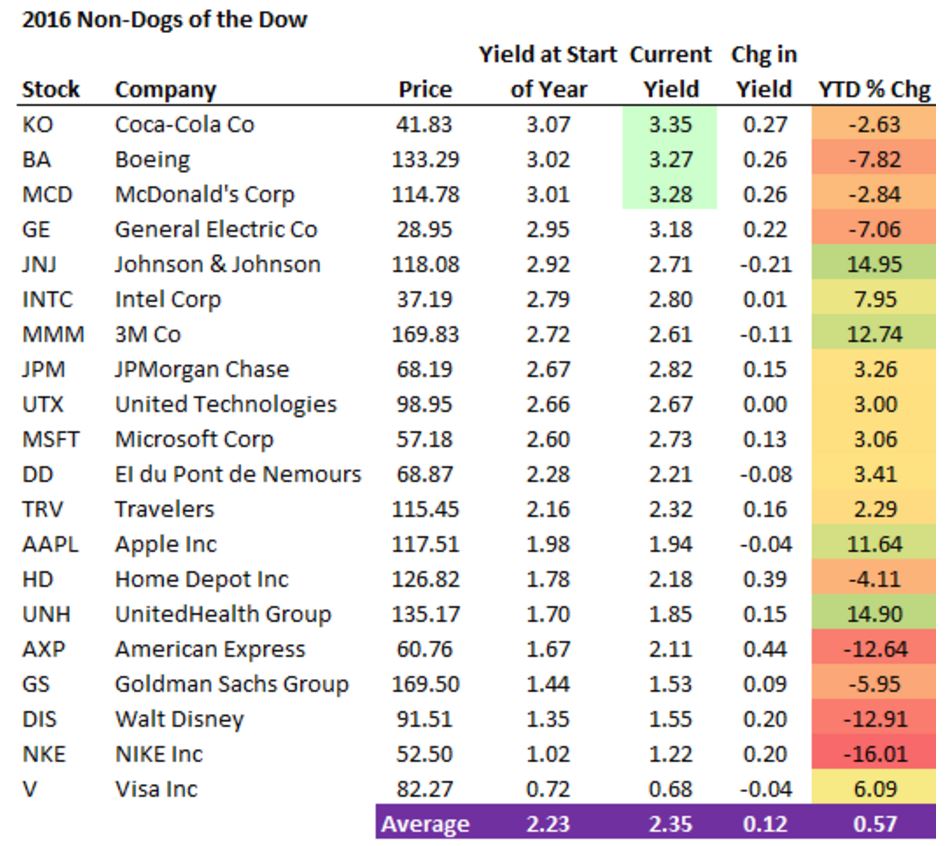 “Historically this is a strategy that has worked, and it goes to the concept that if you buy stocks at a low valuation — whether you look at it in terms of dividend yield or [price-to-earnings ratios], that doesn’t make much of a difference — you generally outperform,” said Meyer.

The strategy isn't designed to outperform every single year, however. There is always a risk that value stocks turn out to be a so-called value trap, never quite gaining much upward momentum.

Meyer, however, still likes the idea, arguing that the strategy outperforms over the long term.

Still, investors looking to capitalize on this strategy have few options. One of them is the Elements Dogs of the DOW Dow Jones High-Yield Select 10 Total Return exchange-traded note , which is designed to implement a “Dogs of the Dow” strategy but is comparatively expensive. Investors would be charged ¾ of a percent of assets under management for a simple strategy that comes with a low turnover. To compare, the expense ratio for the SPDR Dow Jones Industrial Average ETF Trust (PSE:DIA) , which tracks the Dow itself, is 0.17%.

Another ETF implements a “Dogs of the S&P 500” strategy. The SPDR S&P 500 High Dividend ETF (PSE:SPYD) buys a portfolio of 80 of the S&P’s highest yielding stocks and allocates them on an equal-weight basis. The fund, which comes with a 0.12% expense ratio, is up 12% this year.

It helps that some of this year’s Dogs hail from the energy patch and those tied to the oil-and-gas sector, including Chevron Corp . (NYS:CVX) , Caterpillar In c (NYS:CAT)  and Exxon Mobil Corp . (NYS:XOM) , a group that benefited from a sharp rebound in energy prices. In addition, the strategy has outperformed amid increased demand for dividend-paying stocks, with investors using yield as a source of income in an environment of ultralow bond yields. The average yield for a Dog component is 3.5%, according to Bespoke. To compare, the yield on the 10-year U.S. Treasury note (XTUP:BX:TMUBMUSD10Y) is 1.77%.

But just as bond yields are sensitive to rising inflation and higher interest rates, any sign of either would generally hit high-dividend stocks. The negative performance of the ETN in the third quarter, when it fell 1.6%, is a case in point. Despite that, the year-to-date return is nearly quadruple the S&P 500’s return.

Chris McKhann, managing editor at Simpler Trading, says wealthy investors would be much better off replicating the “Dogs of the Dow” strategy on their own, as trading costs would come in below the fee paid for the DOD ETN.

“With a flat trading cost at discount online brokerages, it would make sense to trade 10 stocks once a year,” said McKhann. “The larger the account, the more cost-efficient it would be.”

The biggest problem with the strategy is investors’ ability to stick with it, according to McKhann.

“Over the long term, the strategy outperforms, but most people don’t have enough patience to ignore poor performance that occurs in the short term,” he said.