Don’t laugh: Here’s why the ‘great rotation’ from bonds to stocks could finally happen in 2020 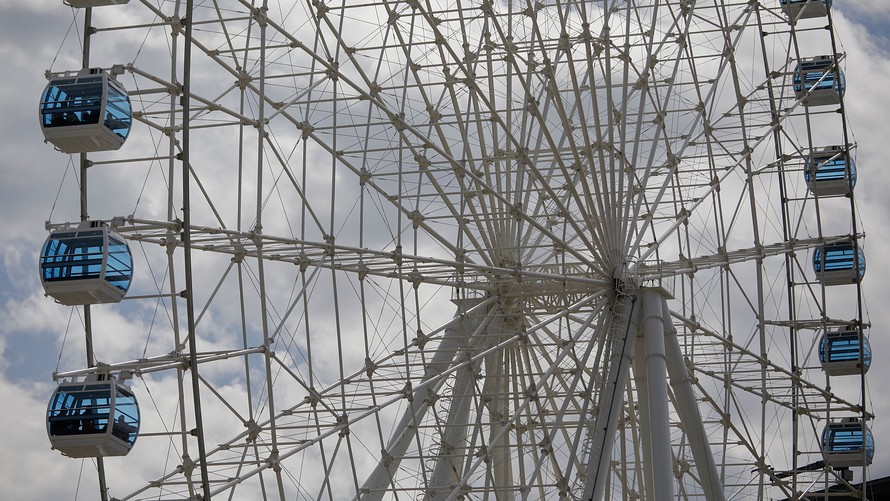 Stop us if you’ve heard this one before: After years of bond- and money-market-fund inflows and equity-fund outflows, investors grow fearful of a rebound in yields and the potential for capital losses in fixed-income, sparking a “great rotation” out of bonds and into equities.

That scenario, which implies the potential for a final, euphoric surge to what’s often been described as the “most hated” bull market in stock-market history, has been regularly predicted ever since the 2013 “taper tantrum” that drove a temporary spike in Treasury and other bond yields. Indeed, such predictions are now usually met with derision, acknowledged Julian Emanuel, chief equity and derivatives strategist at BTIG, in a Wednesday note.

Read: Where will the S&P 500 go in 2020? Here are the most bullish and bearish strategists

But such a phenomenon has marked the “late innings” of “all great bull markets,” he argued. And the current run-up from the March 2009 low is unlikely to be an exception.

“After almost 11 years of equity market rally off the 2009 low, it is futile not to call this a ‘great bull market.’ It is,” Emanuel wrote. “And the public will ‘fall in love’ with stocks once more — potentially sending prices materially higher from these already ‘commanding heights’ — before the bull market ends.”

Need to Know: Irrational exuberance? Why last year’s stellar returns may have been a reversal of ‘excessive pessimism’

Meanwhile, individual investors did put money into equity funds in the week ended Dec. 26, but that was only the third weekly inflow since late in the second quarter of 2017, according to data from EPFR.

Emanuel noted that the public remained a huge buyer of bonds and a steady seller of equities over the latter half of the last decade as money-market balances rose to levels seen only during the worst days of the 2007-09 financial crisis (see charts below).

So what would finally bring a long-awaited fund-flow inflection to bear? Emanuel said two, discrete catalysts would provide the signal.

See: The stock-market rally means it will take the average worker a record 114 hours to buy one unite of the S&P 500

A move above those round numbers could “alert the investing public to the potential for capital losses in bond funds in 2020, as central banks continue to want more inflation and fiscal stimulus globally (particularly for infrastructure/climate change projects) looks set to accelerate,” Emanuel wrote.

Meanwhile, the continued “democratization” of investing, as evidenced by growth in zero-fee index funds and fractional trading offered by brokers and funds, as well as the race to zero-fee online stock trading by a number of high-profile brokerages, could provide the second catalyst, he said. Discount-broking pioneer Charles Schwab Corp. /zigman2/quotes/201281754/composite SCHW -4.80% saw a surge in account openings in October, the month it eliminated trading commissions on stocks, exchange-traded funds and options.

And fund giant Vanguard on Thursday joined other brokers in eliminating trading commissions on all online stock and options trades (ETFs were already available commission-free).

It’s too early to tell for certain, but such accounts are likely to provide another source of equity demand, Emanuel said, adding that it seems likely the average age of the new account opener is younger than the typical brokerage-account profile.

That’s of particular interest with surveys showing millennials under-invested in equities compared with other generations, he said, noting the oldest baby boomers will turn 75 in 2020, while the oldest millennials turn 40, heading into their peak earning and savings years.

Surveys show millennials remain under-invested in stocks relative to other generations, but that’s likely to change, he argued, as millennials “begin to receive their inheritances from the boomers and realize that, in a time where both interest rates and likely inflation/inflation expectations are troughing, equities, as has been the case for the last 100 years, continue to represent the best alternative for wealth preservation and accumulation in a diversified investment portfolio.”

In other words, this time isn’t different.