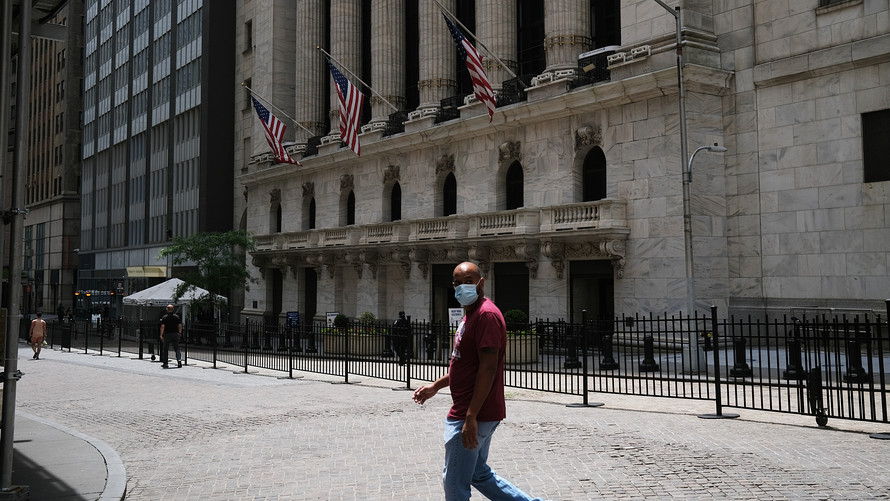 U.S. stock indexes closed modestly higher on Wednesday, as investors focused on COVID-19 vaccine hopes and early signs of an upswing in business activity during the pandemic.

Investors also bid equities higher as the first few corporate earnings reports for the second quarter have come in better than expected, even as the number of coronavirus cases rise in many U.S. states.

What did major indexes fare?

U.S. stock indexes finished higher Wednesday, as investors focused on the race for a coronavirus vaccine and a modest upswing in business activity during the pandemic, rather than rising cases of the deadly virus.

“Today is a vaccine day for sure. And that’s a marginal win for the bulls, but a big pushback is valuations,” he said. “Investors are concerned that we are way too high, relative to the economy.”

The Federal Reserve reported on Wednesday that economic activity increased in nearly all its districts from its prior report in May, but still was far below levels prior to the COVID-19 pandemic, according to the anecdotal account of business activity in the central bank’s regions, referred to as the Beige Book.

Business owners also said they were concerned about how long the pandemic might last, and whether a new wave of layoffs might be necessary if the economy doesn’t improve sharply and fresh fiscal stimulus isn’t provided.

Helping to offset those worries was news from Moderna Inc. (NAS:MRNA) , which said its coronavirus vaccine candidate produced a “robust” immune-system response in a larger group of people and that the study would move to a clinical trial in July.

“As the race for a COVID-19 vaccine makes progress, this has allowed investors to look beyond the surge in cases in the hope that economic recovery will continue to endure,” said Michael Arone, chief investment strategist at State Street Global Advisors, in an interview with MarketWatch.

Arone also sees “overly pessimistic” forecasts for the COVID-19 damage to corporate earnings. “I think companies can easily step over negative earnings expectations,” he said. “We could see some pleasant surprises in this earnings season, which could keep momentum for stocks going.”

Related : Major banks are hauling in ‘big fees’ from debt and equity underwriting during the coronavirus crisis

“The way bank earnings have been coming in has impressed me,” said Randall Eley, president and chief investment officer at Edgar Lomax Co in Alexandria, Virginia. “Overall, they just aren’t reporting the kind of negative numbers people feared.”

Eley also expects that today’s higher bank reserves, or the cushion lenders keep to buffer against any potential credit losses, will end up being “well beyond what will be needed.”

In other U.S. economic data Wednesday, the New York Reserve Bank’s regional Empire State Index for July posted its first positive reading since February. Industrial production in June jumped by 5.4%, on top of the 1.4% gain in May. Wall Street economists had forecast a 4.1% increase, according to a MarketWatch survey.

Philadelphia Fed President Patrick Harker also on Wednesday said he would support a change in monetary policy where the central bank would let the economy run hot until inflation rises above the central bank’s 2% annual target before lifting interest rates.

How did other markets trade

The yield on the benchmark 10-year Treasury note (XTUP:BX:TMUBMUSD10Y)  rose 1.5 basis points to 0.629%. Yields and bond prices move in opposite directions. The ICE U.S. Dollar Index (IFUS:DXY) , a measure of the currency against a basket of six major rivals, was off 0.2%.