NEW YORK (MarketWatch) -- Energy stocks moved lower on Monday despite a big merger in the oil service sector, as shares of Schlumberger fell.

Total SA CEO Christophe de Margerie on Monday said he'll continue to work to resolve a conflict surrounding a move to cut costs at one of the oil major's French refineries.

French labor leaders have called for the continuation of a Feb. 16 walkout in protest to Total SA's move last Sept. 15 to suspend operations at its Flanders refinery near Dunkirk in northern France. 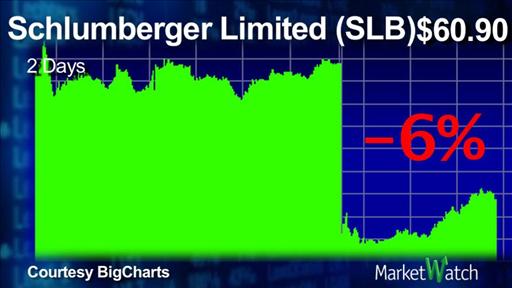 Meeting with reporters on Monday, De Margerie said no other refining operations will be affected in France.

The conglomerate is reacting to difficult conditions in the refining business, he said.

"We don't close things just to close them," he said. "You need to adapt and if you don't do it, you're not responsible."

Despite the red ink in the energy sector, shares of some small-cap ethanol makers rallied after Green Plains Renewable Energy Inc. /zigman2/quotes/204775795/composite GPRE +2.22% swung to a fourth-quarter profit.

"During 2009 and more recently, we have continued to see demand for ethanol increase driven by expanded mandates and positive blend margins," the company said. "This combined with a record corn harvest resulted in an improved margin environment in late 2009 and early 2010."

In an interview with MarketWatch, Green Plains CEO Todd Becker said demand for ethanol is increasing, partly because of rising federal standards requiring renewable fuels in the nation's gasoline.

Helped by lower corn prices, ethanol now costs about 38 cents a gallon less than gasoline, not counting an additional boost from a tax credit for wholesalers that blend the fuel with gasoline, he said.

Steve Gelsi is a reporter for MarketWatch in New York.