U.S. faces a potential ‘secession crisis’ at home and ‘open conflict’ with China in the coming decade, says author who predicted 2020 unrest 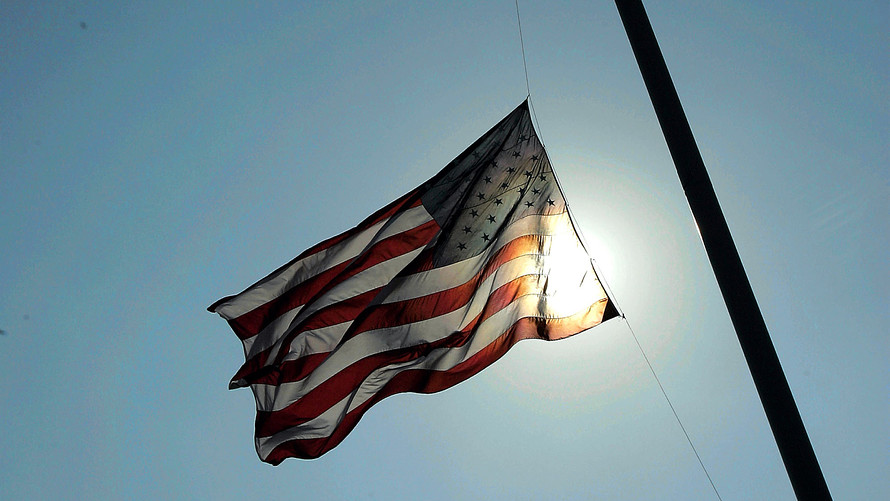 As scholars of demography and generational trends, Howe and his colleague, the late William Strauss, observed that every generation of Americans fits a particular archetype that influences the personality and practices of subsequent generations.

Think of the G.I. Generation — “The Greatest Generation” — who rose as one to victory in World War II and engineered America’s postwar economic boom; the Silent Generation, who never quite escaped from the G.I.’s long shadow; the postwar wave of baby boomers and Generation X, who trumpet the “Me Generation” of individualism and self-determination; and collectivist-minded millennials, born between 1982 and 2004, who came of age during two major economic recessions and ongoing financial insecurity, and who with each passing year hold the keys to the nation’s future.

Howe and Strauss concluded that every 70 to 80 years or so since the founding of the United States, this generational cycle reaches a tipping point. The crisis generation at such times — notably G.I.’s and now millennials — ultimately sweep away many established norms and institutions and open the gates to social, economic and political changes that carry the nation forward on a new path.

Howe and Strauss called this Phoenix-like era “The Fourth Turning,” and their influential 1997 book of the same title predicted that the U.S. would enter another Fourth Turning early in the 21st century.

The Fourth Turning actually is here, Howe says. It began around 2009 after the Great Financial Crisis, meaning that the U.S. is about halfway through this transformational and critical period. It’s hard to argue otherwise after a decade of tremendous upheaval that has created deep and often dark divisions in Americans’ lives and lifestyles.

If Howe is correct, we ain’t seen nothing yet. In this recent telephone interview, which has been edited for length and clarity, Howe, who now charts demographic trends for an investment research firm, says the coming decade will be one of “creative destruction” in the U.S.

The rocks and rapids that Americans will navigate won’t be so much right vs. left or red vs. blue, he says, but rather old vs. young: boomers and Generation Xers vs. millennials and the youngest Homeland Generation. This existential clash of generations — played out against the backdrop of the post-pandemic recovery, mounting personal and national debt, climate change and the rising power of China — will challenge and change what it means to be American.

MarketWatch: Fourth Turnings by nature are disruptive and disturbing, but out of the ashes can come rebirth and renewal. How might this current Fourth Turning in the U.S. reshape democracy and its institutions and ideals?

In this respect, we’re now witnessing a curious age reversal. During the pandemic, young adults have been most​ in favor of a top-down national policy that insists on strict and universal enforcement of mask wearing and testing and tracing. Look around the world, figure out what works, and implement it. This is remarkable, because it is directly contrary to their own self interest: Millennials are the least likely to get sick and die from COVID, and they’re the most likely in a government lockdown to lose their jobs. But remarkably they favor a strict policy a lot more than older people, who despite the greater threat to themselves tend to favor a less authoritarian response. Imagine if we’d had a pandemic back in the 1970s. In that case, it would have been the older G.I. generation insisting on mobilizing national agencies — and it would have been the young boomers raising their fists and saying “hell no.”

As for socialism, it’s no longer a “Bernie-bro” fantasy. Government this year has turned both workers and businesses into wards of the state. How are we going to manage that shift? So long as government is restructuring things, we’re going to think strategically — how much savings should America have, what should we do about student debt, infrastructure, urban planning, climate change. It’s now all on the table. Most Americans now favor universal forgiveness of student loans. There’s also a majority consensus that our health-care system needs a total makeover.

‘Don’t be surprised if, like in the 1930s, young people are attracted to undemocratic alternatives.’

What really concerns millennials is whether liberal democracy can actually perform. Around the world today, confidence in democracy is rapidly declining in the generation now coming of age, which is a major reason why it is drawn to populists on both the right and the left. The way millennials see it, democracies are failing to invest in the future. While they brilliantly protect the rights and entitlements of older people, they leave the next generation to fend for itself. In America, you can see that with college funding — rigged to extract maximum unsubsidized payments out of young people and turn them into indentured servants. And then there’s health care, whose growing and massive subsidies go almost entirely to old people.

Don’t be surprised if, like in the 1930s, young people are attracted to undemocratic alternatives. Sure, few in the west like the system in China because the PRC is a blatant violator of human rights. But young people dislike it less than older people. They look at a country that saves and invests 40% of their GDP, does a pretty good job maintaining jobs and growth, and knows how to create communities and build infrastructure. This is what millennials don’t see in America today. 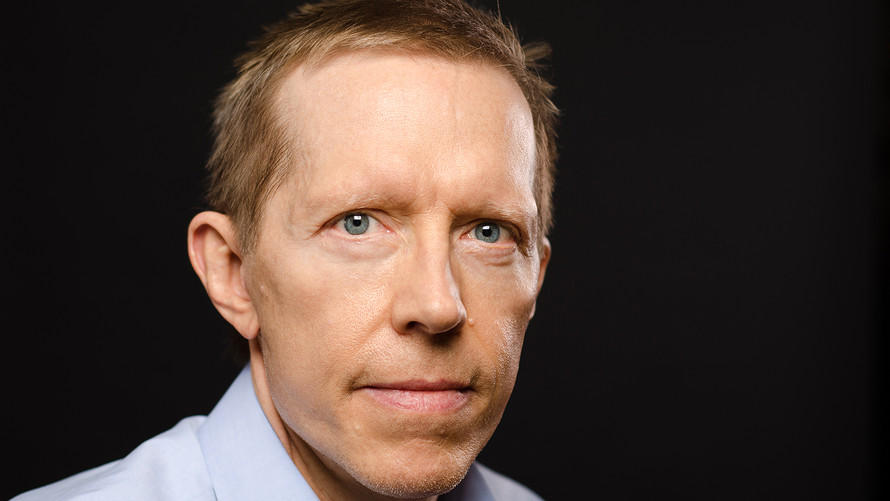 MarketWatch: Demographics dictate that millennials are going to wield more power and influence as boomers and Gen-Xers exit the stage. Except the older generations don’t seem to be leaving so gracefully. Is now the millennials’ time or must they wait a bit longer?

Howe: We may be seeing the beginning of this. The voting rate (as a share of eligible adults) surged to the highest level in a century in the off-year election of 2018. A rising share of Americans want one party to control all branches of government. Generation X and boomers have generally liked the idea of divided government, because it prevented either party from doing much. Gen-X is not connected politically; the idea of a government that couldn’t do much suited them fine. That’s changing now, for all generations. And millennials are at the cutting edge of this change.

Remember that 1932 was not nearly the decisive victory for Franklin Roosevelt that 1936 was. I’m not saying it’s going to play out the same way. But the millennial impact will become larger as they become energized, and you have 4 million adults every year becoming voter-eligible, and almost as many adults dying off at the other end. That can’t help but make a difference.

MarketWatch: Have boomers failed America, or did they simply play their archetypal role of laying the groundwork for the next crisis that a younger generation must face?

Howe: Every generation has strengths and weaknesses. I never judge generations. It is fair to say that every generation has certain strengths that are revealed by its coming-of-age experiences. Where everyone defers to boomers is their strength in the interior rather than the exterior of our society — the realm of culture, religion, art, vision and values. I know we’re all pretty sated on such things today, but what boomers brought to America in their youth seemed incredibly refreshing after the American High. A civic crisis, by contrast, is when society focuses on the outer world of politics, class, economics and infrastructure. Whenever we’re referring to recent civic events, we always talk about “post-World War II” America. But whenever we’re referring to cultural trends, we talk about “post-’60s” America.

This is the yin and yang between millennials and boomers, as it was between boomers and the dominant generation in charge when they were children, the G.I.s. Boomers are extremely influential in their own way. Boomers are necessary to give rise to millennials. And typically there arises a gray champion, so to speak, who helps mobilize the younger civic generation to become energized and engaged. Franklin Roosevelt was worshipped by Lyndon Johnson and so many of the G.I. Generation not because he was like them but because he was different. He articulated a vision. In any great creative task you need generations working together. You need visionaries guiding it, giving some idea of where you’re going to go, and you need a pragmatic hands-on generation to be the hands-on leaders. And then you need a civic generation like the millennials to create a sense of community. And all of this takes place in the Fourth Turning, in these crisis eras.

‘Fourth Turnings tend to change the axis of political division — what it means to be a conservative and a liberal.’

MarketWatch: What do these demographic and social shifts mean for the U.S. economy? Millennials’ values and ethos eventually will influence consumers, investors, the American social fabric, government intervention and how wealth is distributed. Millennials are considered a more collectivist generation as opposed to boomers’ individualism. Do you expect American millennials to create a more collective government and society?

Howe: Fourth Turnings tend to change the axis of political division — what it means to be a conservative and a liberal. In general, politics tends to turn economically and politically to the left and socially and culturally to the right. So if a more powerful government is going to give you new benefits — bailing out college loans for instance — then it’s going to make new demands of you. Citizenship is a two-way street based not only on getting but giving. Very often the way Republicans see it is that Democrats want to create a lot of no-strings-attached entitlements. I don’t think it plays out like that. There will be more benefits, government will be more involved with the economy, but more will be asked of citizens to participate, to serve and to make sacrifices.

‘Stiff antitrust rulings against Big Tech are just around the corner. And not just in Big Tech, but in pharmaceuticals, banking, food, transportation and other industries.’

MarketWatch: Where do you see major changes in U.S. government policy happening fastest over the next few years?

Howe: One good bellwether of which changes we’re going to see first is where we see both political parties leaning in the same direction. With such a polarized electorate, when both parties happen to favor something, it’s highly likely we’re going move that way.

Jonathan Burton is the investing editor for MarketWatch and covers investing strategies and mutual fund-related news from San Francisco. He also writes the...

Jonathan Burton is the investing editor for MarketWatch and covers investing strategies and mutual fund-related news from San Francisco. He also writes the "Life Savings" column. Previously he held contributing editor positions at Bloomberg Personal Finance, Mutual Funds and Individual Investor magazines, and was a reporter with the Far Eastern Economic Review and Investor's Business Daily. He is also the author of two books on investing.