Even in death, a New Yorker’s generosity goes on

Hospital worker Gary Washington and his wife gave of themselves to sick children; Rosalyn Washington continues that work alone now 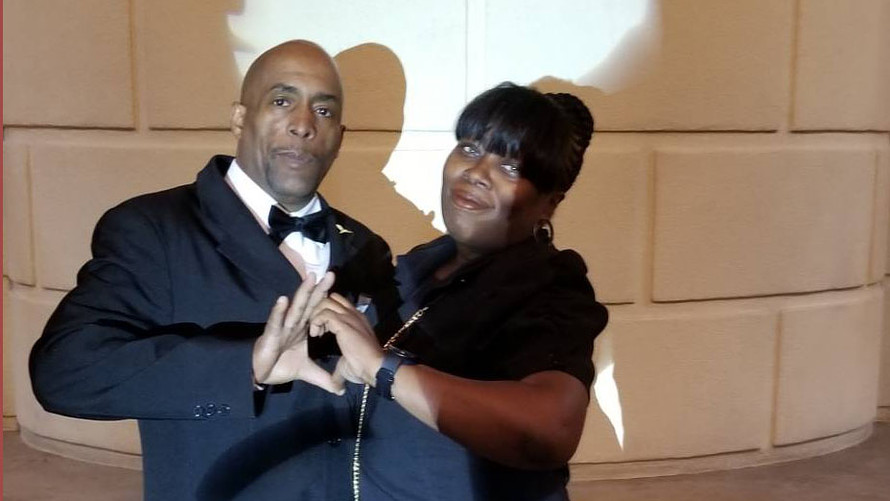 Just because the pandemic has been so devastating, doesn’t mean it’s safe to forget life’s many other needs. Rosalyn Washington knows more about that than most New Yorkers.

April 23 would have marked 25 years with Gary Washington, the love of her life and the father of her two grown children. But the famously generous Gary, whose job involved sanitizing the rooms of COVID patients at Upper Manhattan’s New York-Presbyterian Allen Hospital, was taken by the virus barely two weeks earlier at the age of 56, and of course his heartbroken Rosalyn hasn’t been able to hold a proper funeral for him.

“My husband is going to be cremated and come home to be with me,” she said from her South Bronx apartment, where her careful social distancing is so much lonelier now. “There was an option to have a service, three people every five minutes and then 10 people at the service and a live stream. How do you choose 10 people to be sitting there? My husband deserves better than that. He was the person who would light up wherever he was. You should have seen his Facebook page when he passed, all the people acknowledging him. I will have a memorial service when we go to whatever our normal can be, maybe months from now.”

April was a blur of a month at the hospital. As coronavirus admissions swamped the emergency department, patients on stretchers were lined up on the sidewalk outside. Gary and his environmental services colleagues worked frantically to rid the rooms of all infection, facing a virus that no one fully understood. The hospital was shaken again when Dr. Lorna Breen , one of the top emergency-room doctors, who had treated many coronavirus patients, took her own life on April 26 while visiting family in Virginia.

Gary followed the utmost precautions, Rosalyn said. “He would call me from work. I would say, ‘Be careful,’ and he would say, ‘OK, I got on two masks.’” At home, “he made sure we had masks, gloves and everything we needed for disinfecting purposes. When he came home, I would put my gloves on, take the Clorox /zigman2/quotes/206443229/composite CLX -0.87%   wipe and wipe down his phone, spray his keys with Lysol and wipe down his earpiece. Even before he got sick, I had the bleach and water solution. I’d be wiping down the doorknobs and light switches, and he’d be saying, ‘Not that one. We have Alexa Echo Dot.’ That became our norm since this started.”

And still, the virus got him.

It pains her when she sees people outside without masks on, Rosalyn said. “They have no idea how much they have to lose. We were perfect with each other, you hear me? Both of us were thankful for our blessings. We had the same passions, that’s what we had.”

At the top of that list? A charitable commitment to reach out to others in need. Through her husband’s fraternity, Iota Phi Theta, the couple began helping with New York fundraising events for St. Jude Children’s Research Hospital, which tackles the toughest childhood cancers and other catastrophic diseases. The Washingtons quickly became some of the pediatric treatment and research facility’s most ardent volunteers.

“We had a chance to meet some of the children,” whose parents are not charged for their care, Rosalyn said. “After that, there was no way we could stop volunteering.” One 4-year-old really stuck with them. “We saw her picture before we met her. She was dark with no hair. The little girl we met was lighter with short hair. Her hair was growing back in. My husband looked at her and, I don’t know, he got teary, and he had to leave. People didn’t know how sensitive he was.”

Now, as Rosalyn grieves the loss of her soul mate, she has hope for the future of that little girl.

She said she also hopes that people don’t forget all the other need that remains. “Everybody’s thinking about the virus,” she said, “but that’s not all there is. My husband understood that. That’s why he was always giving and giving some more.”

The sentiment did not go unnoticed at this uniquely difficult time.

Read more stories of the lives lost to the COVID-19 pandemic.

“We’re heartbroken for Rosalyn,” Richard Shadyac Jr., president and CEO of ALSAC, St. Jude’s fundraising organization said from his office in Memphis. “The world has lost a special soul who poured his heart into loving others, both on and off the clock. Both Gary and Rosalyn serve as a beacon of hope, showing the world what we can do when we come together to uplift the most vulnerable.”

As for Rosalyn, she promises to carry on in the spirit of the man she loved and the kindness he showed to everyone.

“Mother’s Day was a different level of tough,” she allowed. “You know how he always pampered me. I’d say, ‘Don’t buy me flowers. They’re too expensive, and they don’t last long when you get them on Mother’s Day.’ So he’d buy me Edible Arrangements. Ahhh! The freshest fruit ever, and the chocolate-covered fruit. Even though he normally would be working, he just made it great for me.”