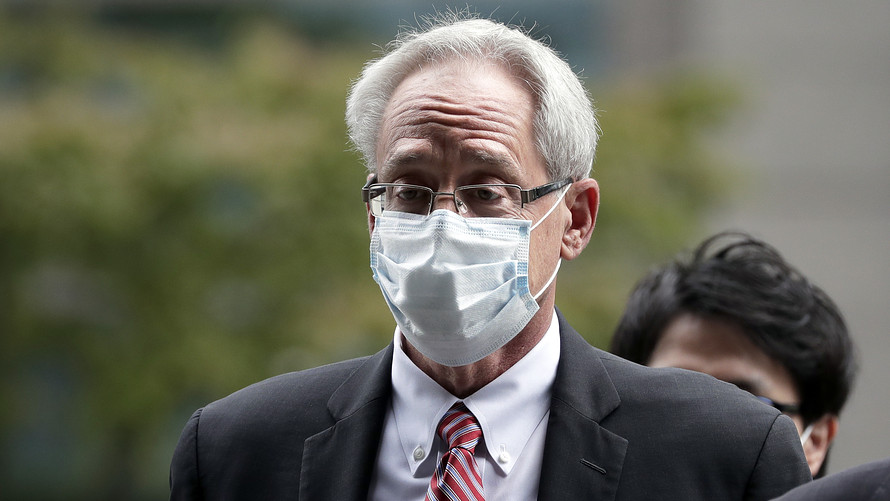 The charges being heard at Tokyo District Court center around Kelly’s alleged role in failing to report to Japanese authorities the future compensation of Ghosn, who led Nissan Motor Co. /zigman2/quotes/208298710/delayed JP:7201 -1.03%   for two decades.

Kelly pleaded not guilty to the charges.

Japanese prosecutors outlined allegations of what they said was a complex and clandestine scheme to pay former star executive Carlos Ghosn. Kelly denied the allegations and said everything that was done was intended to keep Ghosn, an “extraordinary executive,” at Nissan.

Ghosn was also arrested and charged two years ago but jumped bail while awaiting trial and fled to Lebanon late last year.

Kelly, who turned 64 on Tuesday, appeared in court before a panel of three judges headed by presiding Kenji Shimotsu.

Nissan as a company is also facing the same charges in the trial with Kelly. It has acknowledged guilt and is paying a 2.4 billion yen ($22.6 million) fine.

Its representative at the trial said the company would not contest the charges.

Ghosn has vigorously defended himself, saying he is innocent. The defense has argued Ghosn’s compensation was never agreed upon, let alone paid.

As is routine in Japanese trials, Tokyo District Prosecutors read from a long opening statement outlining their allegations.