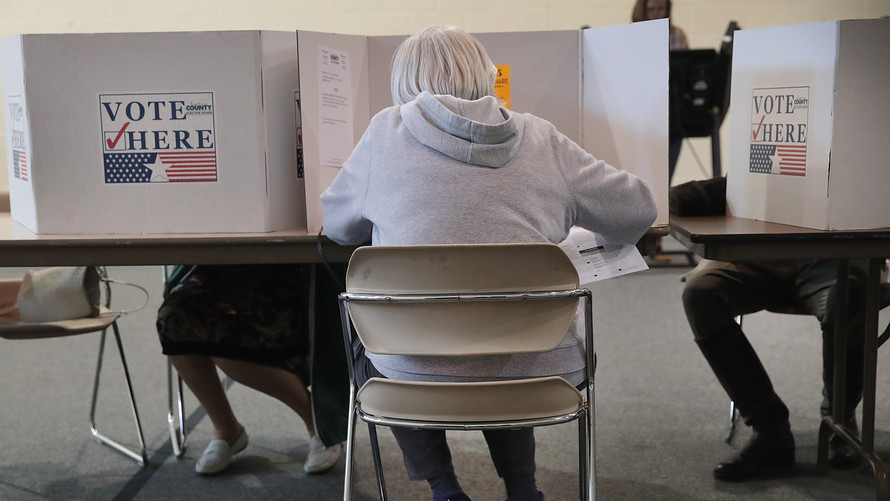 Health care ranked as the most important issue for voters in the 2018 midterm election, while immigration was No. 2 and the economy was third, according to preliminary results for exit polls.

Some 41% of voters picked health care as the top issue facing the country, compared with 23% favoring immigration, 21% picking the economy and 11% going with gun policy.

That comes after health care /zigman2/quotes/205918244/composite XLV +0.16% was the standout issue of Campaign 2018 in ads and candidates’ websites, as one MarketWatch report put it.

Voters tend to pay the economy less heed when it’s doing well, another recent MarketWatch report said. Even so, Republican House Speaker Paul Ryan had asked President Donald Trump to talk up the booming economy ahead of Election Day, rather than continuing to hammer on immigration-related matters.

Two of the Trump administration’s key economic policies didn’t get rave reviews from voters taking part in exit polls, a development that could bode well for Democrats. Regarding the big tax overhaul, some 45% said they had seen no impact from it, while 28% said they’d been helped and 23% said they’d been hurt.

Just 25% said Trump’s trade policies have helped their local economy, while 31% said they they’ve been hurt and 36% said they’ve seen no impact.

Some 44% of voters approve of Trump’s job performance, while 55% disapproved.