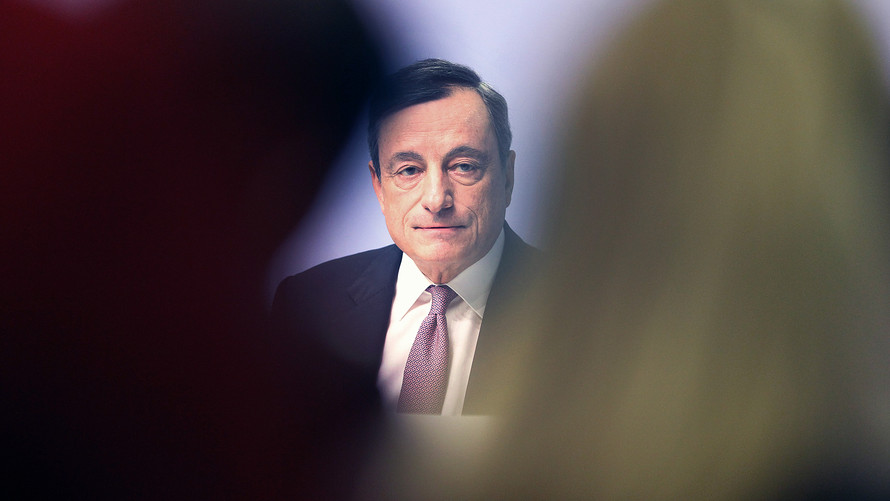 Brace for a dovish message at today’s European Central Bank meeting, say HSBC economists, who pointed to disappointing data and broader worries that could keep the central bank on its toes.

“The macro, and particularly inflation background, is getting more and more important for the ECB as it moves towards starting to normalize monetary policy,” said HSBC economists Fabio Balboni and Simon Wells, in a note last week.

After the ECB dropped the easing bias from its language in March, which previously said that should the economy deteriorate the asset purchasing program would be boosted again, this meeting should be somewhat uneventful.

And as it “said on multiple occasions, if it wants to be in a position to wind down [quantitative easing] and eventually start rising rates, it must avoid a premature and ‘unwarranted’ tightening of financial conditions. Staying very dovish, for now, is the best way to avoid that,” the economists wrote.

Of late, inflation has been held back by a sharp fall in core industrial goods inflation, Balboni and Wells said. More important, from the ECB's perspective, it remains subdued for the moment. In March, core inflation stood at 1%, compared with the central bank’s target of near but just below 2%, which should be reached in 2020, according to the central bank’s own forecast. Maintaining price stability is the ECB’s sole mandate.

Over the coming months, Balboni and Wells said, “we might see more of a drag from the past euro appreciation.” The shared currency /zigman2/quotes/210561242/realtime/sampled EURUSD +0.3298% has strengthened 3.1% versus the U.S. dollar in the year-to-date, following a 14% jump last year.

Besides inflation, other economic data has also disappointed of late. Industrial production across the eurozone, for example, dropped 0.8% in February, undercutting expectations. Both French manufacturing and German construction data also lagged in recent weeks.

Moreover, uncertainty surrounding Italy’s politics, geopolitical flare-ups around the globe, as well as protectionist threats and trade concerns, are keeping any rate hike optimism in check for the minute.

“So far, most ECB council members do not appear to be overly concerned about growth slowing sharply and have been keen to note that the starting point at the end of last year was pretty high,” the economists said. “However, we suspect some members, particularly from the weakest economies in the area, will be more concerned—particularly given the high reliance of growth on exports recently.”

But it’s not all doves and no hawks.

Earlier this month, for example, ECB Governing Council member Ewald Nowotny sparked a euro jump when he told Reuters that he expected the end of the central bank’s asset purchasing program this year, which could be accompanied by a 20 basis point hike in its deposit rate rather than the 10 basis point hike expected by March.