Fixes name of the plane in the headline. 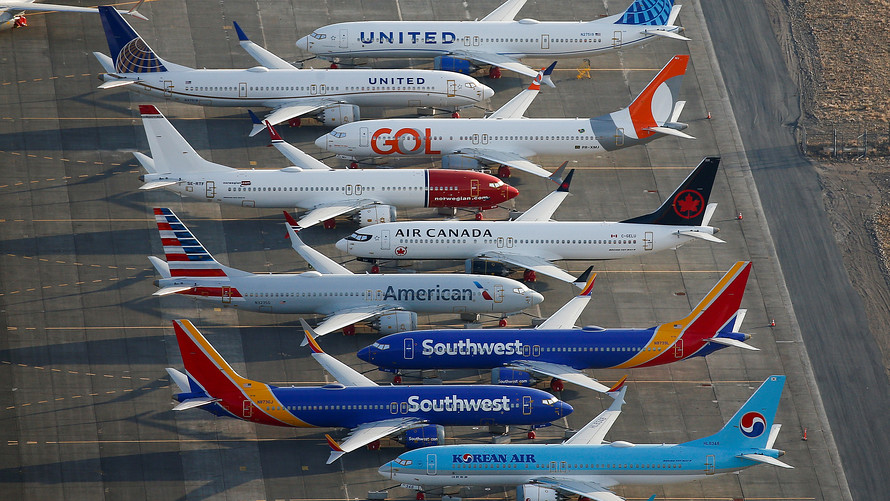 Federal regulators on Monday outlined a list of design changes they will require in the Boeing 737 Max to fix safety issues that were discovered after two deadly crashes that led to the worldwide grounding of the plane.

The Federal Aviation Administration proposed software changes to a flight-control system implicated in the crashes. It also plans to require a warning light to pilots that wasn’t working on the planes that crashed, changes to on-board computers, and the rerouting of some wiring.

The document and an accompanying 95-page summary, following an 18-month review, provide the most detailed look yet at the FAA’s examination of factors that contributed to the crashes, which killed 346 people.

It is not clear when the FAA will lift its March 2019 order grounding all Max jets, which followed similar orders by regulators in the rest of the world. Boeing officials said last week they hope to win regulatory approval to resume deliveries of completed Max jets in the fourth quarter of this year.

“We’re continuing to make steady progress towards the safe return to service, working closely with the FAA and other global regulators,” said Boeing spokesman Bernard Choi. “While we still have a lot of work in front of us, this is an important milestone in the certification process.”

Airlines began using the Max in 2017. There were nearly 400 in service when the planes were grounded after a 2018 crash in Indonesia and a 2019 crash in Ethiopia. Investigators have pointed to the role played by flight-control software called MCAS that pushed the noses of the planes down based on faulty sensor readings.

The FAA will require more redundancy in the plane’s design to improve safety, including linking MCAS to two sensors instead of one. Both crashes occurred after the system pushed the plane’s nose down in response to a single misfiring sensor. The agency will require an alert to warn pilots if there appears to a problem with the sensors.

The FAA also plans to make MCAS less powerful so that pilots can respond if it mistakenly pushes the plane’s nose down. Pilots — who didn’t know about MCAS until after the first crash — would also receive more training.

The public will now get 45 days to comment, after which FAA is expected to publish a final rule for operating the Max. Airlines are expected to take several more weeks after that to train pilots and retrofit planes that have been parked for more than 16 months. The FAA said that when its work is done, “the 737 MAX will be safe to operate and meet FAA certification standards.”

Chicago-based Boeing /zigman2/quotes/208579720/composite BA +0.84%   began working on some of the changes shortly after the first crash, in October 2018. Peter Lemme, a former Boeing engineer who has written extensively about the plane and the crashes, said the FAA review was thorough and that Boeing was slow to take a comprehensive look at fixing the plane.

“Every two months they acquiesced and said, ‘OK, fine, we’ll put this feature in,’ instead of starting at the front and saying, ‘Let’s shake the rug and get this right,’” Lemme said. “It was a Band-Aid approach.”

Lemme said Boeing’s critical mistake was in assuming that it was fine for MCAS to rely on a single sensor instead of two, which is where the new design ended up.

The Max was once Boeing’s best-selling plane, but the crashes and subsequent grounding turned it into a disaster to the company’s reputation and finances. Internal emails showed employees worrying about safety and bragging about deceiving regulators. Surveys show a significant number of travelers are hesitant about flying on the plane.

Max-related costs drove Boeing to a $636 million loss last year, the first since 1997. So far this year, Boeing has suffered 382 order cancellations and dropped another 323 from its backlog because the sales are uncertain. Almost all were Max orders.

Many airlines have stood by Boeing and the Max, however. Southwest, Boeing’s biggest customer, is still committed to the plane and looks forward to its return, airline CEO Gary Kelly said last month. Boeing paid Southwest /zigman2/quotes/201071949/composite LUV +2.95%   $428 million in compensation last year over the Max grounding.