Here’s why the U.K. has a high COVID-19 death rate as face coverings become mandatory on England’s trains, buses and trams

Passengers who refuse to comply will be denied access or fined as the U.K. government said face coverings will be required 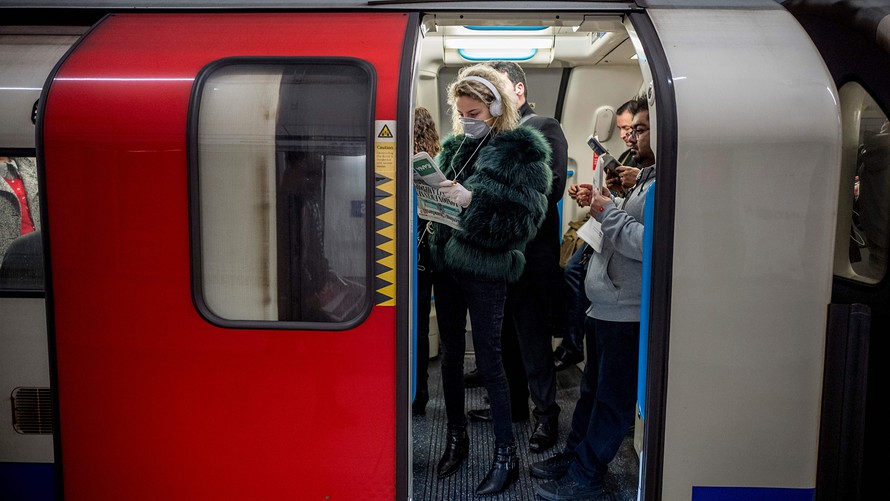 Face coverings are to become mandatory on England’s trains, buses and trams, the U.K. government said Thursday, warning that passengers who refuse to comply will be denied access or fined.

This is a contrast to the U.S. where there has been resistance to similar requirements in some states and cities. Mike DeWine, the Republican governor of Ohio, had to reverse an order requiring citizens to cover their faces in public as the state eased its lockdown, as did officials in Oklahoma. Last month, New York Gov. Andrew Cuomo had said it was “disrespectful” for people to refuse to wear a mask in public, while Robert Redfield, the Trump-appointed director of the Centers for Disease Control and Prevention, said guidance on wearing a mask was “being critically re-reviewed.”

Read: Germany requires everyone to wear a face mask as coronavirus spreads

In England, transport secretary Grant Shapps said that beginning June 15, a date when nonessential shops reopen and more children return to schools, all citizens will be required to wear some form of face covering when using buses, trams, trains, ferries and aircraft. This is something already required in Spain and Italy.

In the U.K. this does not have to specifically be a mask, but it does need to be some form of face covering, Shapps said, adding that exemptions would include very young children, the disabled and people with breathing issues.

“The evidence suggests that wearing face coverings offers some, albeit limited, protection, against the spread of the virus,” said Shapps. “That doesn’t mean surgical masks, which we must keep for clinical settings, it means the kind of face covering you can easily make at home.”

Scotland, Wales and Northern Ireland will make their own decision on face coverings, which means passengers who start their journey in one territory will be confronted with different rules as they pass across borders.

Shapps gave an update on the health of business secretary Alok Sharma, who was taken ill while speaking to politicians in the House of Commons, saying he was working from home and doing fine. He was tested for coronavirus and results disclosed late Thursday showed he had tested negative.

There had been fears that if Sharma had tested positive, Prime Minister Boris Johnson and key ministers would have had to self-isolate.

Thursday’s daily fatality figure showed 176 people confirmed with a positive test died, the lowest number since March. The total number of fatalities is 39,904, a figure that is likely to exceed 40,000 on Friday.

On Wednesday, the daily fatality figure was 359 which exceeded the combined total of deaths reported in all 27 EU countries. While some have politicized the U.K.’s high death rate, the spread in each country is influenced by a unique set of factors.

There are few EU countries with an urban city as densely packed and with such a global population as London.

In Germany, the virus was initially caught by its young and generally fit citizens, which meant the impact was less fatal. The U.K.’s high obesity rate has been a significant aspect.

It is also not possible to accurately compare figures among different countries because some exclude many of their dead.

The U.K. includes fatalities who tested positive for coronavirus whether in hospitals or not, as well as cases where COVID-19 was cited as a contributory factor, or the cause, on the death certificate.

This is more comprehensive than Spain, which has only counted deaths of people tested in hospitals. In Italy, meanwhile, only deaths of people who tested positive are disclosed and this does not always include care homes, and France has also been accused of under reporting.