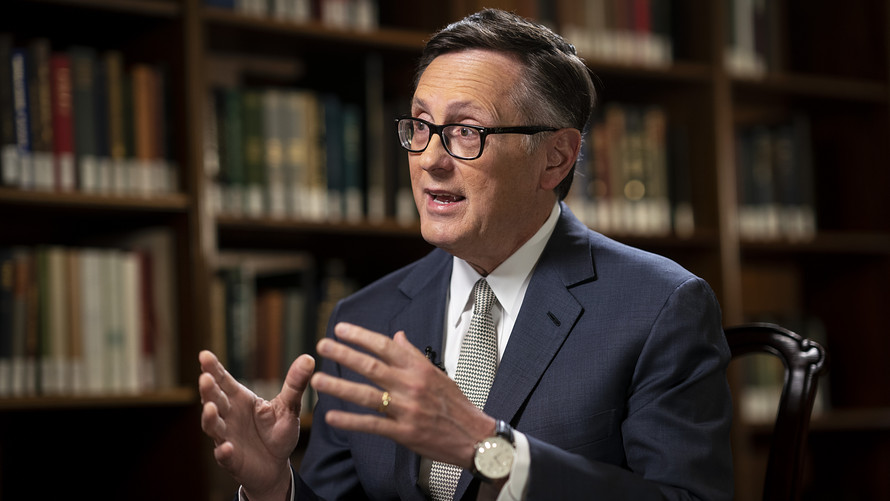 Bloomberg
Richard Clarida, vice chairman of the Federal Reserve, said the central bank needed a better approach to dealing with inflation given major changes in the U.S. and world economies.

A top Federal Reserve official on Monday said a groundbreaking shift in how the central bank sets U.S. interest rates stems from the persistent failure of longstanding models to accurately predict the path of inflation.

Richard Clarida, vice chairman of the Fed, laid out the reasons why the bank broke with decades of tradition last week to adopt an inflation-averaging strategy that could result in interest rates staying low for longer periods.

No longer will a rising or falling unemployment rate, he said, largely dictate what the Fed does. Nor will the Fed raise rates simply because inflation rises to 2% or higher. Instead the bank will seek to ensure inflation averages 2% over an extended period.

”Times change, as has the economic landscape, and our framework and strategy need to change as well,” Clarida said.

Clarida noted the long-term link between prices and the unemployment rate, known to economists as the Phillips curve, began to lose its predictive power more than a decade ago amid a broad shift in the global economy that ushered in an era of hyper-competition and low inflation.

Even as unemployment declined to modern lows, he noted, inflation barely budged and remained surprisingly tame.

Yet bound in part by the dictates of its traditional approach, the central bank from 2015 to 2019 lifted the fed-funds rate to as high as 2.5% from the near-zero level that long prevailed in the aftermath of the 2007-09 Great Recession. The cost of many business and consumer loans are tied to the fed-funds rate.

The steady increase in interest rates coincided with a decline in U.S. unemployment to 3.5% from 5%, a rate historically associated with higher inflation.

Inflation during that period remained remarkably low, however, only briefly breaking above bank’s 2% target in 2018, based on the Fed’s preferred PCE price index.

The Fed probably wouldn’t have raised rates as quickly or as sharply as it did had its new strategy been in place, Clarida implied.

“Economic models of maximum employment, while essential inputs to monetary policy, can be and have been wrong,” he said in a virtual speech to the Peterson Institute in Washington, D.C.

By law the Fed is tasked with maintaining stable inflation and maximum employment. The Fed’s new inflation-averaging strategy, he said, will give the central bank more flexibility to achieve those goals without tying its hands, especially during times of economic crisis like the one facing the U.S. now.

The U.S. fell in a deep recession after the coronavirus pandemic struck in March, putting millions of people out of work and pushing the official unemployment rate to a post-World War II high 14.7%. The Fed responded by slashing a key interest rate to near zero, buying trillions in assets and making loans available to endangered businesses.

What the Fed wants to avoid in the future is raising rates too early in a recovery or raising them too high, Clarida said, choking off economic growth even when inflation poses little threat.

Even before the Fed adopted its new strategy last week, the bank under current Chairman Jerome Powell and his immediate predecessors has shown more flexibility and a tolerance for somewhat higher inflation. The central bank has also signaling for months that it would change course.