Steven Soderbergh helped the world imagine pandemics. Now he wants to introduce you to Bolivian booze

The Oscar-winner who directed ‘Contagion’ is behind Singani 63 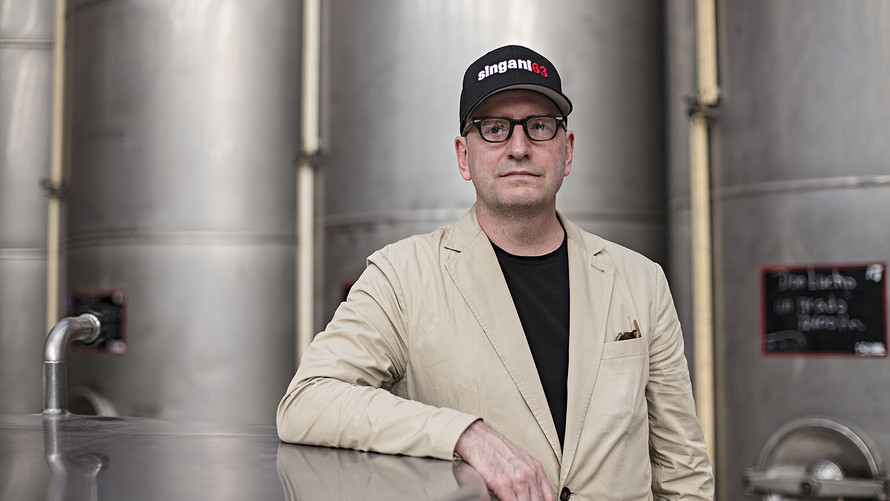 Singani 63
The film director who helped the world imagine pandemics with his movie 'Contagion' now wants the world to embrace a Bolivian spirit called singani.

The back story: Filmmaker Steven Soderbergh is famous for many things: his remarkable debut picture “Sex, Lies and Videotape” (1989), his Oscar-winning turn as director of the crime drama “Traffic” (2000), his madcap series of “Ocean’s” heist pictures with George Clooney, Brad Pitt and others. And let’s not forget “Contagion” (2011), his prescient look at how the world would be upended by a deadly pandemic.

But away from the camera, Soderbergh has another mission: making an obscure Bolivian spirit a global favorite.

The spirit is called singani — Soderbergh’s brand is Singani 63 — and it’s similar to an unaged brandy (or what’s also called an eau de vie). That is, it’s made from fruit — in this case a special grape variety, sourced from high in the Andes mountains

Soderbergh came upon singani while working on the two-part biopic “Che” (2008) about the Argentinian-born Marxist leader Ernesto “Che” Guevara. Until then, “I was a vodka drinker, basically,” he told us. But he found something beguiling about the sip — specifically, its floral bouquet and the “very complex activity that goes on in your palate” as you enjoy it. But given that the product is extremely hard to find, particularly in the U.S., he soon decided to launch his own brand.

The filmmaker admits that, at first, he didn’t know exactly what he was doing. “I found myself with 250 cases in a warehouse in New Jersey with no plan,” he says. But over time, he has built a small market for Singani 63, particularly through some of his quirky promotional efforts. He has a tongue-in-cheek sales sheet for the brand that includes bon mots like this: “I know Singani 63 is an exceptional product the same way I know they faked the moon landing and Marilyn Monroe was actually a man. Trust me on this.”

These days, Soderbergh is still making movies, but also still promoting Singani 63. And sometimes, he combines his passions. He now has a video series , called “Stir Crazy,” that features prominent mixologists showcasing cocktails made with Singani 63.

Oh, and Soderbergh isn’t gloating over the fact that his movie “Contagion” basically predicted the current pandemic. He says the possibility was obvious to anyone who paid attention to the warning signs from the health community. “This is the walking definition of something you’ve seen coming,” he says.

What we think about it: Singani 63 is indeed a beguiling spirit — warming to the tongue and full of delicate herbaceous flavors. We think of it as a pleasing digestif, something on which to end a meal on a comforting note.

How to enjoy it: Yes, you can have Singani 63 as an after-dinner sip. But Soderbergh would also like you to consider it as a base spirit for any number of mixed drinks. The brand website offers possibilities ranging from a variation of the Vesper cocktail to something called the Bolivian 63.