And it’s not just people over 65, a new survey reveals 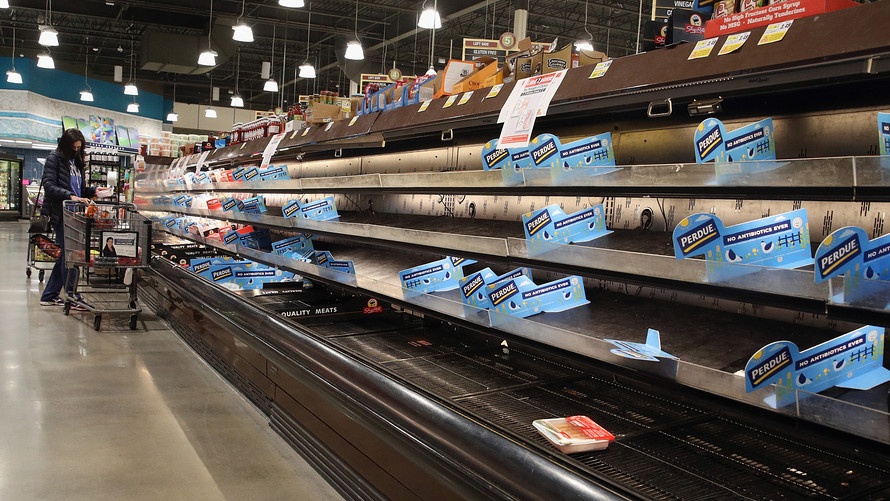 Americans in their 50s and early 60s are 70% more likely to skip meals or go hungry to save money than those over 65, according to a new survey.

And that was even before the coronavirus crisis sent everyone’s finances into a tailspin.

More than one person in six aged 50 to 64 was “food insecure” during 2019, according to new research by the University of Michigan , meaning that they didn’t have consistent access to affordable, healthy food, and at times they didn’t eat as much as they needed to because of a shortage of money. That dropped to 10%—still an alarming level—or those aged 65 to 80.

It suggests that many Americans are facing a sharp budget pinch in late middle age ­— after they’ve been downsized or downshifted, but before they retire on Social Security and Medicare.

And across the board the rates are much worse for those who earn less, for people of color, and for those with lower levels of formal education, the polls found. For example, across the full age span surveyed from 50 to 80, one person in three with an income below $30,000 a year was food insecure last year.

Those who graduated college were only a third as likely to have been food insecure as those whose formal education ended at high school.

The surprising rate of food skipping among those in late middle age raises a distressing issue for the economy. Age discrimination at work is illegal, yet it happens time and again. Many workers are sloughed off by their early 50s, and struggle to find a new job. Yet they must somehow battle through to 62 before they become eligible for Social Security—even if they are desperate enough to take it early. And they must wait till they are 65 to become eligible for Medicare.

Meanwhile, those over 65 who are in need face a different set of issues, including not just poverty but also isolation and lower mobility. An older person living alone is more likely to neglect their diet, and may find it harder getting to the store.

The federal government argues that poverty rates among people over age 65 have collapsed in the past 50 years, thanks to the vast increase in national income and to greater government programs. It estimates that 9.2% of senior citizens live under its official poverty line.

However, that poverty level is low: Just $12,000 a year for a single person — $30 a day—and $15,000 a year for a retired couple, it says. A slightly less extreme definition of poverty, designed to reflect a broader set of expenses, puts the rate among people over age 65 around 14%.

On the more positive front, the Tufts University recommended “food pyramid” for older people largely consists of inexpensive foods—from lentils, canned tuna and egg to pasta, rice, oatmeal, bananas and raisins. Fruit and vegetables tend to cost more, but a pound of organic, fresh-frozen vegetables is still just $2 . This suggests more and better nutrition information could also help those in need.