Freddie Mac may need another taxpayer bailout this week 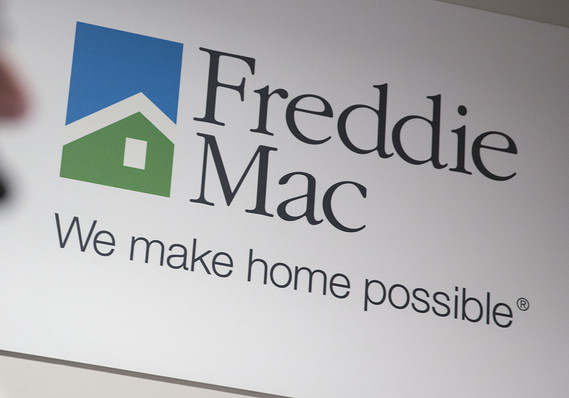 Freddie Mac /zigman2/quotes/202741363/delayed FMCC -6.54%  is expected to report a loss when it announces first-quarter earnings before the bell on Tuesday. That’s bad news for any public company, but especially critical for the mortgage provider because of its tangled history with the federal government.

Freddie and its counterpart, Fannie Mae /zigman2/quotes/208846331/delayed FNMA -6.83% , were put into conservatorship in 2008 as the mortgage meltdown ensnared the financial system. They have lingered as wards of the state ever since. The Treasury Department modified the deal in 2012, requiring Fannie and Freddie to send all quarterly profits to the government — and shrink their reserves to zero by 2018.

As Mel Watt, the chairman of Fannie and Freddie’s regulator, put it in a speech in February, Fannie and Freddie are quickly approaching the point where they won’t be able to weather quarterly losses without going back to the Treasury for taxpayer dollars.

There are many reasons Freddie and Fannie could lose money in any given quarter, Watt noted, including the fact that the enterprises now stand to make less income on the portfolios they’re required to shrink. What many analysts are watching for this time, though, is the use of interest-rate derivatives.

Freddie has used such instruments to hedge against big swings in interest rates and their value can fluctuate unpredictably. (Fannie relies more on the issuance of longer-term debt to guard against short-term interest-rate swings.)

Derivatives have gone bad for Freddie before. In the third quarter of last year, it reported a $475 million loss, the first negative quarter in four years, when rates plunged. Freddie did not need to tap Treasury for more funds, but neither did it remit money to the government.

Read : Fannie and Freddie rally on report that Treasury knew of profitability at time of sweep

Bank analyst Richard Bove speculated about the possibility of a first-quarter loss in a recent note. “It is impossible for an outsider to predict what this will do to Freddie Mac earnings but it is not unrealistic to assume a loss of $2 billion plus in derivatives (it could be as high as $4 billion or more). At the $2 billion plus level, Freddie Mac’s pretax earnings would be negative $749 million,” Bove, vice president of equity research at Rafferty Capital Markets, wrote.

Spokeswomen for Freddie and its regulator, the Federal Housing Finance Agency , declined to comment.

A Treasury draw is a possibility, Moody’s Analytics Chief Economist Mark Zandi told MarketWatch, although he thinks the chance of one is “less than 50-50.”

The 10-year Treasury declined 49 basis points in the first quarter, far more than the 29-basis point drop that caused Freddie’s loss last year, noted Laurie Goodman, director of the Housing Finance Policy Center at the Urban Institute. (A basis point is one one-hundredth of a percentage point.)

More important than the results from one quarter are Freddie’s steadily shrinking reserves, according to Goodman and Zandi.

“As capital continues to go down it makes it more likely that they end up with a draw,” Goodman said.

Zandi, who co-wrote a proposal for reforming Freddie and Fannie in March, thinks a loss will help make the case that change is needed. “It may light a fire under lawmakers,” he said. “They clearly don’t want to be in the position of giving Fannie or Freddie…another handout from taxpayers.”

But both he and Goodman think a real overhaul of Fannie and Freddie that would get them out of the current limbo isn’t in the cards for some time. It may even take a crisis to spur lawmakers to act, Goodman said. That may be too late, Zandi noted, making another bailout — and more housing-market pain — inevitable.

“The catalyst can’t be the next recession because [Fannie and Freddie] will be out of capital by then.”

This story was first published on April 21.

Get news alerts on Freddie Mac and Fannie Mae — or create your own.