FTSE 100 ends with gain, led higher by leap for Sainsbury’s 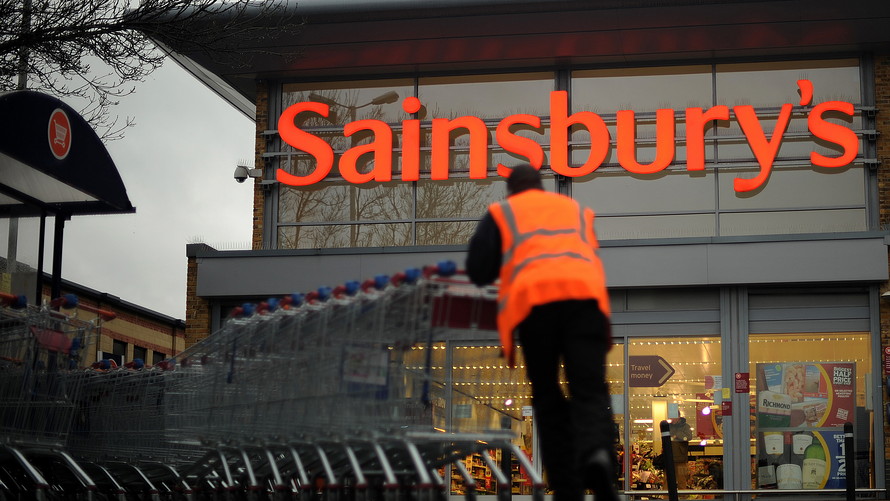 AFP/Getty Images
An employee moves shopping trolleys in front of a Sainsbury's store in London.

The FTSE 100 has scored five weekly gains in a row, helped in recent sessions by the pound’s drop, which has been fueled by disappointing readings on the U.K. economy. The releases have dampened the case for an interest-rate increase from the Bank of England when its policy makers next meet in May.

A weaker pound tends to boost the British blue-chip index, as its many multinational companies generate most of their sales in foreign currencies.

The FTSE 100 was getting an additional lift on Monday from a leap for Sainsbury shares on the deal news, helping the London benchmark cut its year-to-date drop to 2.3%. In April, the FTSE jumped 6.4%.

Traders also tracked the latest upheaval within the U.K. government, which now has lost four cabinet ministers in six months. Prime Minister Theresa May on Monday appointed Sajid Javid to the post of home secretary, replacing Amber Rudd, who resigned over misleading Parliament over the existence of targets for expelling illegal immigrants.

The U.K. supermarket said that Walmart will hold 42% of the combined business and will receive £3 billion as part of the deal, valuing Asda at around £7 billion. The deal, if completed, would create the Britain’s largest supermarket chain, with 2,800 stores and 27% of market share, so will likely draw antitrust scrutiny from regulators.

Shares of rival grocer Tesco PLC (LON:UK:TSCO) fell 0.9%. Walmart shares (NYS:WMT) were up 2% about midway through the U.S. session.

WPP PLC shares (LON:UK:WPP) soared 8.6% for the FTSE 100’s second-biggest rise after the advertising giant posted first-quarter profit that beat forecasts, in the first earnings report after the departure of Martin Sorrell as chief executive.

Glencore PLC (LON:UK:GLEN)   (OTC:GLCNF) fell 5% after two of the miner’s businesses in the Democratic Republic of the Congo on Friday were served freezing orders for around $3 billion.

“This £15 billion deal, if agreed and approved by the competition and markets agency, potentially with just some disposals at a local level, could change the landscape of the sector dramatically, creating a more powerful rival to market leader Tesco,” said Jasper Lawler, head of research at London Capital Group, in a note, referring to the planned Sainsbury-Asda tie-up.