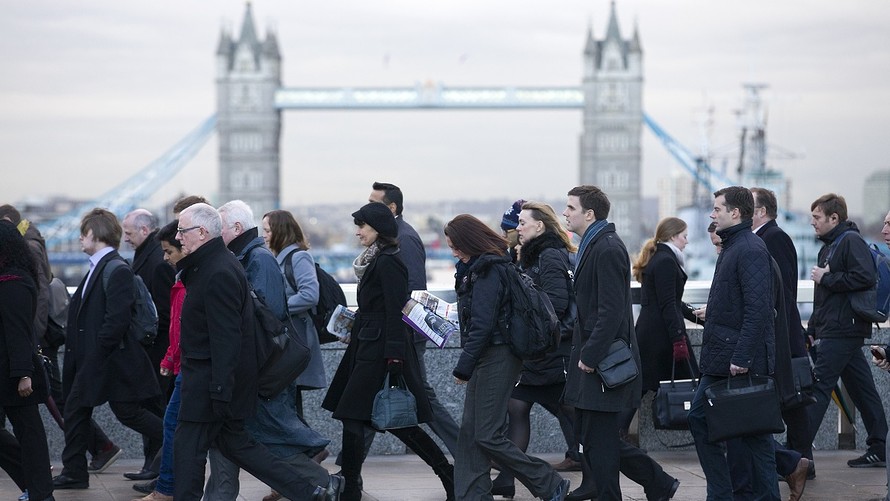 U.K. stocks barely finished in positive territory Thursday, but managed to log its best close in nearly a month as crude futures extended their recent gains.

London stocks had been switching between small gains and losses throughout the day as major oil companies scored a lift from a rally in Brent crude-oil prices, surging above $50 a barrel. But energy names pulled back a touch as crude prices retreated from their highs.

On Wednesday, the blue-chip benchmark /zigman2/quotes/210598409/delayed UK:UKX -0.02% rose 0.7% and finished at its highest since April 28. The London benchmark has gained 1.8% so far this week, which would mark its biggest weekly rise since mid-April.

Early in the session, oil names were on the rise after Brent crude  topped $50 a barrel for the first time since November after U.S. data showed a larger-than-expected decline in weekly stockpiles. West Texas Intermediate oil /zigman2/quotes/209725316/delayed CLN26 0.00%  during Thursday’s session also made it over the $50 hurdle. Both grades of crude came off their highs, which coincided with energy shares losing some ground.

“The FTSE is consolidating gains after having hit a four-week high yesterday. The 200-day moving average, 6,145, is expected to lend a base to pullbacks for a potential expansion toward the 6,300 on recovery in energy prices,” said Ipek Ozkardeskaya, market analyst at London Capital Group, in a note.

Read: Why oil jumping above $50 is actually disastrous for crude

Sterling: Meanwhile, the pound slipped after a second reading of U.K. gross domestic product growth in the first quarter.

The ONS also said U.K. business investment declined 0.5% in the first quarter, driven by a pullback in nonresidential real-estate investment. The figures arrived ahead of the June 23 in/out referendum on whether Britain should stay in the European Union.

“If the U.K. were to remain in the EU, we could easily see the pound rally to $1.50 or $1.51,” he said. But “the reason I’m not saying it will rally higher is because I think the market is pricing in already a ‘remain’ result,” said Markos Solomou, chief marketing officer at EasyMarkets.

But “if it’s a Brexit, I see [the pound at] $1.35, easy. There will be lots of confusion,” and such a move could take place within the day the result is released, he said. The Electoral Commission expects a vote result on the morning of June 24.

As for equities, stocks on the midcap FTSE 250 “will react more negatively to a Brexit” than constituents on the FTSE 100, Solomou said. The FTSE 100 “would act as some kind of hedge to jump into global companies that may not be really affected by the local economy,” he said.