“We are getting a lot of enthusiasm from the risk-on trade,” said James Cordier, a portfolio manager at Optionsellers.com.

Gold has been trading alongside other asset classes for the better part of two years, and with Friday’s positive macroeconomic data and the pop for U.S. stocks kept that trend going, he added.

Moreover, the metal was oversold after its losing spell, Cordier said.

Such losses came as the Federal Reserve and the European Central Bank leaders disappointed investors by not detailing any immediate plans to spur economic growth in the U.S. or curb the sovereign-debt crisis in the euro zone.

Some saw a silver lining, however.

“Given the disappointment at the ECB’s failure to act and the sharp fall in prices of other commodities, yesterday’s drop in the gold price was actually fairly moderate,” analysts at Commerzbank said in a note to clients.

“We see this as a sign of relative strength, and are still confident that the fears about the financial system, the geopolitical risks, the low and in some cases negative real interest rates, coupled with a ‘currency war’ and continued interest on the part of investors and central banks, create a positive environment for gold’s traditional role as capital protection,” they said. 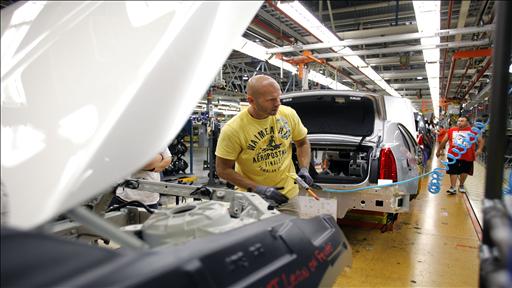 July jobs report: Will it please markets, the Fed?

A look at how the markets and the Federal Reserve reacted to the July jobs report.

Dips below $1,600 an ounce are likely to be viewed as “an attractive opportunity to buy,” the analysts said, adding they foresee “a significant increase” in the price of gold during the second half of the year.

Meanwhile, U.S. employment outside the farm sector grew by 163,000 workers in July, the Labor Department said. That outpaced expectations of a rise of about 100,000 for nonfarm payrolls and was the fastest pace of job growth since February. Read more about payrolls.

A weaker dollar is a positive for gold and other dollar-denominated commodities as it makes them cheaper to holders of other currencies. For gold, it adds another layer of support since the metal is often viewed as an alternative to the currency.

Claudia Assis is a San Francisco-based reporter for MarketWatch.