SAN FRANCISCO (MarketWatch) — Gold futures settled lower Tuesday, giving back some of the previous session’s gains and feeling the pinch of a higher dollar amid renewed concerns about the euro zone.

Traders reacted negatively to news Italy’s prime minister, Mario Monti, said he couldn’t rule out the country needing more from the euro zone’s rescue fund, and a German court reportedly could take more than three months to rule on the country’s participation in funding the European Stability Mechanism. The ESM was expected to be operational July 1.

The dollar traded at a two-year high compared to the euro, and a higher U.S. unit is detrimental to gold and other dollar-denominated commodities as it makes them more expensive to holders of other currencies, dimming their appeal.

A few traders also stayed to the sidelines as they awaited minutes, due Wednesday, from the most recent Federal Reserve meeting setting monetary policy and interest rates.

Gold prices had traded higher after the Bank of Japan said it will increase asset purchases to help beat deflation.

“Banks are now starting to pick up gold, given the amount of monetary stimulus pumped in across various economies across the world,” said Michael Hewson, senior market analyst at CMC Markets. “They’re trying to mitigate currency exposure and currency depreciation.” 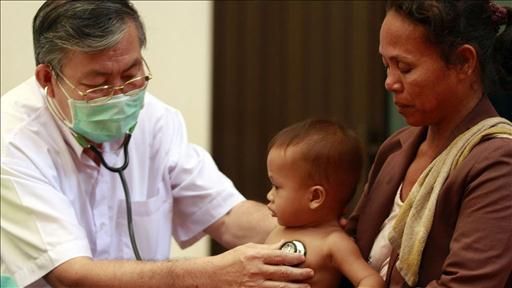 Health officials finally have an explanation for the mysterious disease in Cambodia that killed more than 50 children in the last few months.

China released data that showed import and export growth both slowed in June, while the Eurogroup put out a statement giving more details on plans to support Spain’s banking sector and allowing Spain more time to reduce its budget deficit via austerity measures.

Other metals ended lower, with silver the top loser.

Claudia Assis is a San Francisco-based reporter for MarketWatch. Barbara Kollmeyer is an editor for MarketWatch in Madrid. Sarah Turner in Sydney contributed to this report.