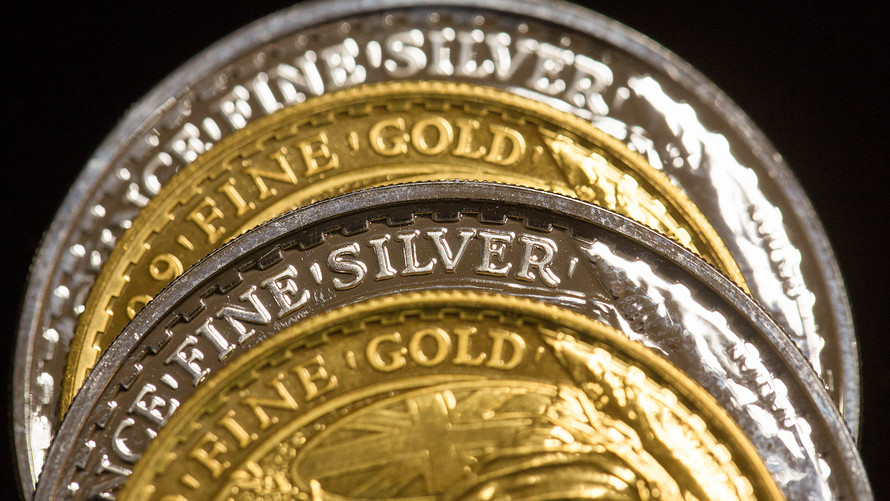 Gold futures rose Friday, leaving prices higher to end the week, after the Federal Reserve announced a policy shift Thursday that would allow employment and inflation to run hotter than in the past, implying that the central bank may keep benchmark interest rates lower for longer.

The Fed is shifting to a policy of average inflation targeting which would effectively see policy makers end the practice of preemptively hiking interest rates to stave off inflation. Instead, the Fed would allow inflation to run above its 2% target to make up for periods when inflation runs below it — signaling that a long period of ultralow interest rates lies ahead.

After volatile trading on Thursday, which briefly sent bullion surging higher immediately after the announcement by the Fed, gold ended sharply lower, with investors attributing that decline to investors profit-taking and attempting to interpret the implications of the historic move by the Fed, according to some metals enthusiasts.

“Gold prices were sent on a roller-coaster ride last night as investors tried to decipher what the Fed’s shifting stance on inflation could mean for the yellow metal, with prices soaring above $1,970 before careening below $1,910 in the immediate aftermath,” wrote Han Tan, market analyst at FXTM, in a research note.

For the week, gold saw a weekly rise of 1.4%, while silver tallied a weekly advance of nearly 4%, based on last Friday’s most-active contract settlements, according to Dow Jones Market Data.

Gold continues to be viewed as the “haven of choice, with silver closely following” as everywhere investors look, there are old worries, such as those tied to the global economy and pandemic, combining with new ones, such as the resignation of Japanese Prime Minister Shinzo Abe and the upcoming elections, said George Gero, managing director at RBC Wealth Management, in a daily note. This leads to the need for more asset allocations, “so $2,000 gold and $30 silver [are] coming soon.”

Precious metals also drew some support Friday from a weakening U.S. dollar that fell on the back of strength in the Japanese yen on the back of news that Prime Minister Shinzo Abe resigned due to his worsening health.

A weaker dollar can make precious metals that are priced in the currency more appealing on a relative basis.

Overall, gold and silver prices have been mostly marching higher as investors purchase precious metals as a perceived safe play against the uncertainty created by the COVID-19 pandemic. Responses to the deadly disease by governments and central banks have also bolstered appetite for gold, which is seen as a hedge against money printing and an asset the propers in a low-rate environment.

In U.S. economic reports, data on personal-consumption expenditure rose 0.3% in July, while core inflation for the month rose 0.3%, and a reading of consumer spending rose 1.9% last month, while personal incomes climbed 0.4% in July. The final consumer sentiment survey in August, meanwhile, rose to 74.1 from a preliminary reading of 72.8, according to the University of Michigan.

Back on Comex, December copper  added 1% to $3.0195 a pound, with prices based on the most-active contract prices settling above $3 for the first time since Aug. 19 and tacking on 3.5% for the week.